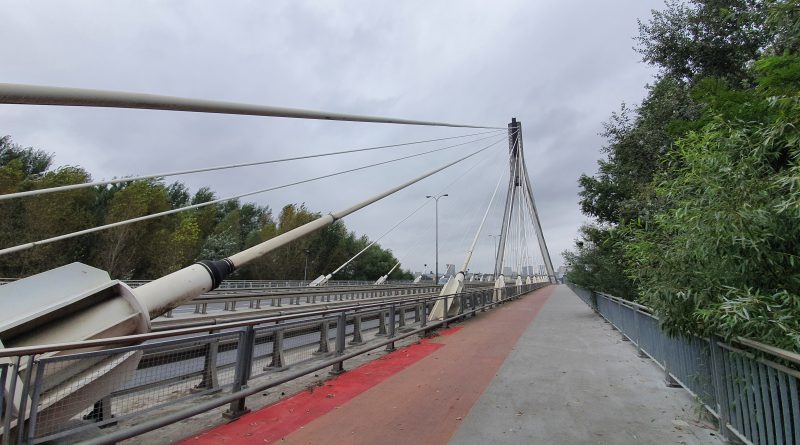 Most Świętokrzyski, or the Holy Cross Bridge in English, was opened on 6 October 2000 after being under construction for just over two years. It’s 479 metres long with one tower which supports the cables which hold the bridge up. It’s quite an impressive bridge in terms of its design, connecting the district of Praga with the main part of the city. There were plans to put a tram line across as well, but the new metro meant that they didn’t bother, so it’s a two-way two-lane road bridge, with space for cyclists and pedestrians. It replaced the Most Syreny, or Siren Bridge, which was built in just three months in 1985 to act as a semi-temporary bridge whilst Most Poniatowskiego was being reconstructed. This sort of temporary bridge wasn’t ideal as pedestrians weren’t allowed to use it and cars were limited to just 40kph whilst going over it. And views of the Vistula River and the city centre of Warsaw. The right-hand bank is Praga, which is rather under-developed in terms of construction, giving it quite a peaceful feel.