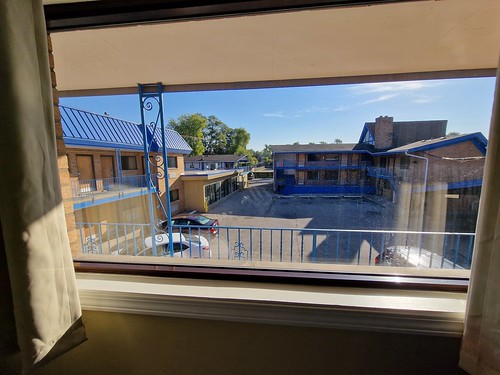 I had a rather lovely morning in the hotel catching up on things whilst being delighted with myself how cold I had made the room by having the air conditioning on full pelt. I accept that there are environmental issues, but I overheat too easily and Chicago in October was too hot for me so it was an occasional treat. 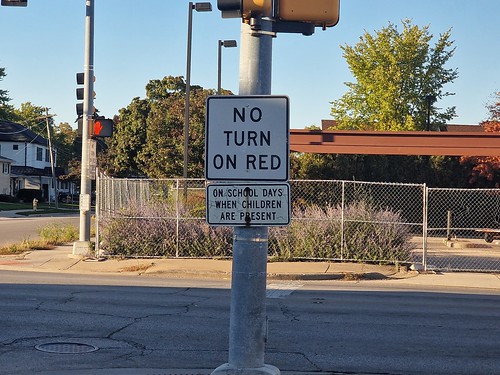 However, I thought in the afternoon that I’d go for a meander to a nearby brewery. I did wonder about this sign and how car drivers are supposed to know that it’s a school day, but perhaps I overthink things. I was quite annoyed at these traffic lights as they took over two minutes to change which as a pedestrian seems excessive to me. It also annoyed me that they’ve banned jaywalking in the United States as I couldn’t risk crossing the road in case I was fined. Again, perhaps I overthink. But I was standing there for two minutes and that gave me time to think, although it was primarily about whether the lights were broken and were never going to change. But, I digress. 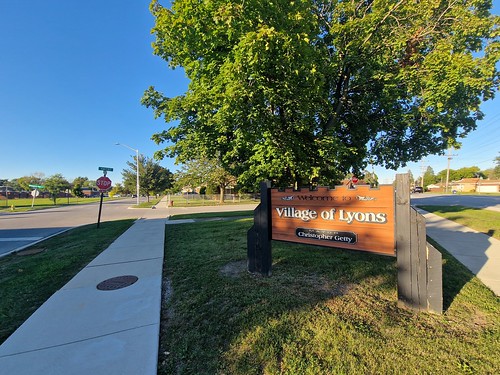 Although I was in what I’m calling Chicago, I was more precisely in the suburb of Lyons. Wikipedia notes that this was a hotspot for political corruption and dodgy businesses in the 1960s and 1970s, but it has been cleaned up now and is very middle-class. 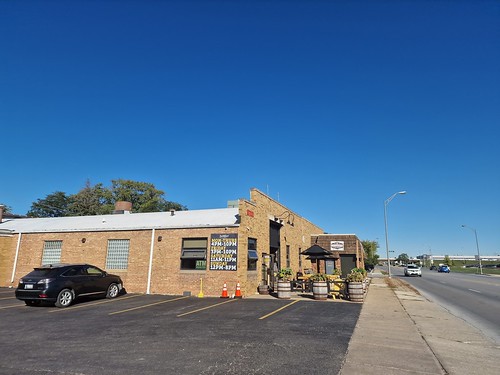 I was heading here, to the delights of BuckleDown Brewing which opened in December 2013. It was well reviewed and within a twenty minute walk of the hotel, so it would have been a travesty for me not to visit. I’m also glad it was on the side of the road that I was walking, as it’s located on 47th Street which I had no idea how to cross and it was like the M25 in terms of traffic volumes. I’ve noticed I seem to be spending an inordinate amount of time writing about traffic issues, but I was in the United States and I feel that’s allowable since everyone seems to own eight cars. 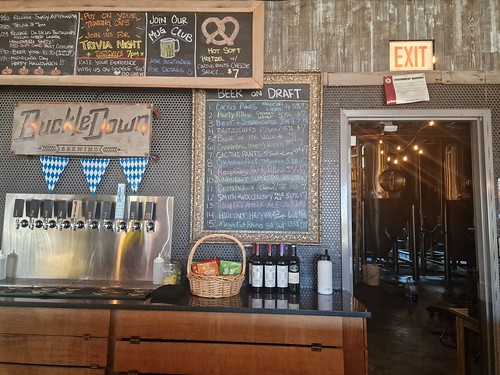 I was the only customer when I entered and the staff member was very welcoming and conversational. She talked me through all the beers that the brewery made and they only have their own products, with no guests. They are heavily into pale ales, but they had various different beer styles amongst the mix. 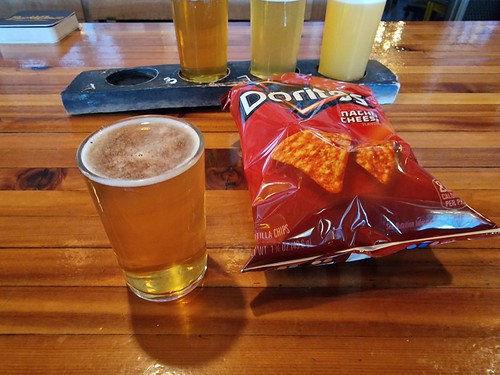 I asked if they could do me a flight of beers so that I could try a few, which the staff member willing did and offered recommendations. I did the food pairing choice all by myself though. I tried six beers (I was at the bar for a while, indeed so long that it was quite busy when I left) and the quality was really rather good, I especially like the Cactus Pants with Lime and Sea Salt, which is a twist on their core lager. There were two standout beers though, the Hideout Hazy Blood Orange IPA and the Mega Fat Rino Imperial Stout, both delightful. Oh, and the Nacho Cheese Doritos complemented the beers perfectly. 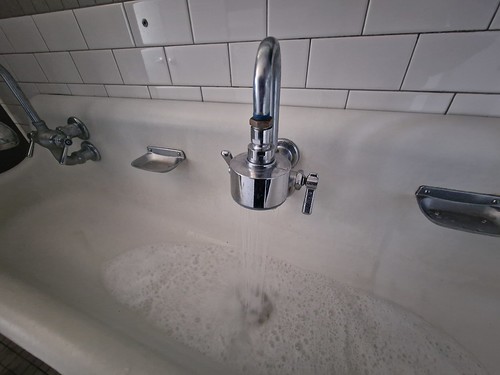 As an aside, the taps were very aggressive and it was like being under Niagara Falls for my hands. Indeed, this was more of a waterfall than what I had walked a few days previously.

I really liked this brewery as the customers were interacting with each other and with staff, so it felt laid-back and inviting. The surroundings were clean, the service was timely and I felt very welcome. The taproom is open every day and as I mentioned earlier it’s well-reviewed, although someone left 1/5 and described himself as “a bud light man”. I make no comment. All very lovely and as I often mention, I’d merrily recommend this location and indeed also the brewery’s beer.