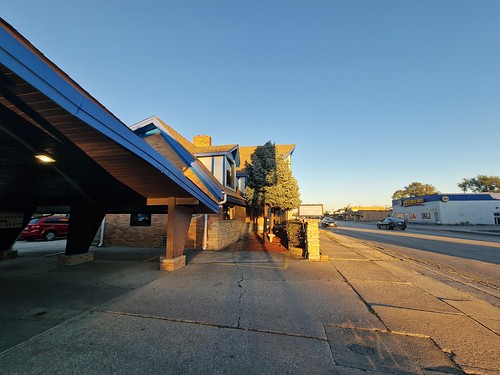 I had been very grateful when arriving at this hotel, where I was staying for four nights, after the hassle I had getting there. The staff here were always personable, friendly and engaging, with this hotel offering excellent value for money. Part of the Choice Hotels group, the rooms here were around £60 per night including breakfast, which I thought was marvellous given the problems with the exchange rate when I was there. 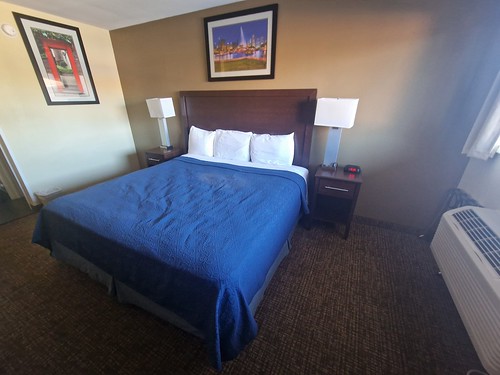 All very American motel, with everything been clean and comfortable. The wi-fi worked well and there were no noise disturbances either internally or externally. The air conditioning made the room freezing cold (this is optional, although I have no idea why people wouldn’t want this) which I considered to be another major plus. 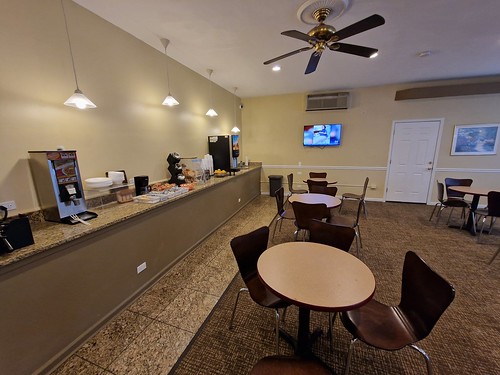 The breakfast room with cereals, muffins, waffles and doughnuts. Very American. It was often busier than this, but I was always able to get a seat. 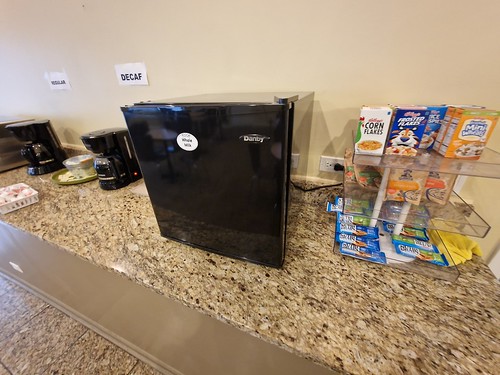 The coffee counter and I liked those breakfast bars that they had. 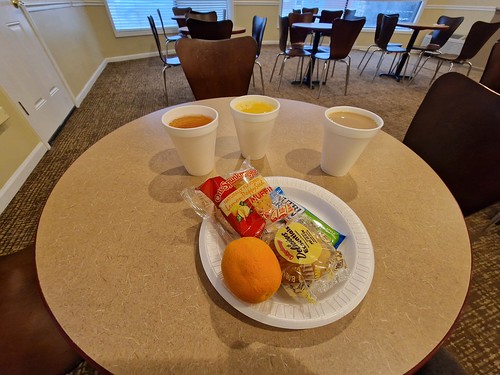 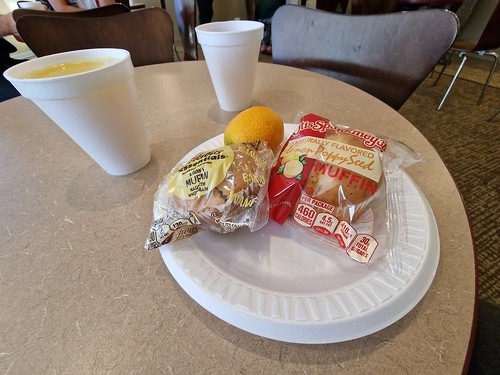 Those muffins were really quite lovely too. Nathan would have liked the Otis Spunkmeyer lemon poppy seed muffin.

The hotel isn’t as well reviewed on-line as I think it deserves, especially given that there’s an indoor swimming pool and other facilities there as well. Someone complained that there isn’t a phone in the room, which is usually a complaint that is made by Americans of European hotels, but that is a slightly strange omission for an American property. I wasn’t overly concerned by the lack of a phone it has to be said. At least they had made an effort with the breakfast rather than just providing the cheapest possible options they could find, which I’ve seen before with some US hotels in the Choice Hotels chain. 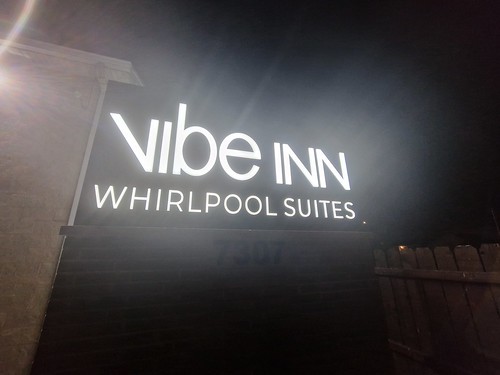 Scott and Deb were staying down the road at the Vibe Inn Whirlpool Suites. I feel it’s best that I don’t recount too much of their story, but they had their own birthing pool in the room and it was quite an exotic location to say the least.