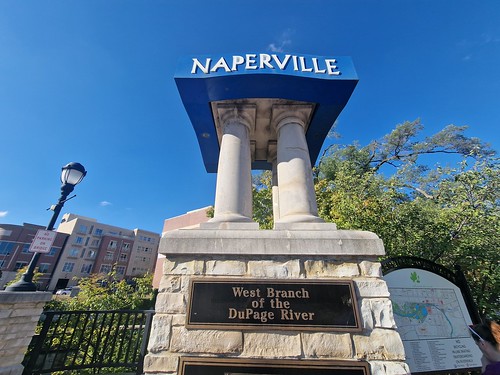 After the minor disasters of the previous evening, all was soon well once again on the morning of day 14. I had breakfast at the hotel, and more of that in another post, before Scott and Deb came to meet me at the hotel. We didn’t have much of a plan, so decided that we’d drive (more specifically we decided Deb would drive) to Naperville, which is in the metro area of Chicago, but is 45 kilometres away from the city centre. Given the whole pandemic situation, I hadn’t been to the United States since 2019 and I think that’s when I last saw Scott and Deb. 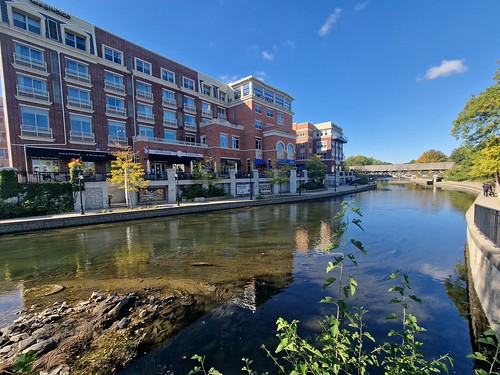 It’s a pretty town which is centred around the DuPage river which runs through it, which has been rather beautifully landscaped. The town is named after its founder Joseph Naper, who created the settlement here in 1831. It’s something of a shame that countries are so heavily settled today that it’s unlikely there are many new towns created by individuals, these things tend now to be organised by Governments. I suspect I’d struggle to create a little town near to North Walsham given the planning restrictions and likely angry neighbours. Anyway, I digress, although I like the name Whiteville. Takes me back to the days of Sim City. 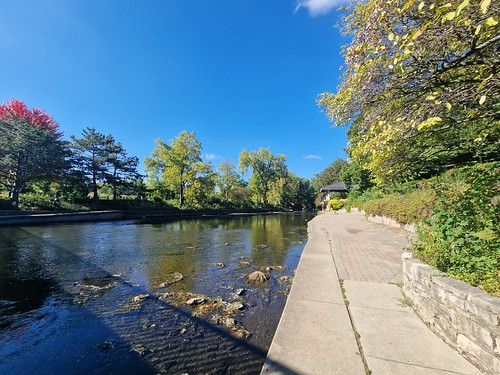 We meandered down the river which was suitably clean and calm, I think there’s a fair bit of money in this part of the country. 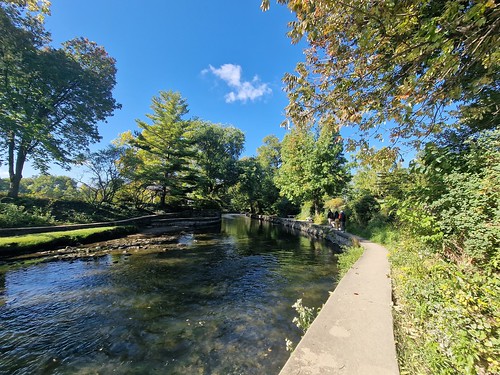 Beautiful and I was very reassuring to Scott and Deb that I wouldn’t take them on a walk of over 25 kilometres. 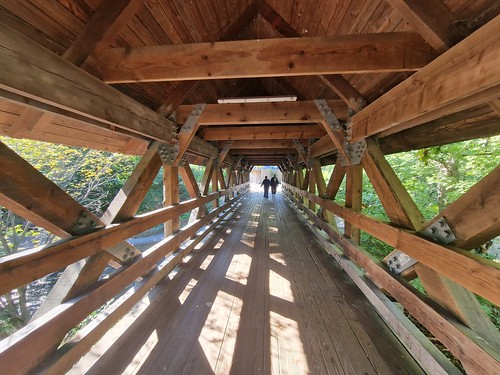 The bridge over the river. 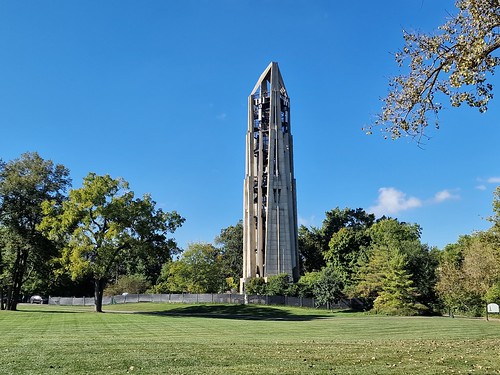 The Millennium Carillon, an observation tower and bell tower. 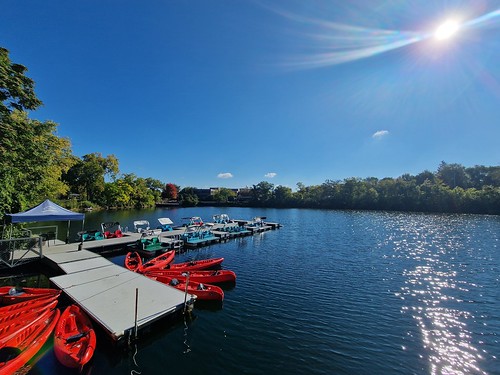 We were here on 1 October (I accept I’m very behind with this blog) when it was all closed up for winter, although I’m sure it’s all quite vibrant during the summer months. Scott and Deb are from Wisconsin, so they’re used to everything outdoors being cold and shut during the winter months. 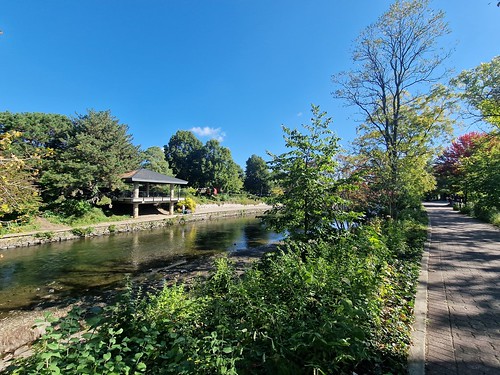 Walking back along the other side of the river, merrily catching up on gossip. 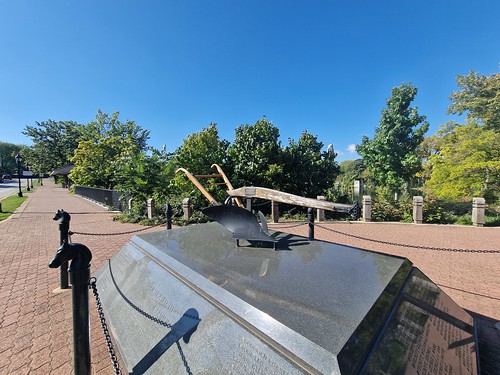 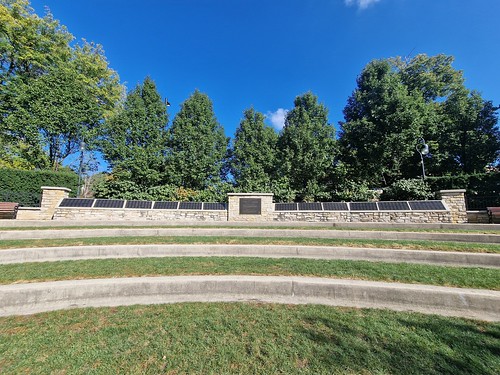 The millennium wall and labyrinth, installed at the beginning of the century. The wall “stands proud and strong for the thousands of people who lived in Naperville at the turn of the third millennium” and the labyrinth is to “mark the unity and continuity of life”. We were fortunate with the weather, it was warm, whilst there was a gentle wind to ensure that I didn’t overheat. 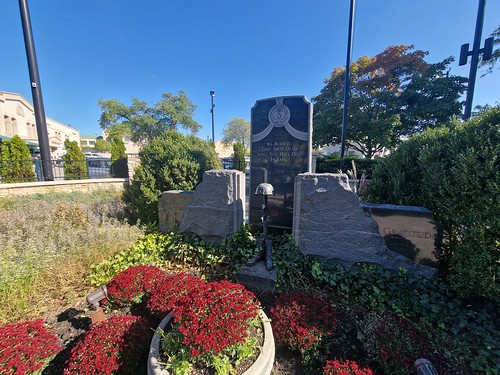 A war memorial commemorating all those from Naperville who have died in military conflicts since 1812. 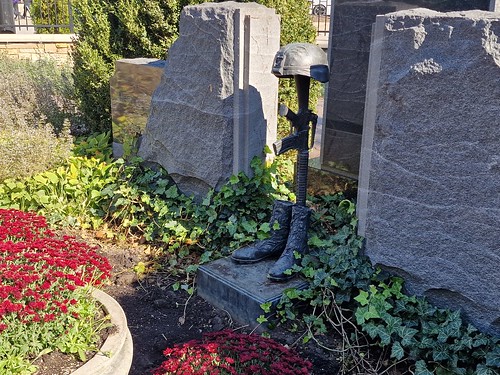 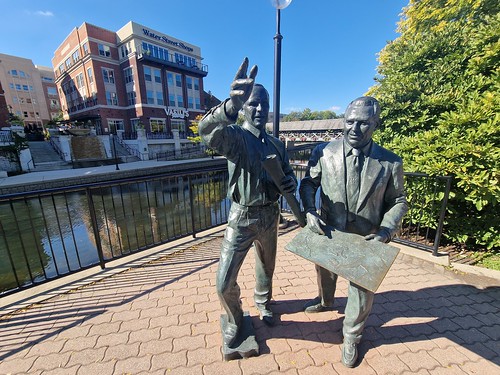 I thought it was Morecambe and Wise at first, but it’s actually the visionaries behind the riverwalk which was planned in 1986. 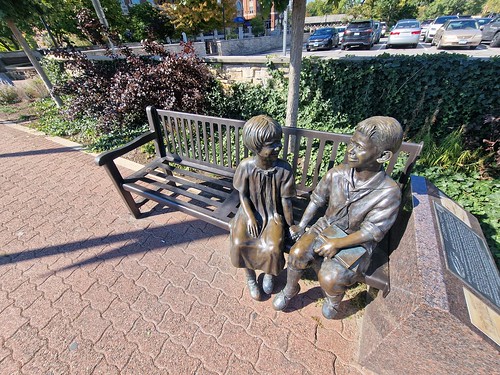 A lifetime together, a slightly over-sentimental statue perhaps, the story of this is at https://www.centurywalk.org/impact/art_details.cfm?artID=19. I did like how much artwork that has been placed in this area, it adds some atmosphere and interest to proceedings.