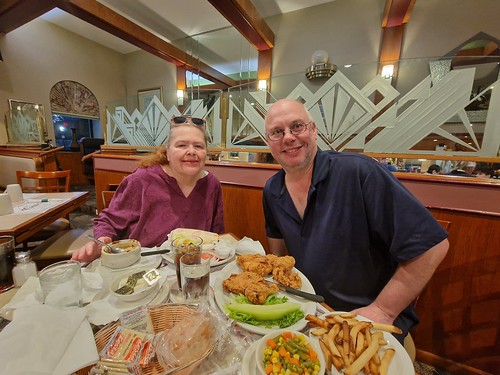 For the evening meal, after our busy day chasing puddles on the waterfall trail, Scott and Deb chose Connie’s Family Restaurant which proved to be a very good choice. Established in 1944, it’s a well reviewed traditional American restaurant which is family owned and operated that is open relatively long hours, from 07.00 until 22.00 every day. 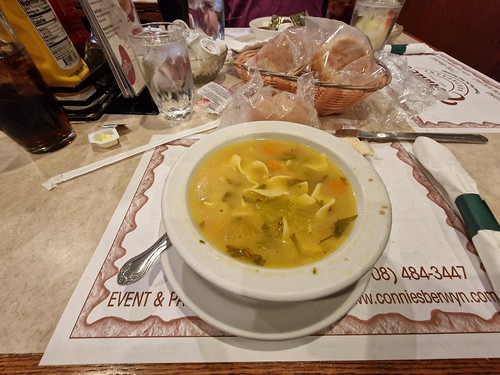 I can’t say that this is rare in the United States, but I did think that the menu was too large for the size of the restaurant. Although, having noted that, the food they served was excellent, but I do wonder whether they need such a breadth of dishes. I’m afraid that the name of the restaurant has escaped me, but when I was three (so just over 15 years ago….) I do know that I went to a restaurant chain in the United States and the whole stylistic element of this menu reminded me of that (I’d add that the menu must have come back with me from the United States, I don’t have an encyclopaedia memory of past menus). All very exciting.

As is common in these family restaurant style set-ups, there is a free soup provided to start with and also a heap of crackers and breads are carefully heaped up on the table. This is the United States, they can also pile up butter without people complaining that there’s not a clear calorie count available. 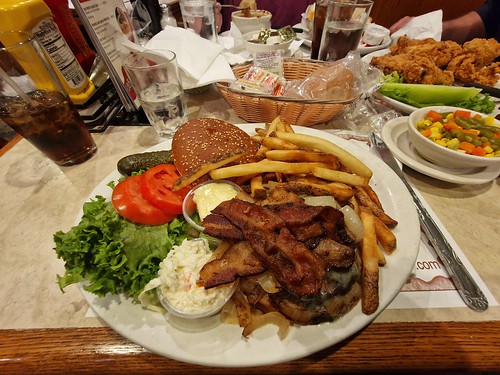 The bacon blue burger with, well, bacon and blue cheese, as well as the heap of fries and salad on the side. Incidentally, let me mention once again that the United States know what to do with bacon, it should be streaky, crispy with the fat nicely burnt. Delicious. Also, I liked the subtle gherkin at the back, this should be included with all burgers. Indeed, this burger meal is set out just as I would serve it, with the meat being cooked appropriately to medium. Note Scott’s heap of chicken in the background and they’re his vegetables, I would hardly ordered those.

The service was as expected in the United States, which was attentive, personable and welcoming. The surroundings were dated, but I think that’s part of the concept with a family restaurant, it’s about being homely rather than necessarily on-trend. Although the restaurant is located in a suburb of the enormous city that is Chicago, this still felt like a venue in a quiet backwater and retained its charm because of that. 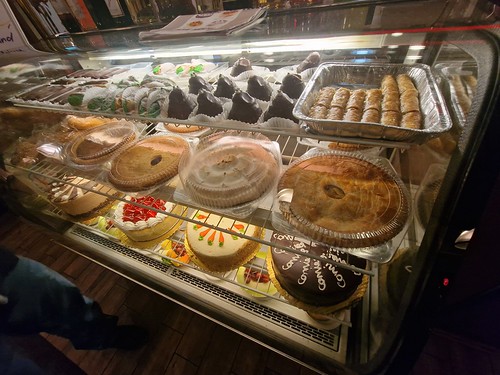 I didn’t feel the need to go for a dessert, not least as the portion sizes of the starter and main had meant that unnecessary. But they were, of course, available in a cabinet near to the bar. I didn’t delve too deeply into the beer options here as I noticed the rather generic nature of the selection, with a limitless coke seeming more suitable in any event. I was also aware that the next morning I was embarking on a pilgrimage to the holy land of Goose Island.

A very good choice and if I was in the area again, I’d merrily return here.