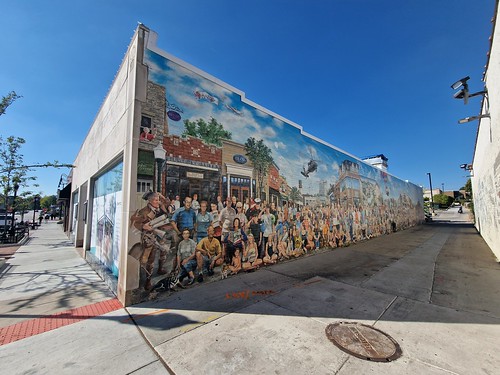 I’m not sure that I’ve seen such a realistic (I will shy away from representative for reasons I’ll mention later) mural as this one in Naperville, painted between 2011 and 2013. It features a number of local scenes and I understand that the individuals featured in it are real people, making this something of an epic project to have undertaken. 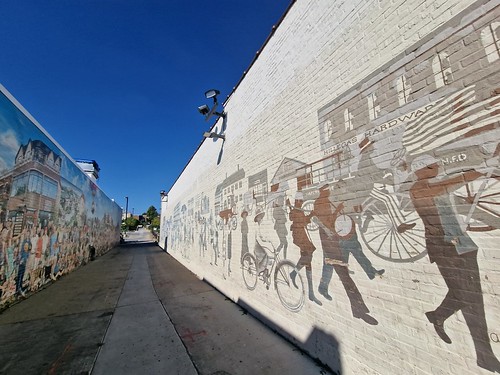 One side is modern Naperville and the other a more historic scene. The lead artist for the project was Marianne Lisson Kuhn and I’m pleased that there appears to have been no vandalism of the mural over the ten years that it has been here. I rather suspect that this wouldn’t last too long in many locations within the UK with numerous ‘humorous’ additions added. 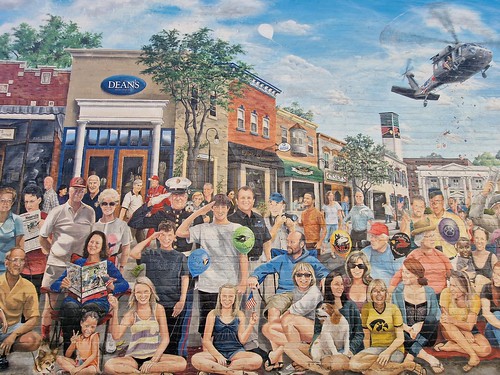 One really positive element about this mural is that it’s a snapshot of time in around 2011 and 2013, so people can see younger versions of themselves as well as remember others who were in the town. I’m not sure about the helicopter though, it makes it look like it’s some Chinese type surveillance of the local denizens. 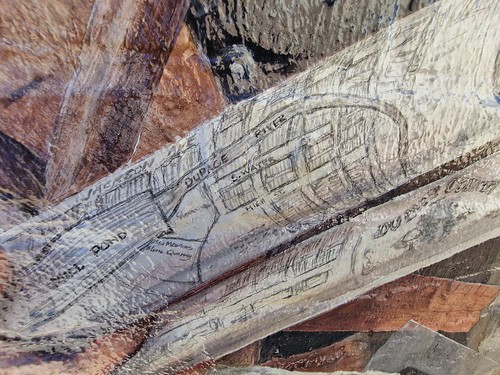 The detail is incredible, this is a close-up of one of the documents that an individual in the mural is holding. 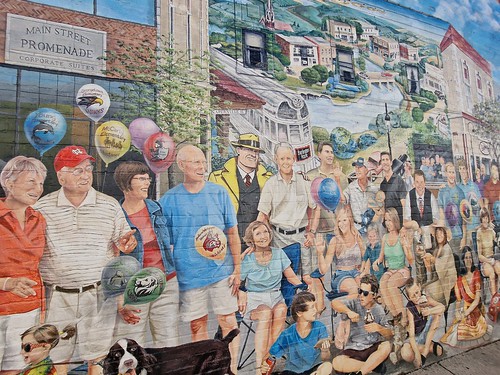 There has been a campaign in Naperville recently to either destroy the mural or repaint elements because it doesn’t show the diverse nature of Naperville. Personally, I rather hope they don’t damage the mural, there’s space to create a more diverse imagery of the town as it is today if locals don’t feel it’s representative. In defence of the Century Walk Corporation who originally commissioned the mural, they note that they did include people from diverse backgrounds and they are willing to extend it, which all sounds very positive. It would seem really rather lovely to do something every ten years to show the development of the town and its population. This is the sort of thing that Dereham should have.