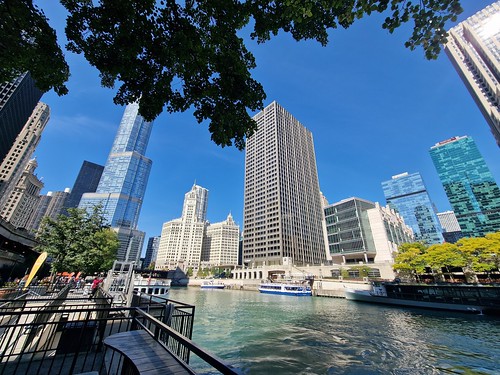 I’ve mentioned before that I’m not one for sitting outside, but this well reviewed craft beer and cider bar is primarily outdoor based and I thought that the views were really quite impressive. Located on the Riverwalk and looking out over Chicago River, this felt suitably on-trend as a location and just a little exciting. 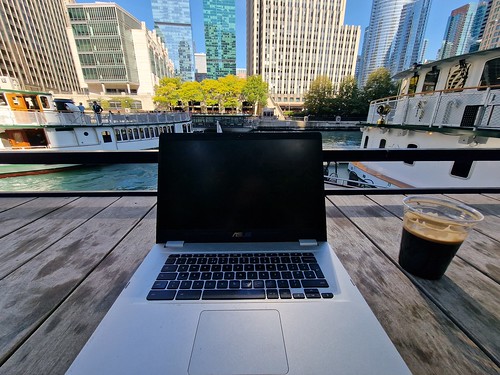 My wide angle camera has distorted the shape of my laptop, but this felt a rather comfortable place to work for an hour. The beer was also suitably decadent, the very passable Neighborly Stout from Begyle Brewing who are a local outfit. The downside of all this al fresco drinking is that the beer had to be served in a plastic glass, but it was a creamy and rich stout so it could withstand that drinking vessel. 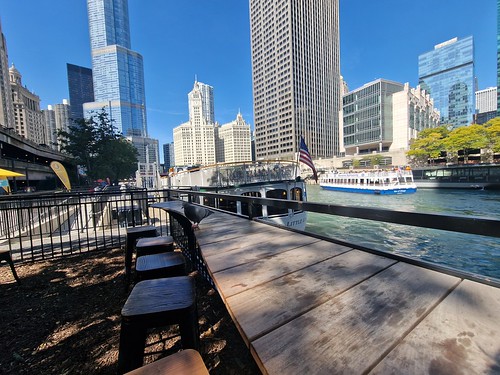 I was glad when someone came to sit there, as that pigeon kept staring at me and I wasn’t sure if he would launch into an attack. I’m pleased to say that he didn’t. They did serve a basic menu of food including some tempting hot dogs, but as usual I was concerned about some aerial attack from a bird wanting to steal it. 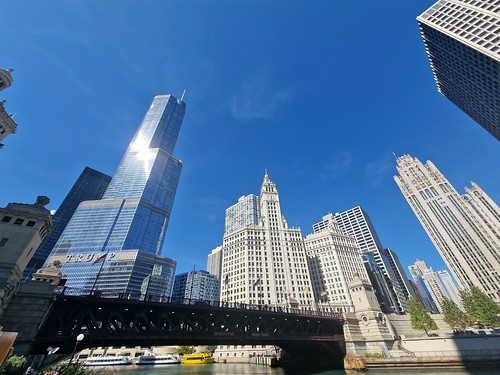 I was also pleased that the city wasn’t living up to its reputation as the Windy City, it was all peaceful and calm in terms of the weather. All really very lovely.