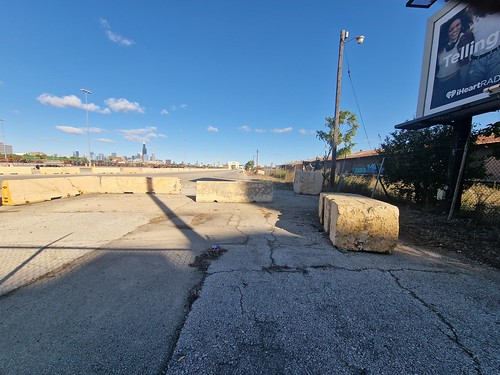 It’s not the easiest of treks back from central Chicago on the BNSF railway line as there’s just one train in each direction every two hours at weekends. It’s not ideal. Although I was fortunate that I couldn’t buy a public transport pass at O’Hare when I got there as this service isn’t included. This is outside Western Avenue railway station and the skyline of Chicago is in the background. 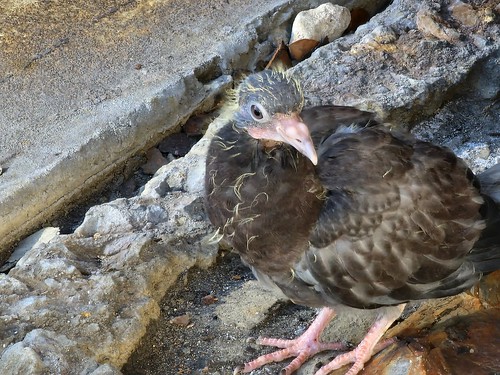 A pigeon and it wasn’t clear what I could do to help it, if indeed anything. I should have saved some of my McDonald’s if I had known. 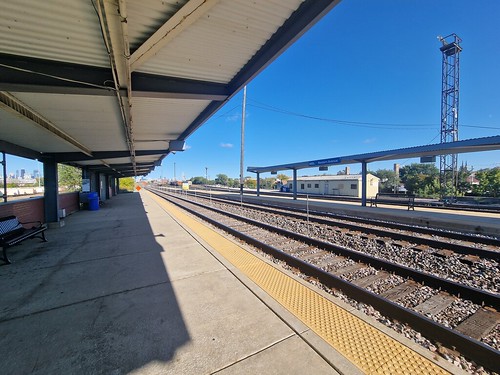 Buying tickets for this service in advance is impossible if you don’t have a US phone as for reasons unknown to me (and indeed the Chicago public transport authority who run the service) they’ve blocked access to the app to foreigners. At the same time, they’ve shifted the ticket purchase system for BNSF to the Ventra app which is blocked, including putting all of the special offers on it. Great planning as they also advertise these offers to visitors to the city from around the world. For those who haven’t been able to pay on-line, tickets for the BNSF line need to be purchased at the station itself if ticket facilities are available, but they weren’t here as this station was hardly packed with anything of use. Although there was a bin on each platform, so it could have been worse. 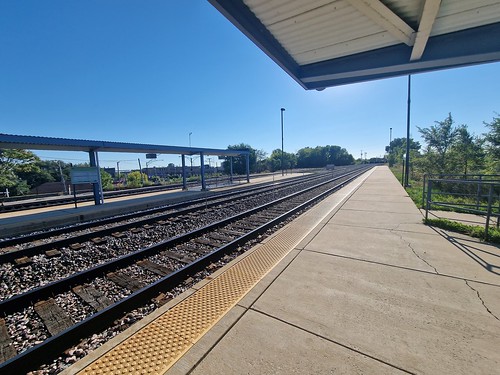 It wasn’t exactly packed with passengers either. 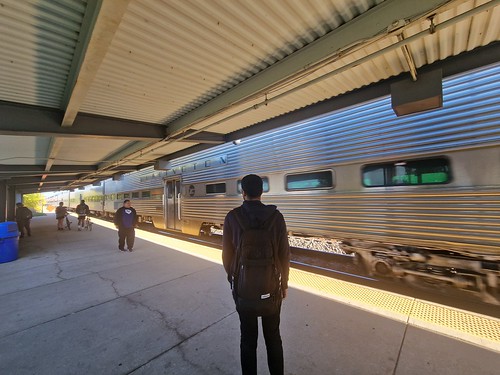 I liked the double decker train when it arrived though, although I’ve been on this some years ago so it wasn’t entirely new. Usually trains in the United States are operated by Amtrak, but this is one of the relatively few exceptions and it’s run by the same company who own the rail lines. 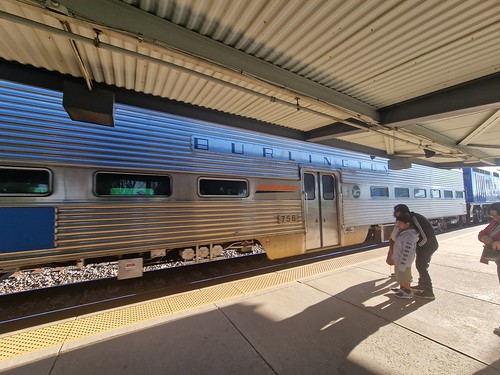 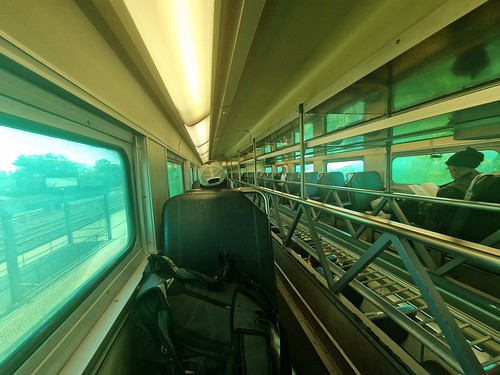 I like double decker trains and I headed upstairs. The conductor walks through the middle on the lower section and does the ticketing for both levels from there. After reaching up to give me my change and ticket, the conductor wished me a pleasant time in Chicago, it was all rather convivial. My bag needs some repairs incidentally. 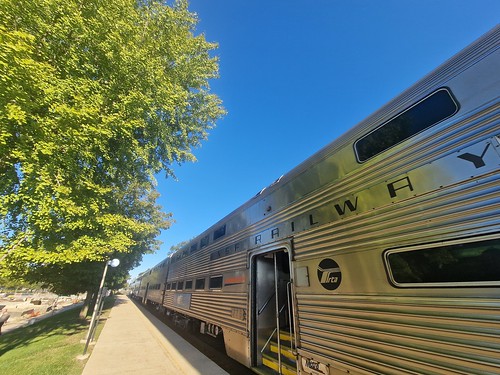 It’s shiny and quite lovely. I do like these great behemoth trains, they sound like a proper piece of engineering on rails to me. And there’s a big step to the platform to add just a little more excitement to proceedings, although I’d note that there are disabled access carriages as well across all rail services in Chicago. 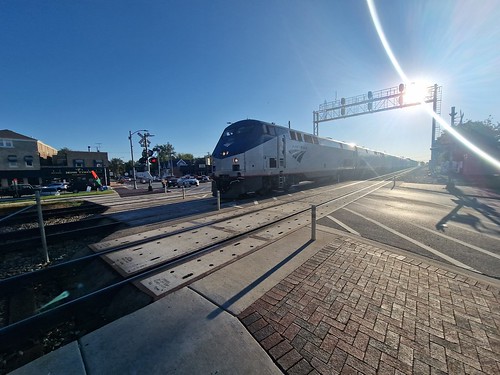 And off it goes having set me down at Brookfield railway station. The line runs from Chicago Union station all the way to Aurora transportation centre, which is just to the west of Naperville.