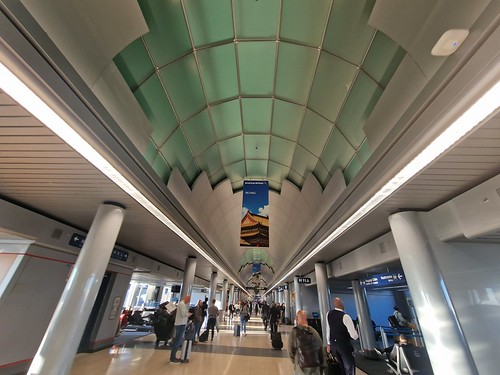 Having safely arrived at Chicago O’Hare airport I remembered something that I had read on Flyertalk, which is that American Airlines allow access into their lounges to departing and arriving passengers. I’m not used to this set-up, not least as in most European airports they don’t allow departing and arriving passengers to mix at all. But, nothing ventured and nothing gained. Although that sentiment can be reversed to be nothing ventured, but still the potential to be refused and look an idiot. 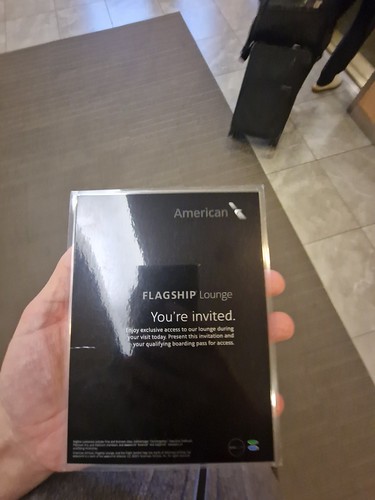 Anyway, despite the potential downsides, I thought that I’d visit the lounge and see what they said, with a friendly and helpful man at the desk saying that I was absolutely allowed to enter and not just that, I could visit the floor with the Flagship Lounge. Very lovely. It’s also quite exciting as they then press the button on the elevator and then a staff member already waiting on the second floor takes the card and offers a formal introduction to the lounge. 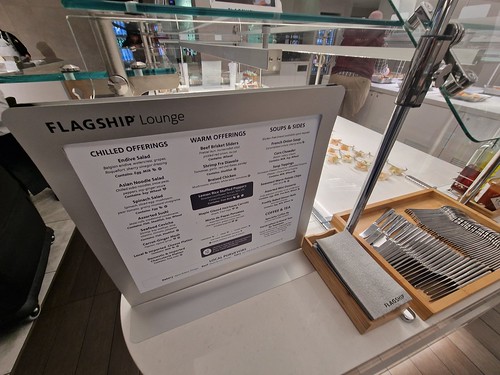 I’m going to come back to this lounge again as I had a much longer visit later on during this trip, but since I liked it so much, there can be two posts. Here’s the dining menu which was rather decadent and I liked the attempt to use local suppliers where possible. I was quite impressed at how neatly the cutlery was arranged and even how posh the napkins were. I thought it was all a bit too decadent for me, but it’s important to embrace these things, especially when they’re free. 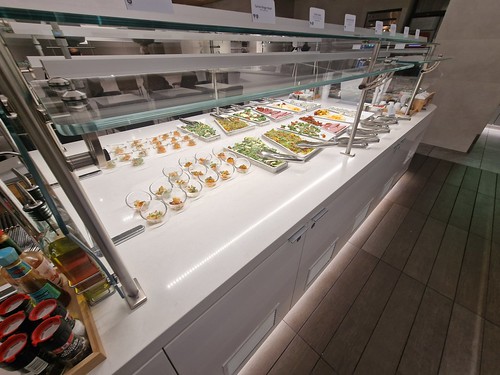 It’s all self-service as part of a buffet arrangement, here’s the cold selection. 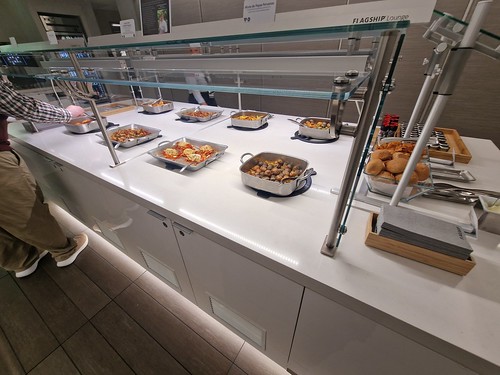 And the hot selection. 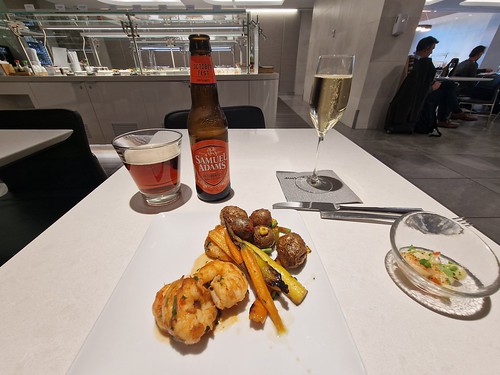 This was a rather lovely welcome back to Chicago and not one that I had really expected. I had been carrying the champagne they gave me at reception around the lounge not really knowing why I had accepted it as I’m more of a beer person, but I wasn’t going to let it be wasted. I had found a bottle of Samuel Adams Octoberfest, a new beer to me, to complement my prawns, thin little carrots (I don’t know what the technical term is) and roast potatoes.

Being somewhat uncouth and primitive, I have a habit of eating food with my hands, not least because chicken strips, burgers and pizzas are all best consumed in that manner. The food here was suitably upmarket for that to be rather difficult, it’s quite hard to use my fingers to eat a ceviche in a couth manner. What with the surroundings being spotlessly clean, the ambience feeling inviting, the food and drink being plentiful and finding it necessary to use a knife and fork, this was the little treat that I needed. 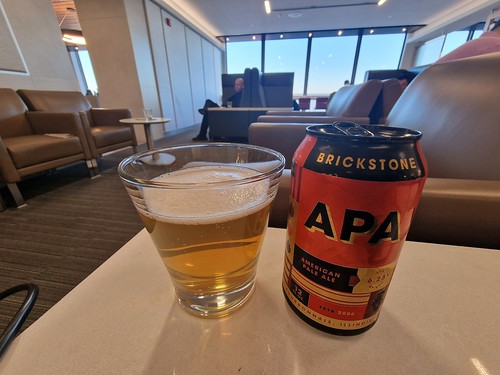 I took the time to charge up my devices to face the wild outside that was Chicago and then a second beer before I thought that I really must go and find my hotel. And that proved to be more of an adventure than I had anticipated, much more of an adventure…..