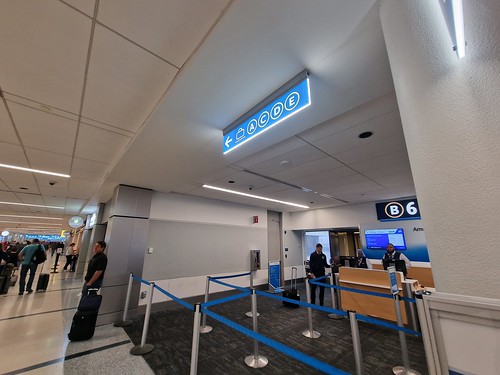 After several hours in the lounge, I was pleased that my flight to Chicago O’Hare was taking off on time given the situation with Hurricane Ian. Incidentally, I paid £4.30 and 7,000 Avios points for this flight which I thought was very good value for money, the redemption on internal US flights is generous especially as I had so many Avios from previous trips with BA. 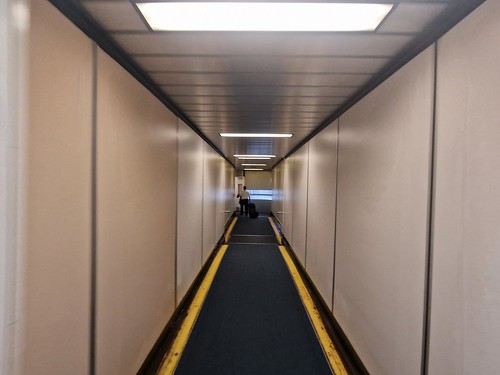 Here’s a photo of a corridor. OK, I’m running a little short of photos for this post. I can’t remember why I took this photo either. 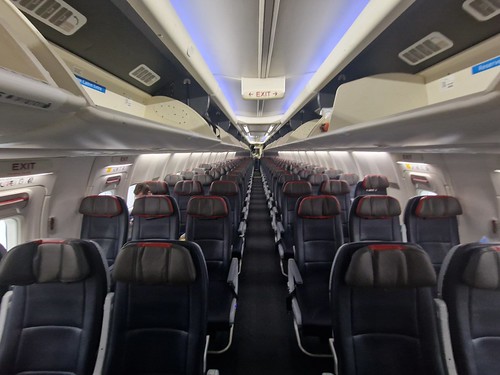 My BA status meant that I was one of the first to board the aircraft. Wooooo. I’d add here, in case anyone thinks this is a bit decadent, that I managed to secure BA silver status back in January 2019 by a series of cheap flights to Malta, I’ve been living off that ever since…. I’m slightly sad to say it’ll end (temporarily) in December 2022. 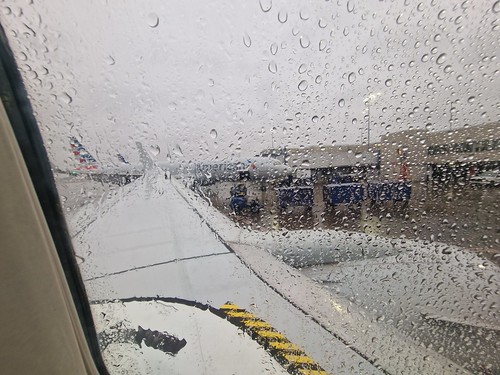 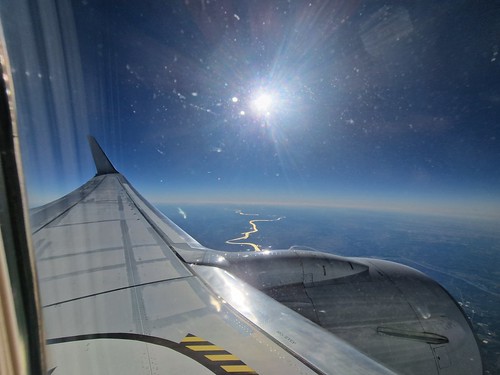 I really enjoy internal US flights, as although it’s not as good as train travel with Amtrak, it’s quite relaxing to gaze out over the country. 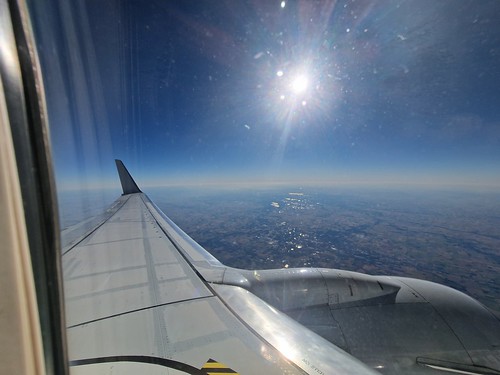 The weather got better as we neared Chicago, but the pilot never turned off the seatbelt sign. The crew also remained seated and there was no service offered during the flight, the weather conditions just didn’t allow it. 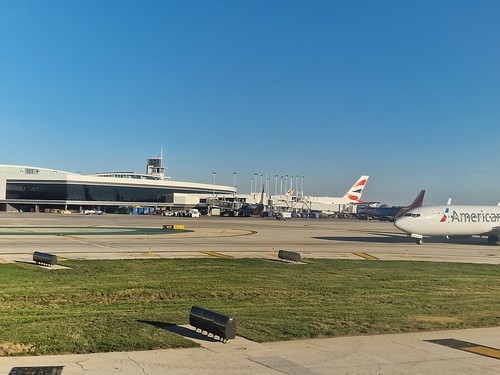 We sat on the tarmac for around thirty minutes after landing at Chicago O’Hare and I looked longingly at the British Airways aircraft. I don’t know why as I didn’t want to get on it, it’s just reassuring in its own way. As a flight, all was comfortable with American Airlines and I was pleased that I had arrived into Chicago on time. What could possibly go wrong…. (more to be revealed in later posts)