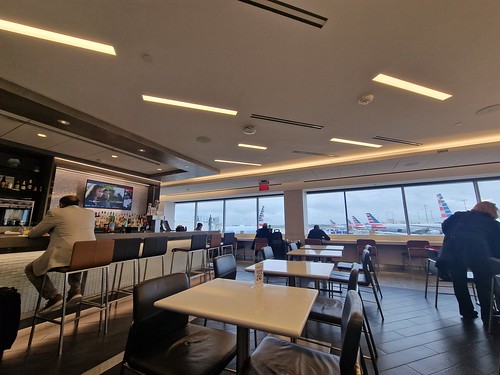 As previously mentioned, I was at Charlotte Airport with five hours until my flight whilst pondering whether the aircraft to Chicago would take-off given that Hurricane Ian was hitting the terminal. It was much weaker than when it was in Florida and South Carolina, but I was conscious early on that flights were starting to be cancelled and passengers were starting to leave the lounge to go home or make different plans. 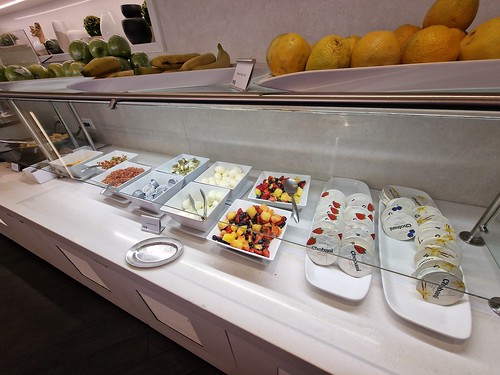 Whatever happened, I intended to be well fed. That’s actually the story of my life I think, but there we go. This is the breakfast selection and I’d note here that the welcome at the entrance to the lounge was warm and friendly, it all felt an inviting location. I sat at a table with a power supply, so I had food, drink, electricity and wi-fi. What a time to be alive! 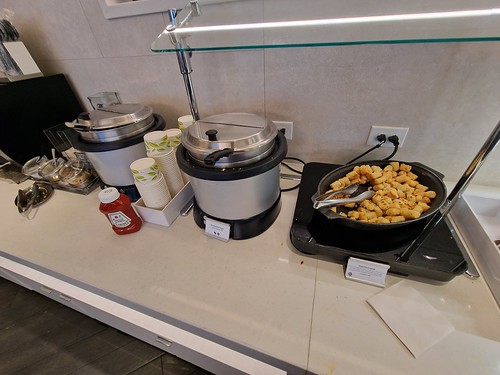 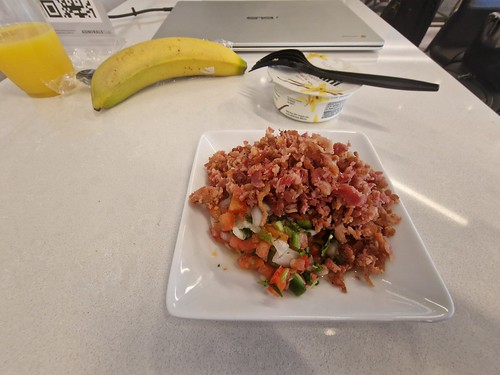 Bacon bits. Bloody delicious. I had a lot of these. 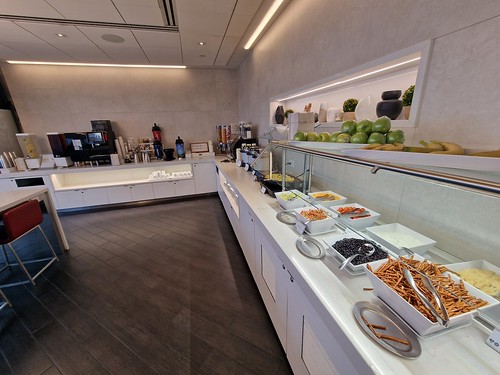 I was annoyed when the bacon bits ran out and the lunchtime selection was put out. 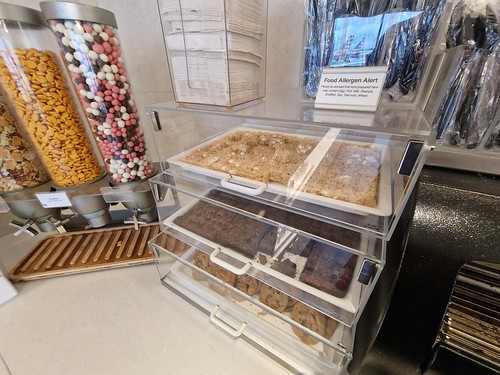 This is very American Airlines. Indeed, I’m delighted to hear that their lounge at Heathrow T3 has just reopened, as they have pick and mix there. Proper food. 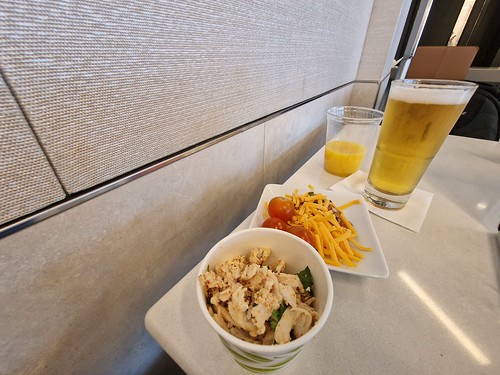 I understand that I likely caused huge distress and concern by checking into Untappd with Miller Lite. However, this was the only beer that was free of charge, so not being made of money, I decided it would have to suffice. I felt a little sorry for the staff member behind the bar, she had to warn customer after customer that they’d have to pay for their choice. Many already knew, some didn’t care and some were disappointed or annoyed. This is the problem that American Airlines have, they have so many status passengers that they have to draw the line somewhere. However, more on this and how it impacts positively on those of us with BA status (although I’d add mine is about to run out at the end of 2022, but that’s another story). 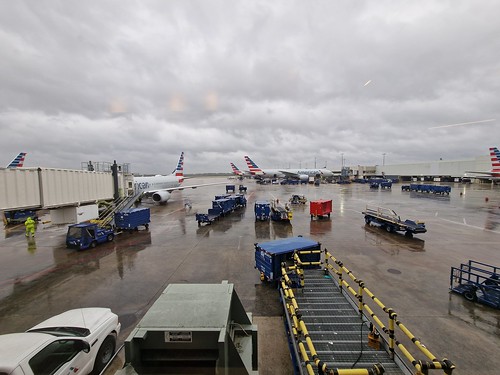 Things were looking better outside, the rain was easing off. 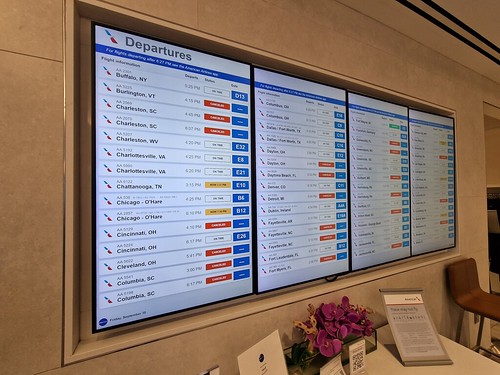 I posted this in my previous post, but this was the state of the airport. My flight was still departing on time, the flight Gods were looking down on me positively. As for the lounge, I enjoyed my time there, with friendly staff, a clean environment and plenty of food. Maybe they could be more generous with their free alcohol offerings, but I wasn’t unhappy with what they offered and I can imagine there must be financial limitations on what they can do.

Apparently it’s possibly to buy a day pass for $59, which at the moment is about £50 and I think that’s a little excessive. However, the lounge was spacious with two separate wings, one each side of the main entrance. I got entrance with my BA status and my flight was already very cheap, so I left feeling that I had received very good value for the small amount that I had paid. Most of all, I was just pleased that my travel plans weren’t impacted as I didn’t have much slack in the rather fierce itinerary that I had given myself.