Scott, Deb and I were refreshed with gossip, food and drink and so were planning to do something in the afternoon around Chicago. I had no specific ideas, but thought it might be rather lovely to go somewhere that I couldn’t usually reach with public transport. Then I saw that Waterfall Glen was well reviewed as a nature reserve, so I expected something like the above photo, which is Niagara Falls. 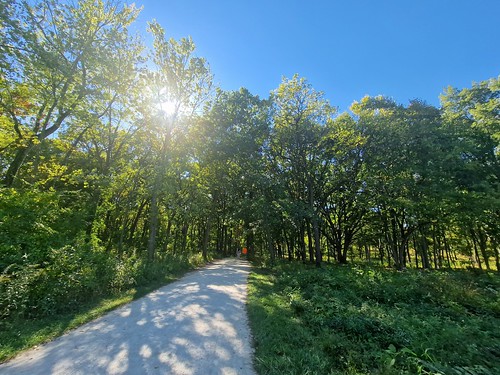 We were able to park for free in the large car park and so we set off, with me promising that this was genuinely a short walk and not 100 miles. Have I mentioned that I walked 100 miles? 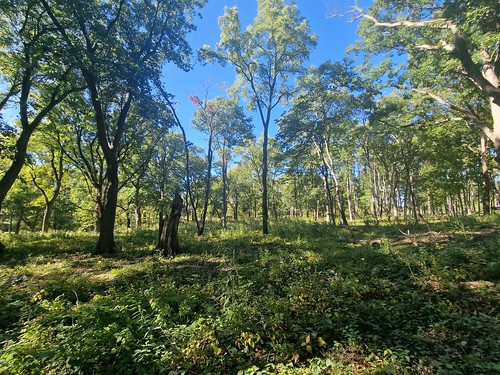 I tried to make it look as though I had been walking through woodlands, although I obviously wasn’t as I imagine that this was packed with snakes ready to jump out at me. I’ve been watching TikTok videos of a snake catcher in Australia and I feel that I’m getting more ready to tackle any snake that surprises me, but I don’t feel ready yet to go hunting them. 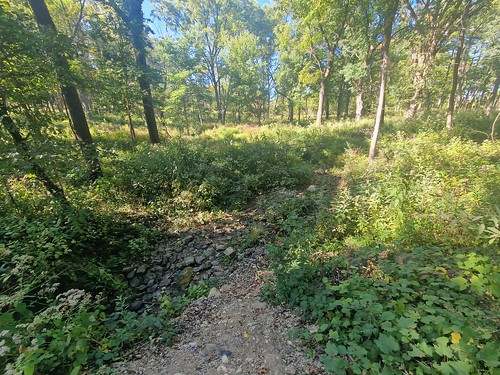 This wasn’t quite the thundering tributary that I had been expecting. 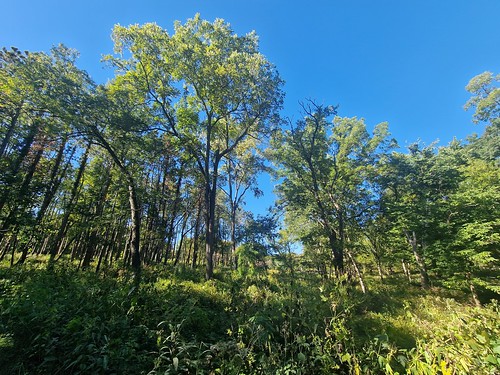 Some trees. I don’t know what they are and this isn’t a nature blog anyway. 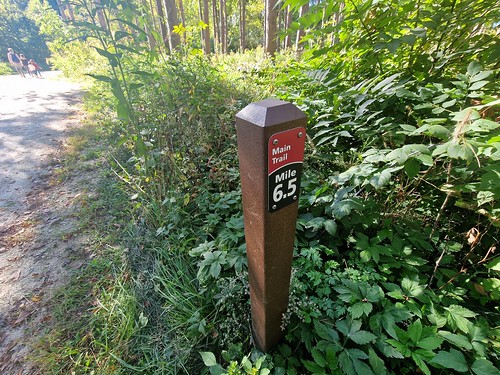 I might have uploaded this photo to Facebook to suggest that we had walked 6.5 miles which it’s fair to say would be a slight exaggeration. 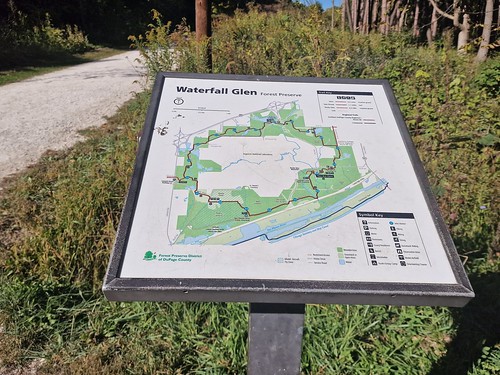 I could almost heard the thundering waterfall now and I was pleased to have navigated us to the right spot. I was wondering whether there might be a cafe at this major tourist attraction. 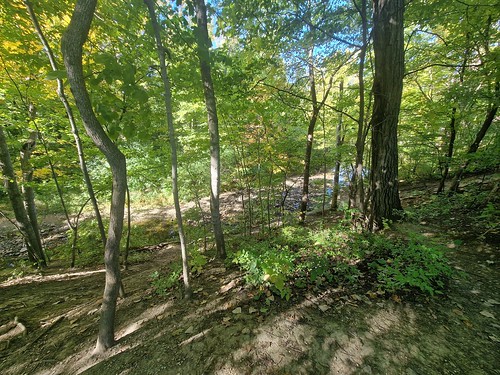 I was sceptical that the waterfall was going to be quite as thundering as I had expected given that the river was mostly dried up. 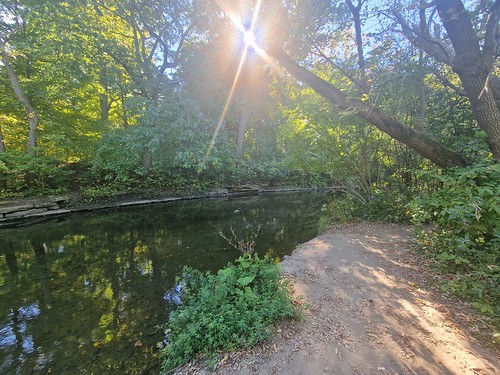 Here’s the puddle that the waterfall was cascading down from. 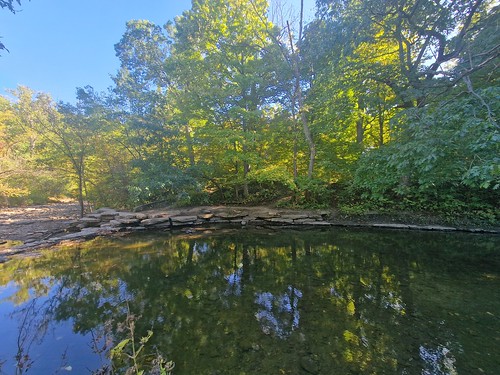 I had expected more white water from the waterfall that was coming crashing down. There was no cafe. 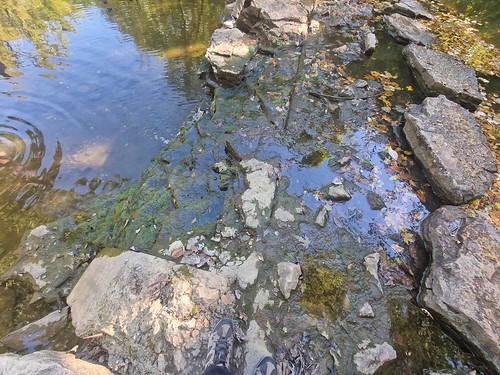 And here is the waterfall. It’s not exactly Niagara Falls is it? 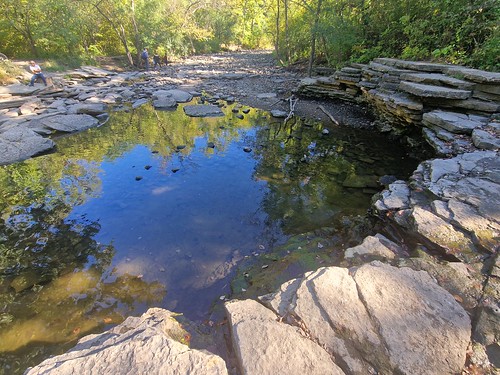 I did wonder whether it might be more appropriate to rename Waterfall Glen into Trickledown Glen. 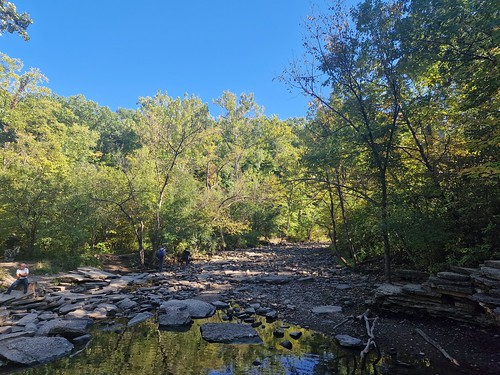 The landscape after years of being bombarded by the trickle of water gently caressing the rock. 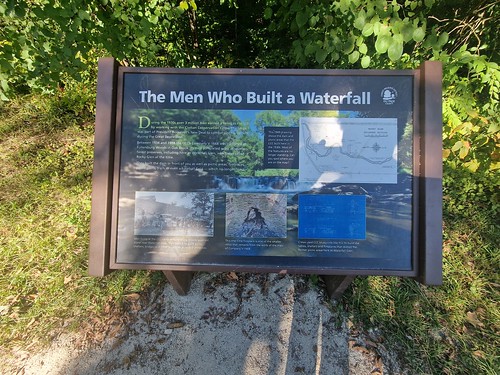 Here’s the information panel and I note that the creators of this site originally called it Rocky Glen. Yes, this is more bloody appropriate than Waterfall Glen. I didn’t say anything though, I wouldn’t want to upset the locals who might be proud of their collection of puddles.