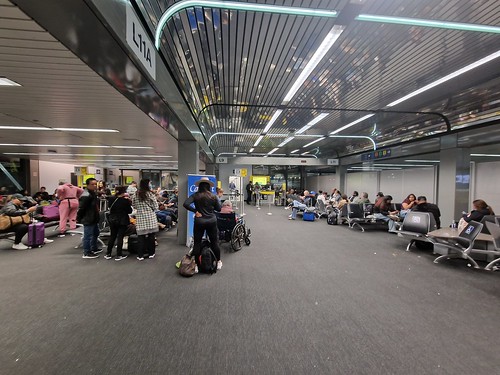 This was the section of my trip that had been messed around a little and so my planned trip by train from Chicago to New Orleans had to be cancelled. That was because a strike was going to be called by staff from the company who own the rail track, meaning that Amtrak were making arrangements to cancel some of their services. They pro-actively cancelled the first train segment and when I asked them on-line they kindly offered to refund the other segments in the itinerary. I was staying at cities such as Carbondale and Jackson, but given the water problems that the latter city has had recently, perhaps that was for the best. That mean I had a gap of one week and after rooting around on-line for some destinations, the cheapest flight was a return from Chicago to Las Vegas with Spirit Airlines. I do like Las Vegas, tacky as it might be, so that’s where I was heading once again.

In the above photo the gate for another destination is still open. A few minutes after it closed a man and his wife (or I assume it was his wife) turned up and realised that their flight details weren’t on the screens. Another customer told them they had missed their flight, but the man wasn’t believing it. He went hunting for staff whilst the wife looked on rather annoyed at the whole arrangement. He wasn’t best pleased at the whole situation when he couldn’t find any staff at the shut gate, so he went through the secure doors, although was soon ushered out. He then made some demands about stopping the plane. They didn’t. His wife then went from annoyed to bloody furious, so there was some entertainment then for the assembled masses who were going to Las Vegas. They trooped off just as the Las Vegas flight was going to board, I had wondered for a moment whether he had deliberately missed his flight so he could go to Sin City instead, but seemingly not. 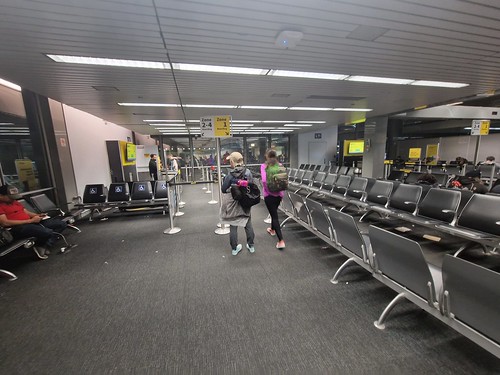 The boarding area isn’t quite as decadent and plush as American Airlines, but everything is functional and clearly signed. I had a cheap seat on the aircraft meaning that I was pretty much the last to board. I hadn’t paid for seat selection, but was pleased that I was given an aisle seat anyway, which is my preferred choice. Incidentally, there are strict limits on luggage and you’re only able to take a small bag on Spirit. However, like all these budget airlines, they seemed entirely happy with my backpack and I was content to put that under the seat in front of me. 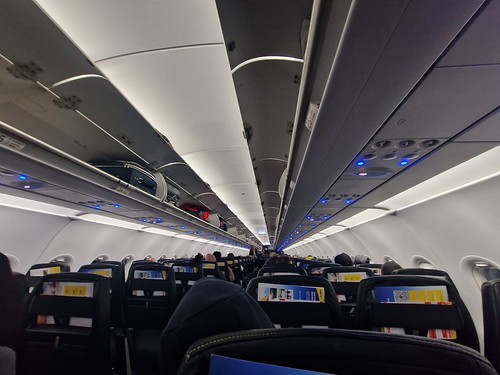 Safely seated and ready for the off. Note that there was plenty of overhead space available, that’s a result of not allowing any large bags in the cabin without charging for them. It was a smooth boarding arrangement, but budget airlines do like to keep their turnaround times as minimal as posible. 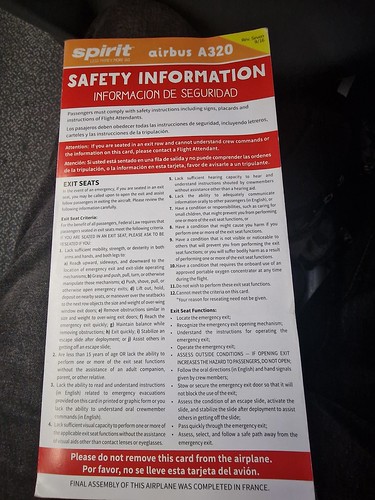 As the safety card states, the aircraft was an Airbus A320. I fell asleep for a chunk of the flight as is my usual way, testament though to there being no disruption on board. The flight landed on time, the crew were friendly and the pilots made useful and appropriate announcements. Even with the horrendous exchange rate when I booked this flight, it was still only £50 each way which I thought was very reasonable for a late booking. There was a trolley which went down the aisle (not on its own, crew were pushing it) selling food and drink to customers and although the prices were a little expensive, they were selling a fair amount. 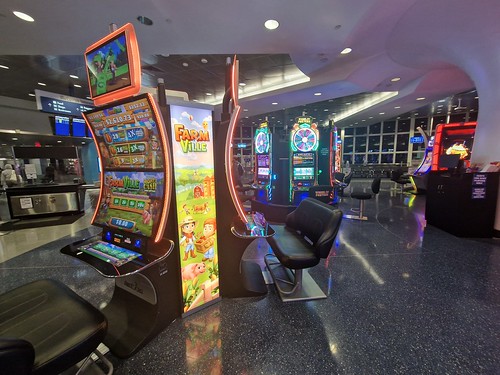 It’s always good to be back in Las Vegas. As an aside, I was initially concerned that Spirit were going to fly me to an airport I didn’t know, as instead of seeing McCarran Airport on the ticket as I was used to, it was Pat Reid Airport. This is a change since I last visited the city, they renamed the airport in December 2021 as McCarran had made anti-Semitic and racist statements whilst he was alive and it was thought things needed to be amended. Reid died at the age of 82 just a couple of weeks after the airport renaming, it must be a proud moment to know that you’ve had a major transportation hub named after you.