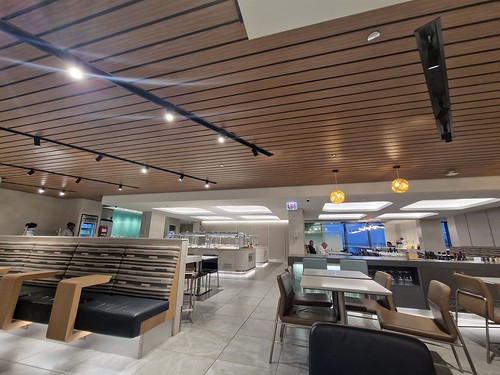 This was my second visit to the American Airlines Flagship Lounge, as I had visited on day 13 of my trip, and I was very excited to be back. I was one of the first to enter the lounge for the day and was given my special card to use to be allowed onto this luxury floor. I must warn my two loyal readers that there is quite a lot of mention of food in this post. 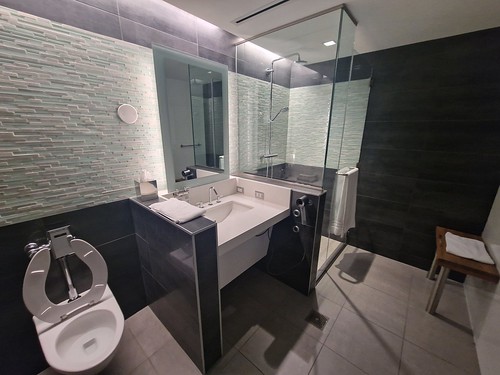 First it was time for a quick shower in one of their decadent bathrooms. I had to be smart for a decent lounge like this. 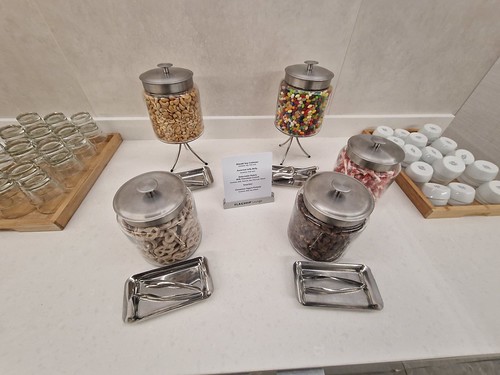 Then I got some pick and mix to go along with my welcome drink of a mimosa. What a time to be alive…. 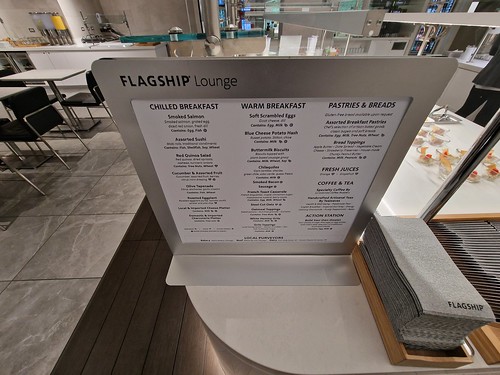 This was just what I needed after a week of excess in Las Vegas. I say excess, it was hardly the Hangover movie, but there we go. 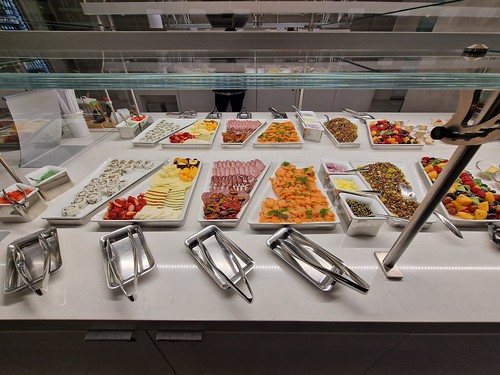 This is pretty much the perfect breakfast for me. 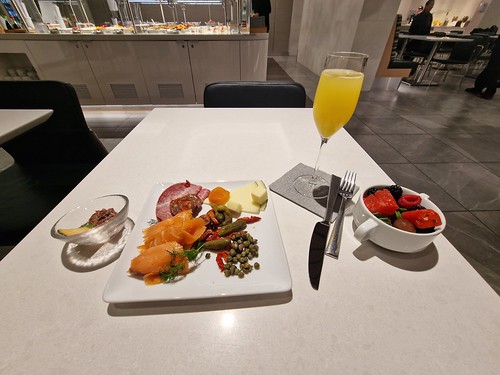 I can still remember this plate of food, pure luxury. I didn’t sit far from the food. I was quite amused that a staff member went on for some time that the omelettes were coming soon as the chef was coming out to make them. She told everyone where they’d need to queue and explained it was best to get in first before the wait. I’m not really an omelette person so I focused on devouring capers and chorizo, but I thought that I’d watch the rush and the countdown for opening. Let’s just say that the rush wasn’t quite what the staff member expected. The chef came out, there was no-one there and they went back into the kitchen. 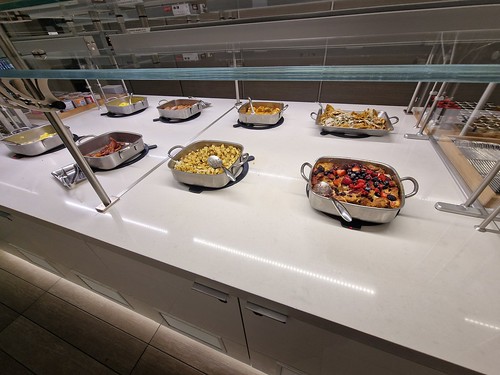 Note that the Americans can cook bacon, all crispy and the fat burnt off, which is the correct way of serving it as far as I’m concerned. My breakfast was all about the cold selection, but there was no shortage of choice here for those who wanted it. 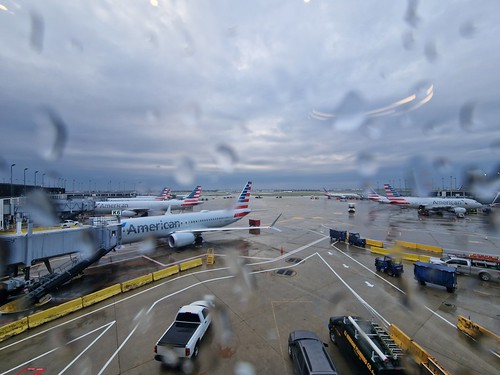 I had seven hours in this lounge, so a lot of it was spent with my laptop whilst occasionally gazing out onto the tarmac. 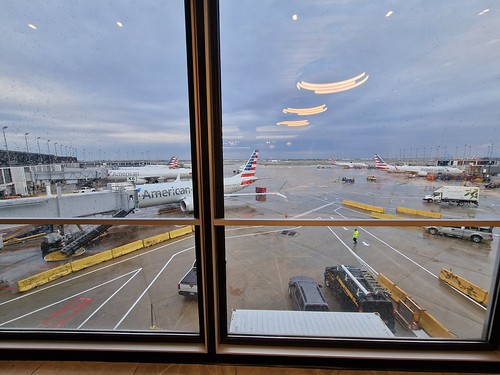 And it wasn’t always raining. 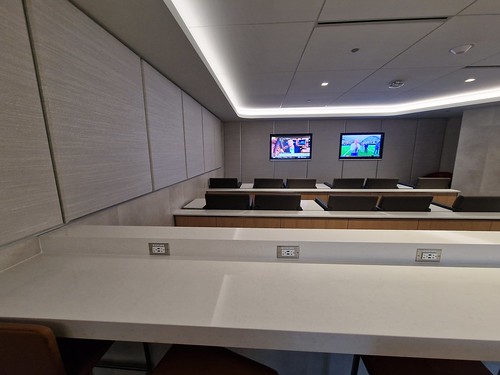 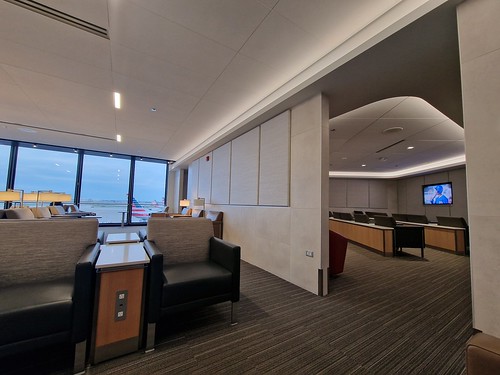 One of the many quieter seating areas and I think this was the easiest lounge I’ve been to in terms of finding a plug to charge my devices at. 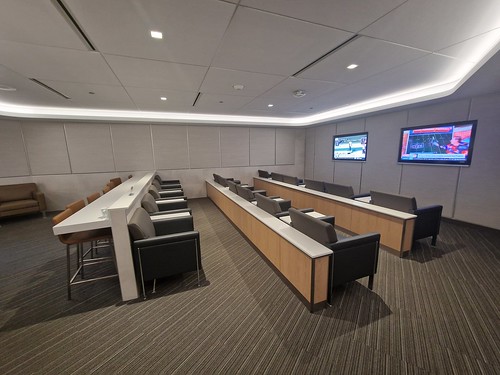 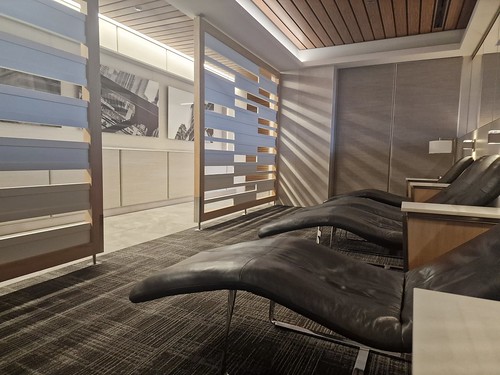 I fell a bit asleep in the cinema room and a staff member came over when I was slightly awake, I initially thought to complain at me. Sleeping in lounges is a bit controversial, as is evident from the latest discussion about the matter on the BA forum of Flyertalk. However, she wasn’t complaining at all, she wanted to let me know that they had these sleeping areas if I would prefer that. I did. 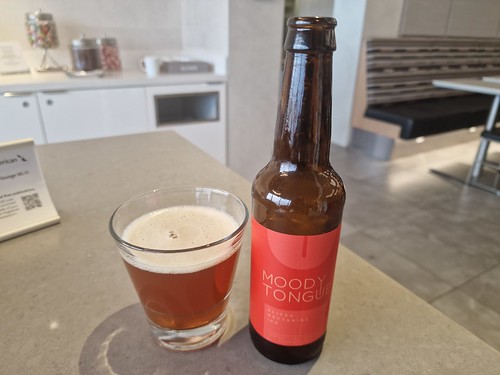 After my little nap I thought I’d better check the beer selection in the lounge and there were around five craft beer options. This was certainly one of the better efforts that I’ve seen in any airport lounge and although I don’t really drink wine, there looked like an extensive range of those as well. 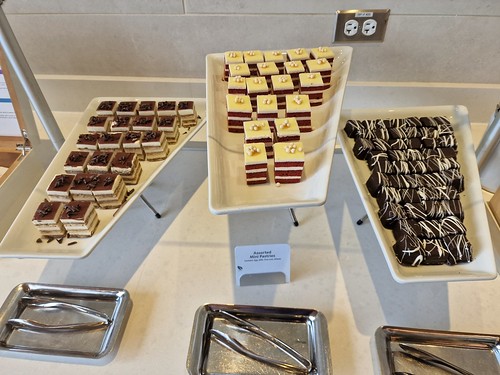 And then the cakes, as it was starting to get to lunchtime. 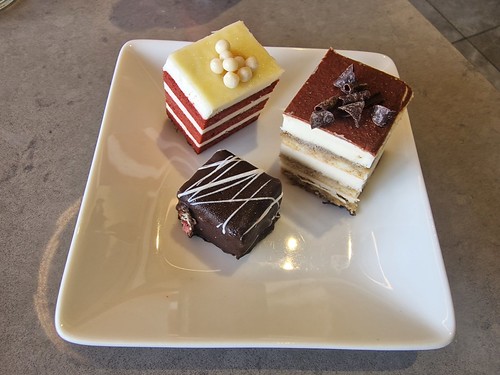 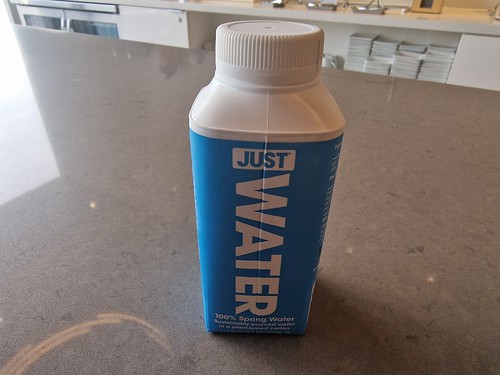 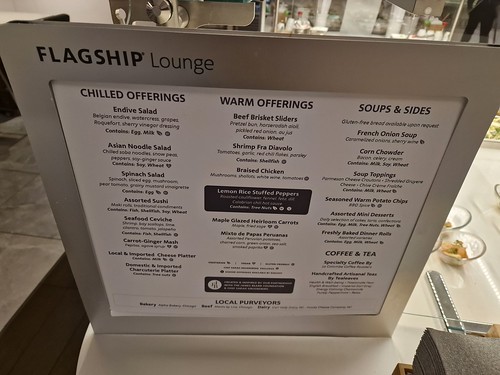 And before I knew it, I was ready for lunch and the menus were switched to excite me. 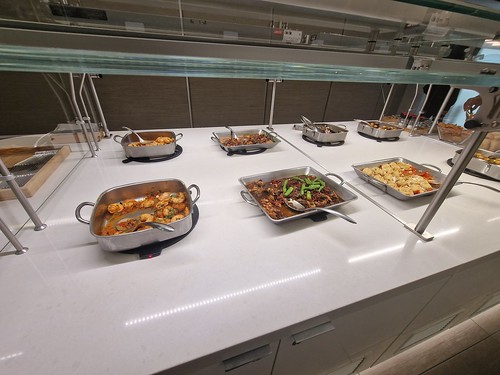 The chicken and prawn dishes were very moreish. 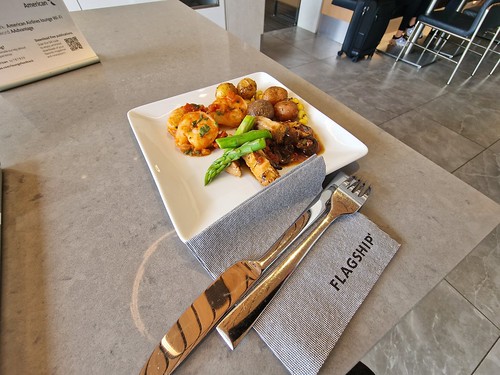 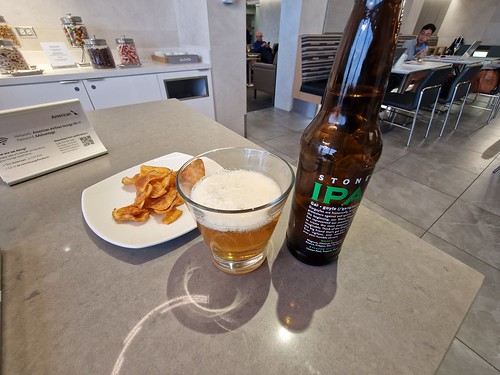 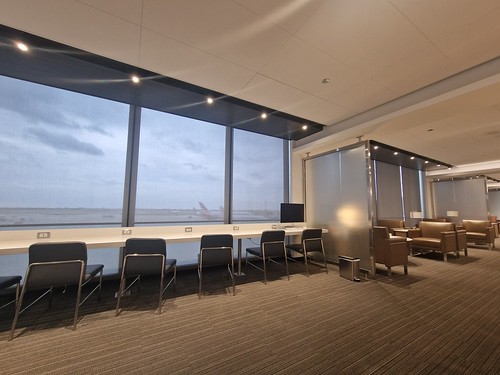 I sat here pondering that I could happily live in this lounge for a couple of days, or, at a push, around ten months. 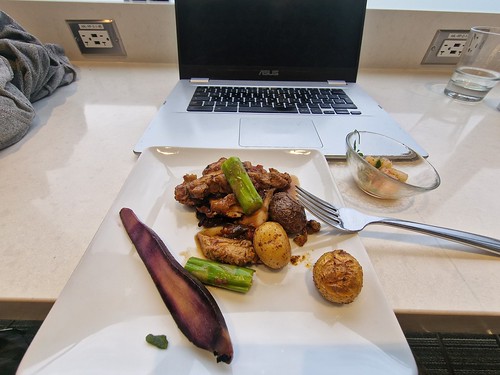 Not long before my flight, so I thought I’d better have a final snack. 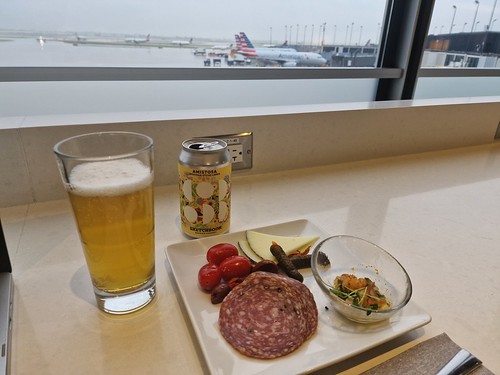 I changed my mind and thought I’d better have another final snack. I don’t get to go to Flagship lounges very often. 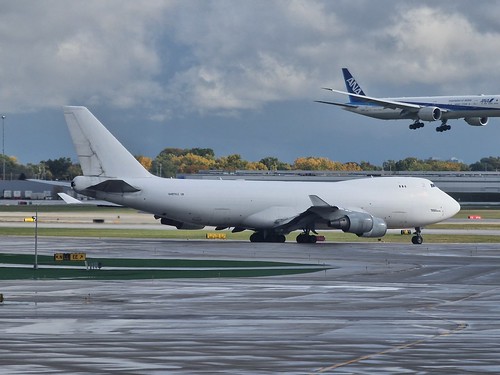 I thought that this looked exciting, but it seems to just be a cargo aircraft. 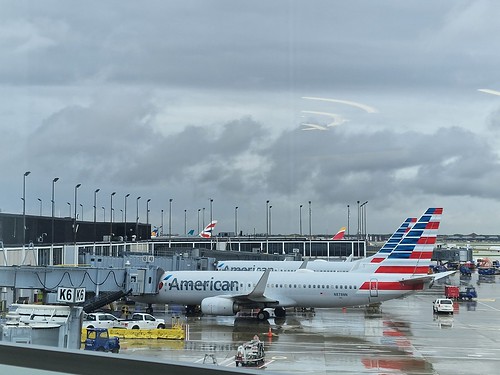 With that, it was time to leave. It’s fair to say that I’d had a quite marvellous time. I was here on my silver status from BA that I got back in January 2019, with the flight I was about to take costing $9 and some Avios. I’m not sure that BA have made much on me to be honest. With regards to this lounge, it’s one of the finest going and American Airlines should be very proud of it.