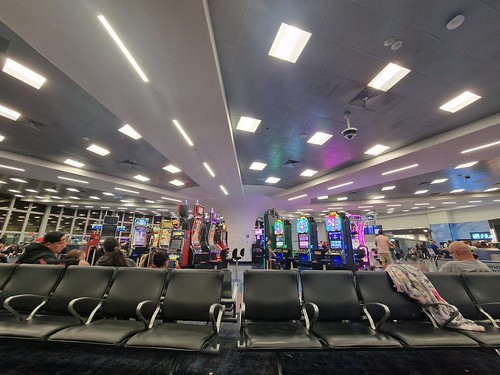 I’m really not sure there can be many other cities in the world where the departure gate is packed with these machines crammed in between the seating areas. I was just pleased though that my flight was going as scheduled as it would have caused problems with my itinerary if it had been cancelled or delayed, but all was going to plan. The boarding process was a bit muddled and something of a free for all, which I didn’t quite understand why as there was assigned seating and there’s no problem with getting space for bags in the overhead lockers due to how Spirit charge. I just hung back and waited for the rush to dissipate. 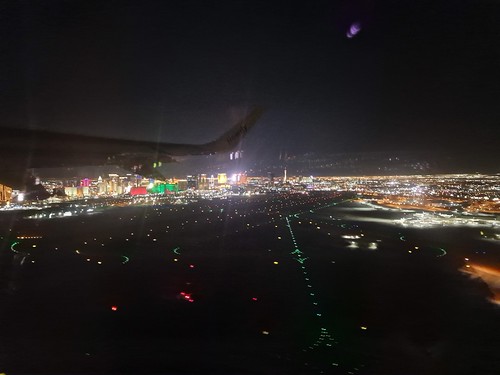 I didn’t pay to pick a seat, but I was randomly allocated a window seat and that suited me fine to have a last look at Las Vegas. I put my backpack in the seat in front of me and there were no issues with having sufficient space or the size of my bag being queried. 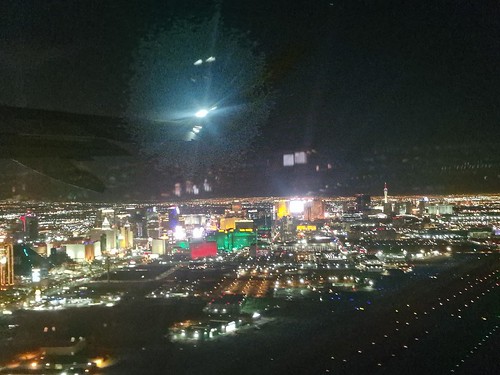 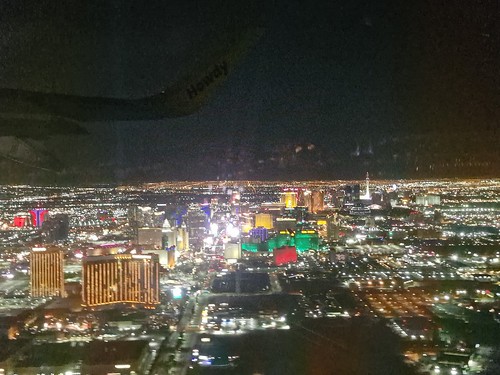 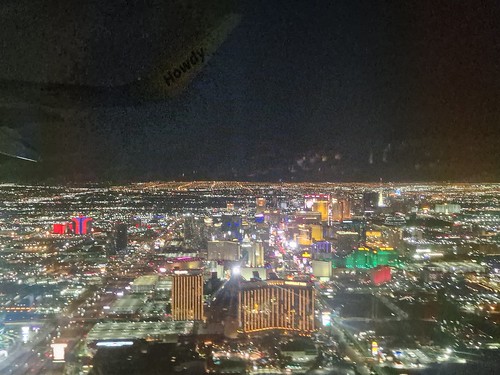 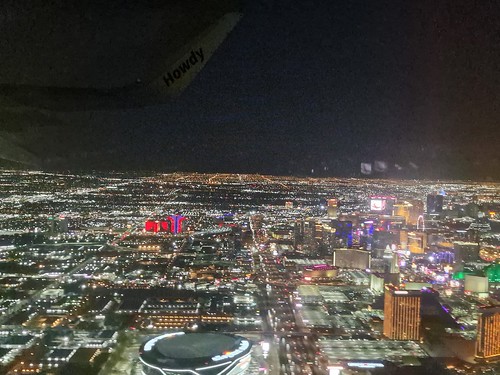 These aren’t very clear photos as the window was quite scuffed, but 100 years there was just about nothing here other than a desert floor and likely thousands of snakes prowling around. Today, it looks like this. After watching Las Vegas go by I then fell asleep for most of the flight as there’s not much else to look at in the dark. 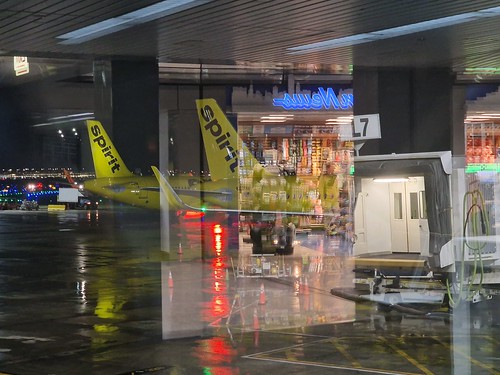 This was the best photo that I could get of the aircraft at O’Hare airport after departing. It was another smooth flight, everything was on time, the crew were friendly and they were selling plenty of food and drink to passengers from what I could gather during the brief times that I was awake. For the price paid, I was suitably impressed with my first two flights with Spirit and I’d use them again if I’m back in the United States. I was also surprised and delighted that the arrivals gate was just a two minute walk to the American Airline Flagship lounge. As this was a red eye flight I was pleased not to have to navigate anything complex and it feel strange not having to go through the security process again at O’Hare due to how American airports work.