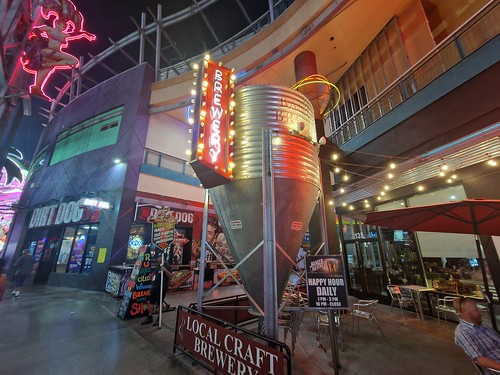 I’ve been to Banger Brewing several times over the last few years, but this was the first time that I paid to go on the tour of their brewery set-up. I can’t remember the dates now, but the guide and I worked out that I likely first visited within a year of their 2013 opening. I thought for a while about just how much of a permanent fixture that they had become on Fremont Street, but that was in October 2022 and a few weeks later it was announced that the business was up for sale.

I’m not really in the market for a craft beer bar in Las Vegas, but I must admit that it would be quite something to own and operate. The turnover is less than I had expected at $536,000 per year, especially given that their rent is $125,000 per year, but their footfall is enormous because of the location. It worries me slightly that this bar, which has always seems well run, isn’t doing better, I hope it’s not a reflection on the craft beer market and is more down to the levels of competition that they face. Hopefully though someone will take on this bar and continue to run it in something like the same manner. The leasehold business is for sale at $250,000 and I imagine someone creative who can perhaps push food more might be able to make something out of this. Although there’s a high footfall down this street, it’s also challenging in terms of people who can be disruptive or have more criminal intent, so it’s not clear that extending the hours later would be a sensible way forwards. 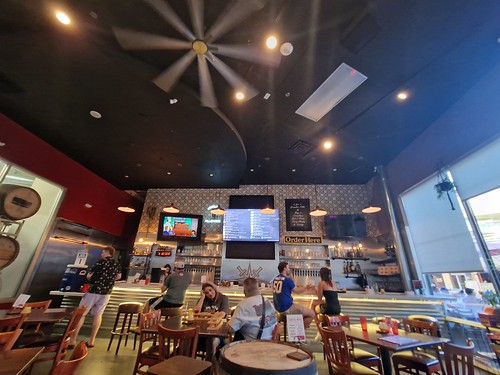 Anyway, I’ve digressed, I was meant to be writing about my brewery tour. This is the main bar with the Untappd screen located above the back bar. 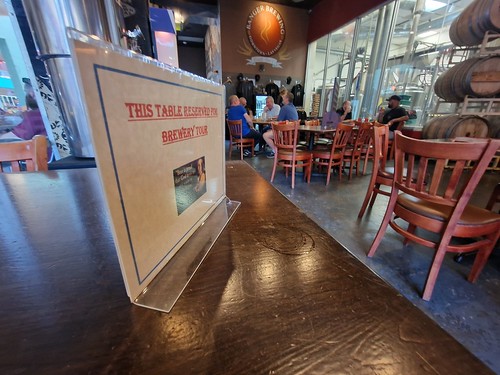 A table was laid out for all the people going on the tour. They didn’t need to pick such a large table as it transpired that it was just me on the tour. 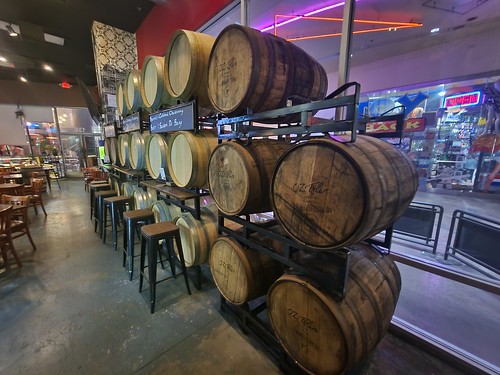 Some of the former wine barrels which will be used to add flavour to the beer after its been brewed. 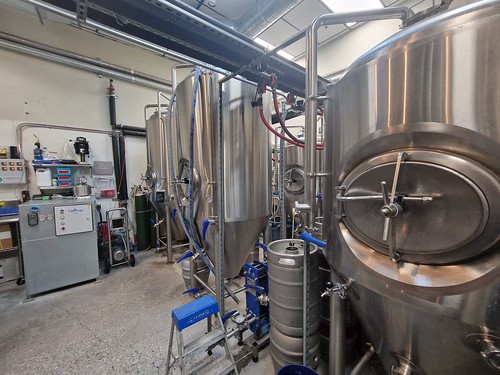 I enjoyed the tour, especially as the guide had an interest in European history which is a noble subject to be engaged with. Another reason is that I’m better able to understand smaller set-ups and I was also able to ask for the difference between craft beer and real ale to be explained in practical terms. The guide was able to do that and point out the different processes involved, which is in fact nearly identical in most parts, although I’ll let professional brewing web-sites discuss that matter in more detail. But I did find the tour easy to understand in terms of the brewing process and the guide was always personable and friendly. He was willing to let me take photos, but added that one visitor had once recorded his entire one hour tour on a phone just inches away from his face. He didn’t find that ideal and I must say, I’m not sure that I would have done either. 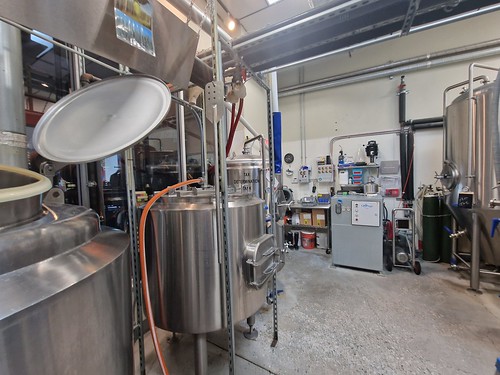 The brewing equipment is in a relatively compact space in one large room, with some smaller rooms coming off from it. I do wonder whether a future owner might just take all this element out to increase the amount of table space, but there’s something authentic about a pub brewing its own beer. Everything was clean and tidy, the set-up wasn’t large enough for them to waste any space, so it seemed organised and efficient. 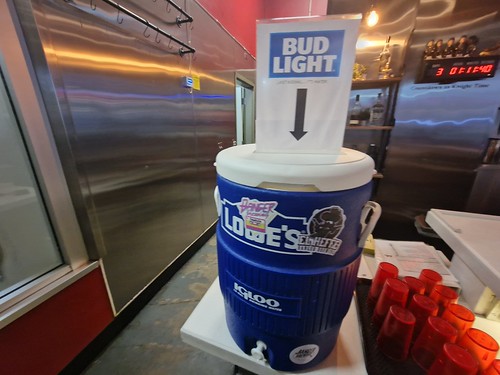 I liked the branding for their water dispenser. I think it’s something of an in-joke, but it’s one I like because Bud Light does annoy me. And yes, that’s judgemental. 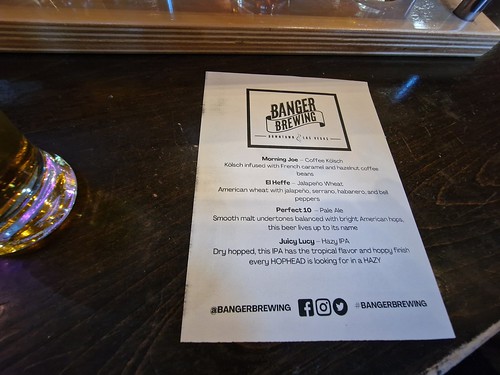 There were four beer tasters included in the tour, the Morning Joe, the El Heffe, the Perfect 10 and the Juicy Lucy. 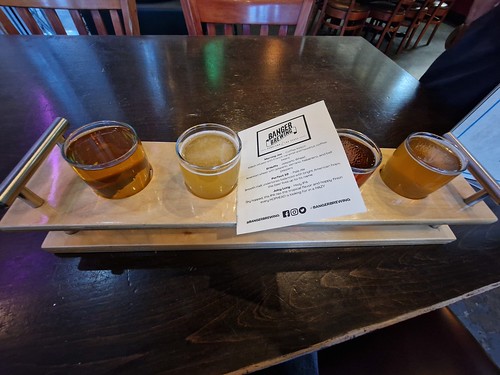 Neatly lined up in the order displayed on the card. The one on the left was particularly interesting and although I’ve been known to mutter about the quality of German beer compared to the much better Polish beer, the Kölsch that Banger produced was really quite decadent as these things go. I will admit that Banger have added caramel and hazelnuts to the mix, but they’ve also added coffee and that gave it plenty of depth whilst also remaining light and smooth. Second from the left is the El Heffe, a wheat beer with jalapenos and habanero, a reminder that chillies go well with beer and chocolate.

The second from the right is the Perfect 10, a dry hopped American ale with a taste of caramel to it, which I thought was pleasant although not particularly stand-out. But the best in my view was the last one, on the right of the photo and a New England IPA packed with tropical and fruity flavours. A very suitable way to finish proceedings.

I would merrily recommend Banger Brewing and the tour, but since the location is either about to close or change hands, it’s unclear what the future holds. I hope it continues in a similar form, I’ve enjoyed my visits here over the years and at least I got to see their brewing set-up before it was too late.