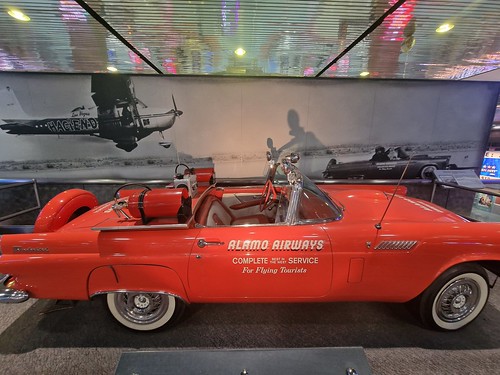 I’m going to have to stop writing about Las Vegas otherwise I’ll never close off this US trip, so returning now to day 25 and arriving back at Harry Reid airport in the city. I do very much like Las Vegas and although I probably won’t go again for a few years it was a relaxing and interesting week in the way that the city always is. Everything to excess, but designed to entertain and delight, which it managed to do. 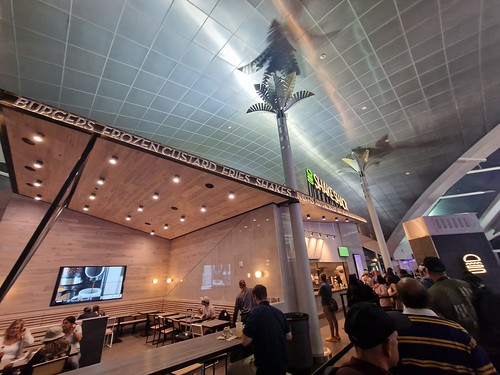 Shake Shack was one of the few food venues open past security and the long line was testament to that. I had arrived early at the airport, although there’s no surprise in that, and thought I might as well join the throng since there was little else to do. 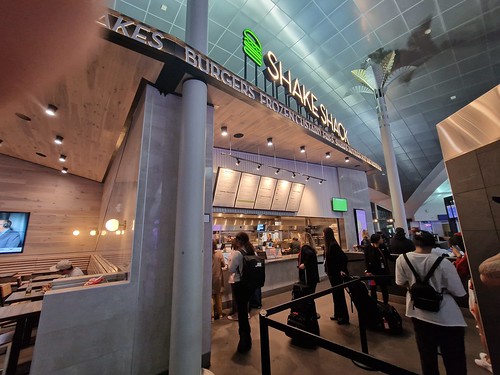 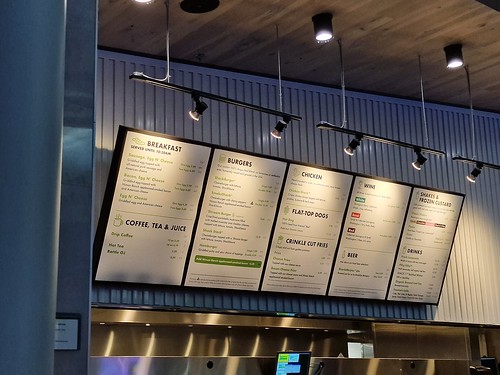 The menu board and although it wasn’t cheap, it also wasn’t unreasonably expensive for an airport. The service was polite and the team members seemed to be doing their best in dealing with what seemed to be a never ending queue. I was pleased not to be there at breakfast time as I understand from some grumpy reviews I’ve been reading on-line that the entirety of their breakfast menu are the three items on the left-hand side board. 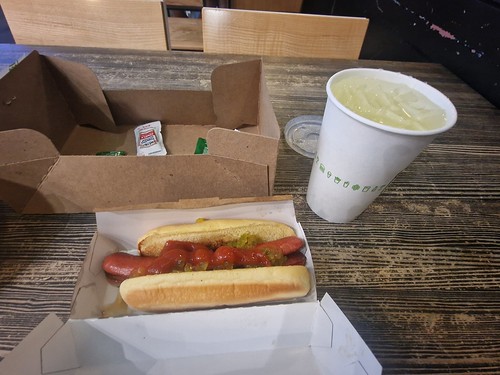 That was the limit of my purchases, a hot dog with extra relish and a root beer. It was suitably delicious for what it was and I was hardly expecting Michelin star rated food in any event. When ordering, they do the annoying thing of taking a name and then calling that out when the food is ready. I’d say that 20% of orders went wrong in that regard, the server couldn’t spell the name and then the name was called out incorrectly a few minutes later. I have no idea why they persist in that unless they enjoy the entertainment of trying to get the correct order to the correct person. Numbers really are a more fool-proof system. My name was corrupted somewhere in their system to either “Lian” or “Liam”, I couldn’t make out which, but that was better than one customer who they couldn’t pronounce at all and just shouted out the letters in their name. 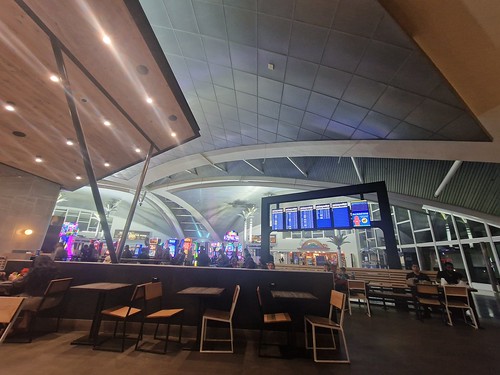 I didn’t have lounge access, and indeed nor will I for some time since my BA silver status runs out today (31 December 2022), but this sufficed instead as there were plenty of power points and free wi-fi. For a fast food’s dining area, this was clean and modern and also a handy location to sit for a couple of hours. There were views over the runway and it all felt suitably relaxed, which was fortunate as it was late at night and I was pleased for the peace. Money well spent I think.