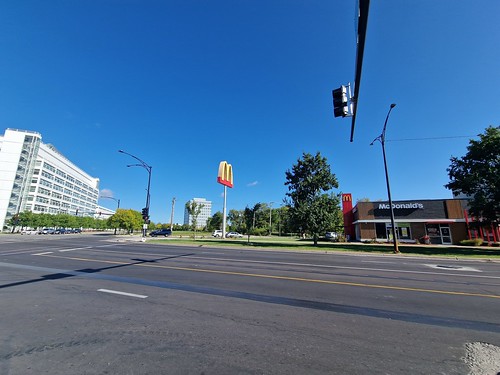 There is little point to this post other than this McDonald’s at 2315 W Ogden Avenue in Chicago, on the old road that was Route 66, has become one of the destinations that I remember from my several weeks long trip in the United States. A slow walk from the wonderful Goose Island to my train, this is a random point in time that I’ve quite fondly recalled. 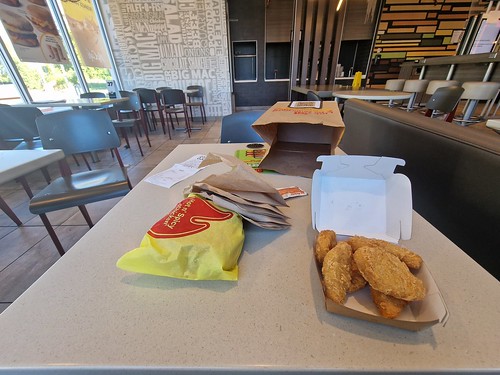 I ordered via the kiosks as that’s the preferred method now, but I was the only customer in the place. The crew members were suitably polite when handing over my food, but that’s the only interaction that I had. But, despite the place looking like it hadn’t been cleaned for several hours, it felt like a little slice of the United States. Not the debris on the floor, just the whole efficiency of the service in what is perhaps one of the main exports of the country. And, the Chicken McNuggets were delicious with the hot Picante sauce, as was the Hot n’Spicy McChicken. What a time to be alive and all that….. There are moments on any trip when I just think that a moment is unexceptional, but is actually representative of the entire experience. And typical of me, this is the point in time that I’ve decided to pick out. I accept that I need to get out more.

It’s a very badly reviewed location on-line, with some customer service issues clearly evident and they like locking the inside early and make people drive thru (which would have been a problem for me). But, it was all quite memorable for me, despite being entirely lacking in inspiration. I did say that there would be little point to this post   🙂