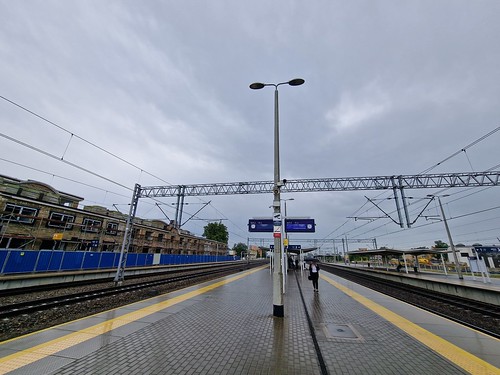 Continuing this story of a soggy Siedlce railway station…. The railway station was constructed in 1866 and, to be honest, it probably needs a bit of modernisation in the way that similar locations are being transformed across Poland. The original buildings were burnt down before the Second World, replaced with rather functional post-war structures and then modernised a bit for when the Pope visited. Handy arrangement that, get a new railway station by the Pope visiting, perhaps he could pop to a few places in the UK that I think need one. 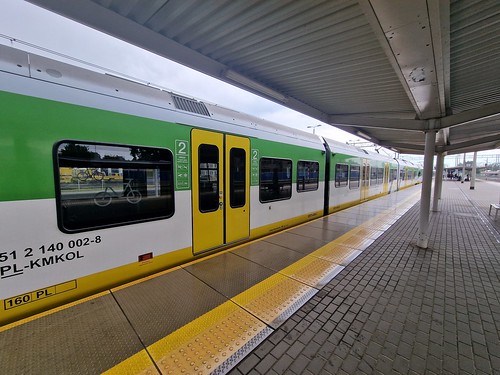 Same sort of train as I got to get to Siedlce, operated by Koleje Mazowieckie. On time again, very reliable. 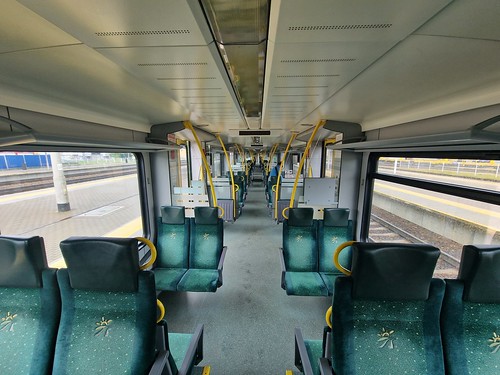 And not at all busy. Spotlessly clean again. 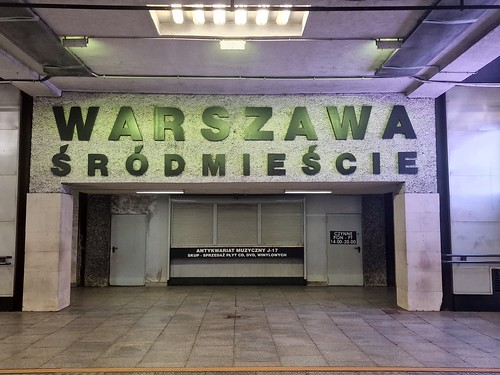 Back into Warsaw Śródmieście railway station, which always feels Russian to me. 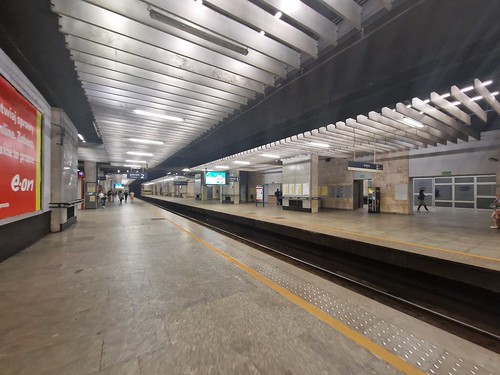 I mentioned in a previous post that there’s only one track here and the railway carriages can be accessed from either side, it’s a bit more obvious in this photo. 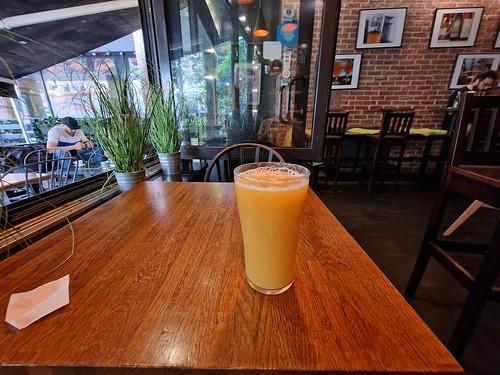 I hadn’t been to Hoppiness in Warsaw on this trip, so I treated myself to a decadent and suitably rich beer, the Fruit Machine from Browar Monsters, including passion fruit, white guava, pineapple and vanilla. Very healthy and nutritious. 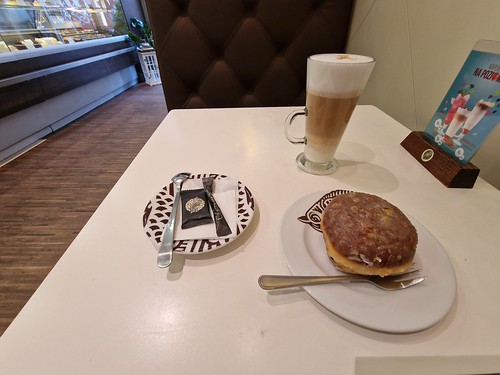 I couldn’t resist a little trip to Cukiernia Sowa either, one of my favourite Polish chains that I frequently mentioned. I can’t claim great entertainment of new places to write about here, since this is another repeat visit, but quality deserves checking on again and again. 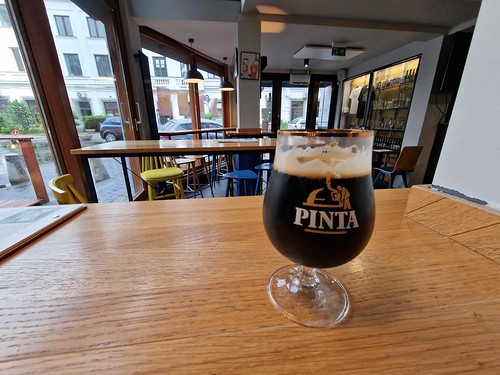 The Siedlce rain reached Warsaw and so I panicked and rushed into a pub for safety. I sat with this beer in PINTA for over an hour, not because it was annoying me somehow, but because it was so rich that it deserved to be savoured slowly. Oh, and it was still raining outside, so I wasn’t going anywhere. And what a beautiful beer, another from PINTA themselves, as this is their taproom, and I had several in this range of imperial stouts at the Warsaw Beer Festival a few months back. This beer was no less delightful, being smooth, rich, velvety, coconuty and a perfect drink for when it’s wet outside. Or indeed when it’s dry outside. That reminds me, I must go back to the Warsaw Beer Festival next year. 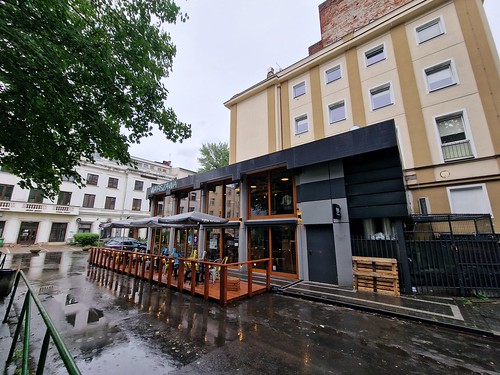 There’s the outside of PINTA when it’s not pouring down with rain. 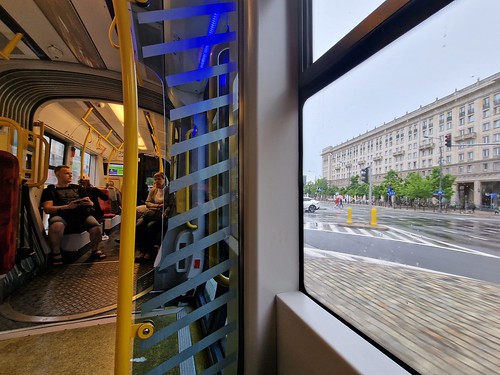 Another tram journey as I was heading towards a hotel I had never stayed in before, the Mokotów Holiday Inn Express. 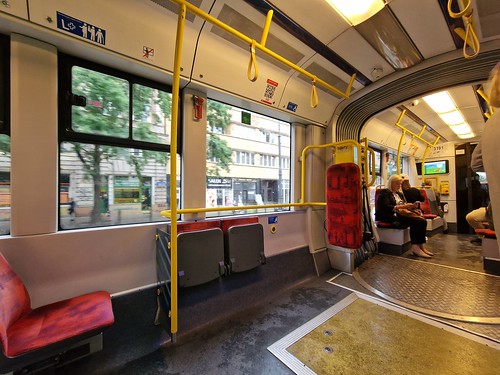 I may have mentioned before, indeed on several occasions, that I’d like to see more tram services in the UK. They’re much better than buses, they’re easier to board and usually quicker. 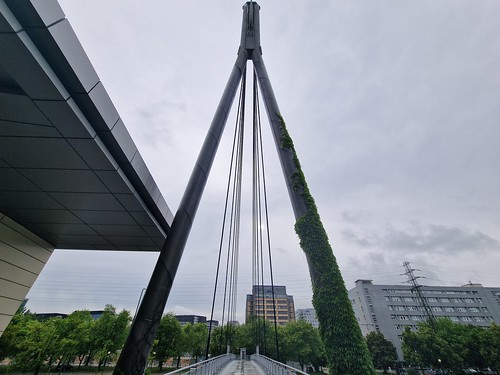 I popped to Lidl for two things and they have self-service checkouts, which I’m not sure whether or not is a thing in the UK ones. Anyway, I was third in the queue, and the woman in front of me said to go ahead of her as she had about fifteen things, then so did the woman in front and then the woman in front of her, so I didn’t have to wait very long. I kept trying to say no, as I wasn’t in a rush and hate queue jumping, but I admire the Polish style about these things. It’s a warm feeling about humanity in general. Anyway, there’s a nice bridge to cross the road with. 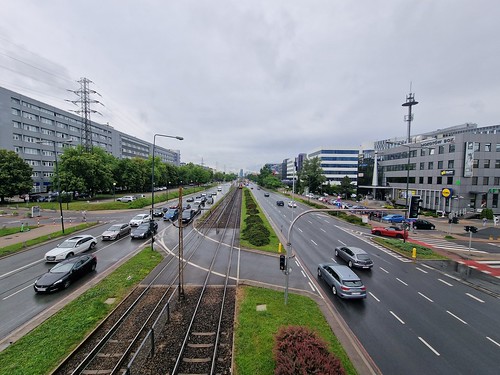 And the view from above the road, with the tram lines sweeping through. A thoroughly modern city, but I’ve mentioned that about Warsaw before. 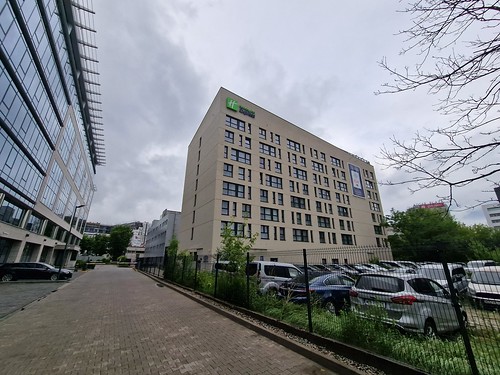 My abode for the night, the Holiday Inn Express. 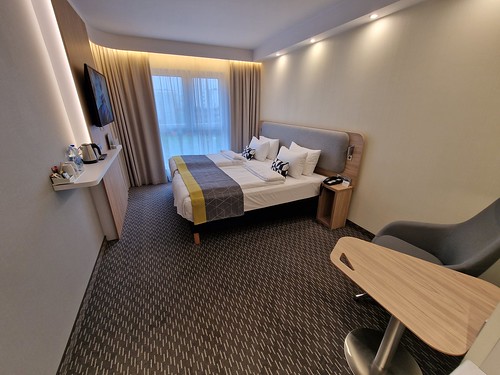 This is one of the best rooms I’ve had in a Holiday Inn Express, not least because the air conditioning worked and the windows opened. It was rather lovely listening to trams clanking on by, I like that sort of street noise, but I could have shut the windows if I didn’t want to hear it. The room was clean, the staff member at reception was friendly, I very much liked the whole arrangement. Unlike the UK, where the night-time street sounds are added to by about 15 groups of drunk groups shouting and smashing things, Poland doesn’t have anywhere near the same problem. 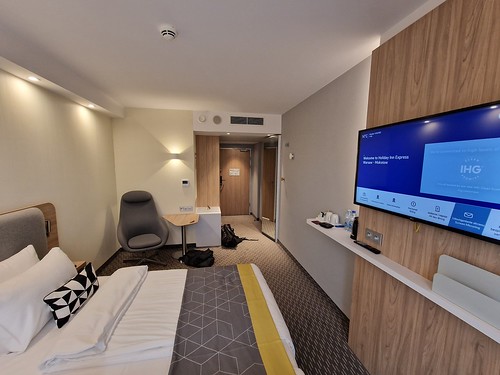 Looking back the other way, I quite like that desk arrangement, it’s a well thought out room, I’d happily stay here again. It was good to be back in Warsaw for one night, but I don’t think anyone who reads this blog would have expected me to write anything different. There was a new week ahead and I was on the move to Katowice.