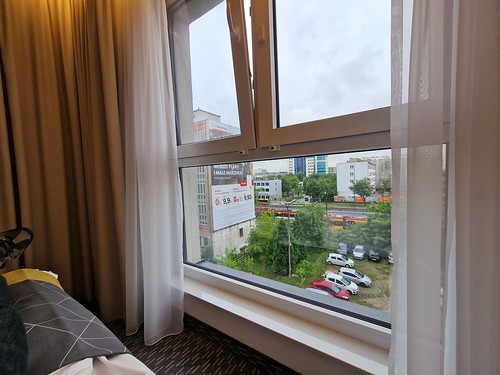 Most of this post is simply recounting the story of one train journey, but that’s because I like recording these trips so that I remember them, so apologies to those that think that there’s a lot about trains in these posts. The morning started with the reassuring sounds of trams operating on a marginally different theme though. 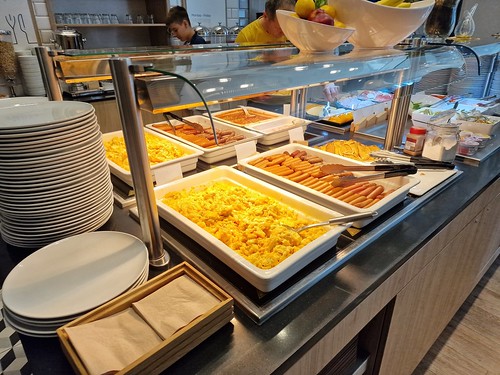 The Holiday Inn Express breakfast which is quite heavily orientated to hot items, unlike Accor Hotels who are mostly about cold food options. I didn’t investigate the hot food, but the choice was quite limited, although this breakfast is included in the room rate and that normally restricts things a bit. 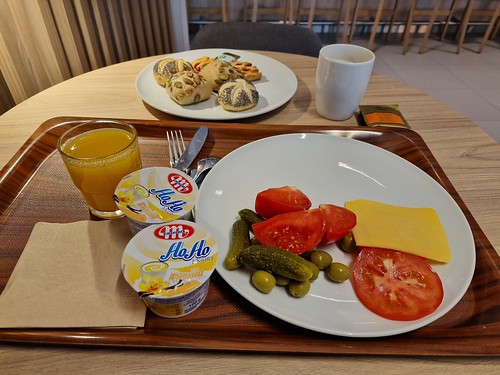 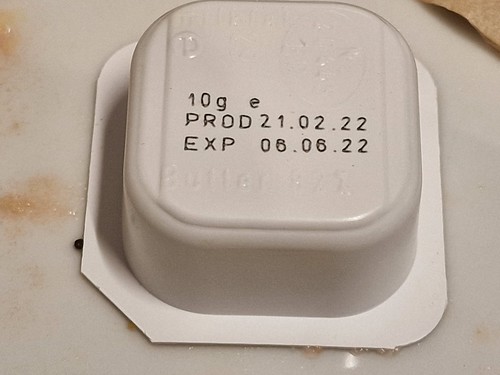 I noted a few things were out of date which seemed odd in a fast moving environment. I doubt many people check these things, but I’m strange like that. Of those who notice, I bet even fewer take the time to photograph the dates and put them on a blog though….. Anyway, moving on. 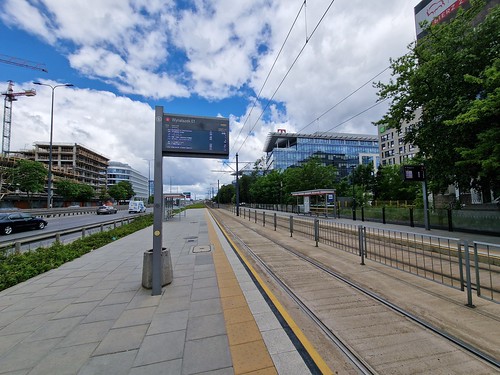 The hotel is visible on the right of the photo, so near to the tram stop that goes into the centre of Warsaw and takes around 20 minutes. 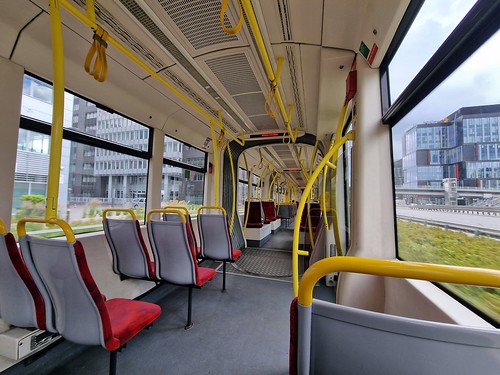 Yes, yet another photo of a tram interior. This blog is a gift to anyone who likes looking at photos of Warsaw tram interiors. 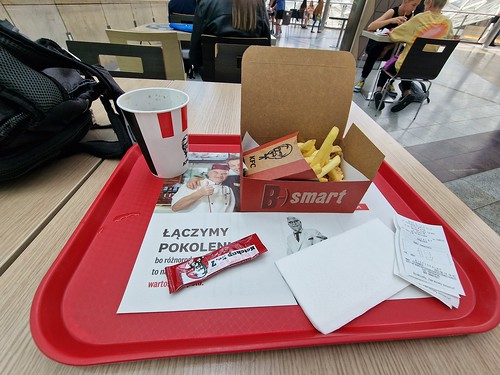 Oops. I had a couple of hours to kill and I like the Polish KFCs as they are cheap and there’s unlimited soft drinks, so my laptop and I were productive for this time. 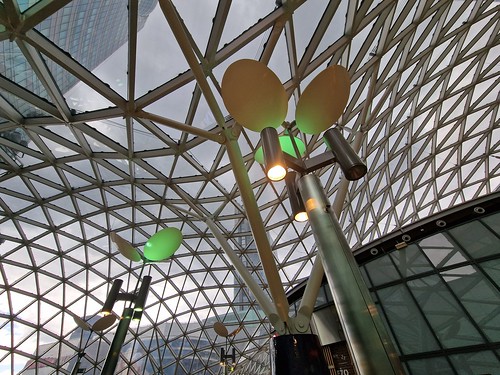 This is the ceiling of the shopping centre and that’s some very heavy rain forming. 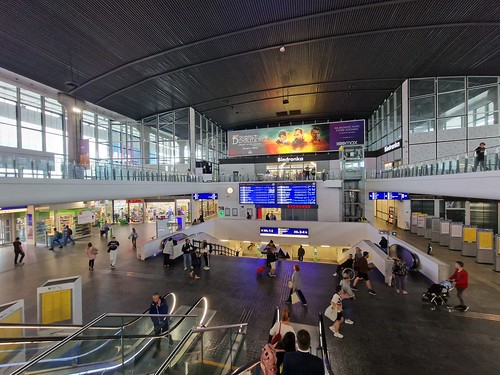 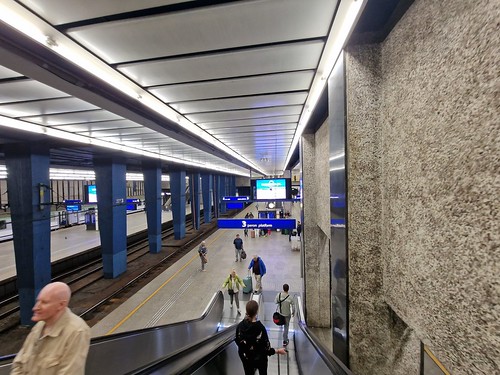 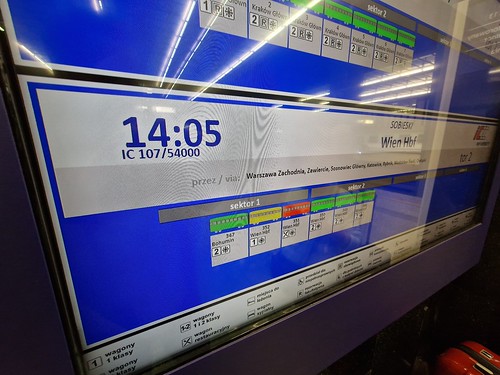 And that’s my train, the 14:05 international service which goes to Vienna in Austria, via Katowice. These PKP inter-city trains are more expensive, I bought my ticket the day before and it cost £9 which I don’t think is too bad to cross half-way across Poland. 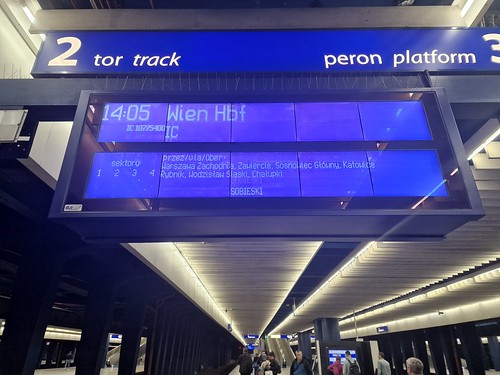 It was looking a busy service and it had come from Gdynia, another of my favourite cities, located just outside of Gdansk. 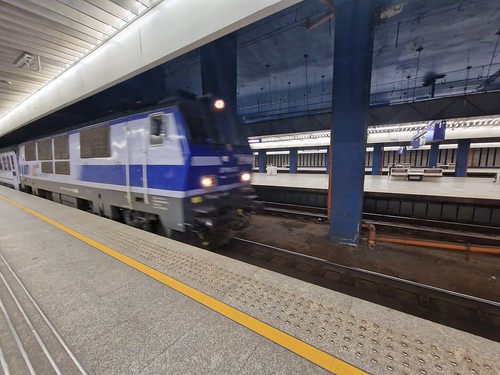 I accept this photograph isn’t worth entering into any competitions, unless it’s blurry photos of a train. But that’s what it looks like anyway. The train was too busy for me to take photos on, as I didn’t want people to wonder what I was doing. How travel bloggers video everything without being self-conscious I don’t know. 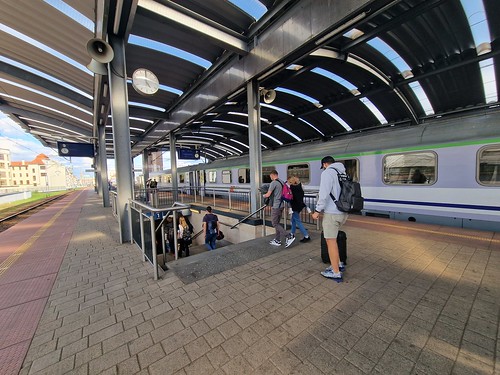 As mentioned, the service was quite busy, although I had no-one sitting next to me, but the two seats opposite were taken. Polish trains are very keen on seat reservations and the woman opposite me was quite annoyed at another older woman  had moved her, it seems incorrectly. I know she was annoyed as she told me (in English, I think she assumed the older woman didn’t speak English), but I wasn’t going to confront a babushka about the situation.

The service was a little hot and we also had windowgate. There are only a couple of windows on the train and the window was located above our table. A young German man came over and said in English he wanted to close it, which seemed a compromise on language that suited me. I didn’t much want to close the window, but I decided to let the lady opposite choose, and she didn’t want a fight, so said yes and the German man shut it. Fifteen minutes later, a grumpy Polish man stomped down and said in Polish he was hot and so could I open the window? I mean, that put me in an awkward place, but I just opened it and was pleased with the outcome, but nervous that the German would stomp back down the carriage. Fortunately, he didn’t, and all was well. 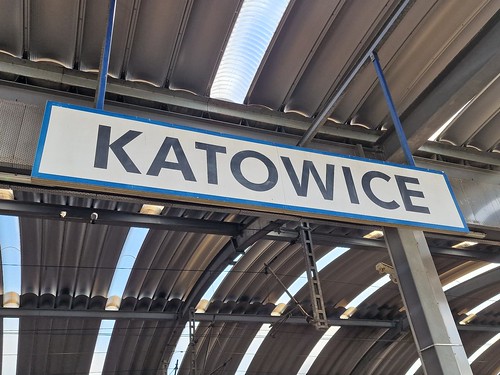 And back in Katowice for the fourth time…..