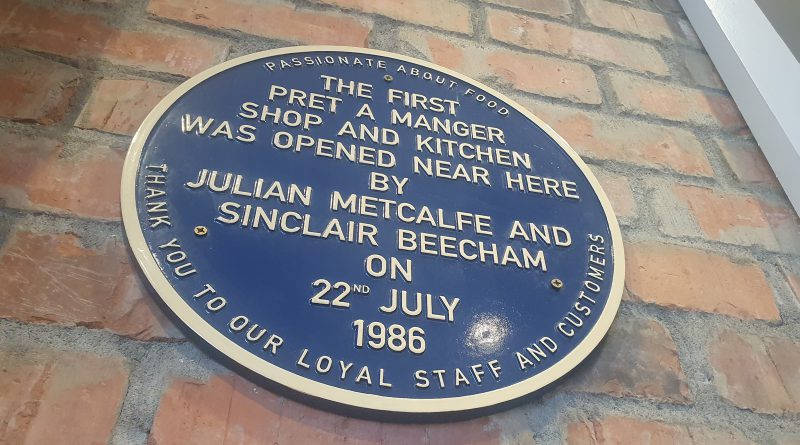 I learn something every day (well, most days and a lot of what I learn is broadly irrelevant), and I’ve discovered that the existing Pret shop at 93-95 Victoria Street is just a stone’s throw from where it all began for the company in 1986, at 75B Victoria Street. There was actually a shop in Hampstead but that went bust and Sinclair Beecham and Julian Metcalfe purchased the name and imagery, and they opened at 75B. There are now 500 Prets around the world, with plans to open many more.

Pret renamed their Head Office, which is nearby above Platform 1 at Victoria railway station, 75B in honour of their first shop. Incidentally, their designers have put up photos of the interior of their head office, very decadent….. I wonder if Greggs has a plaque anywhere.