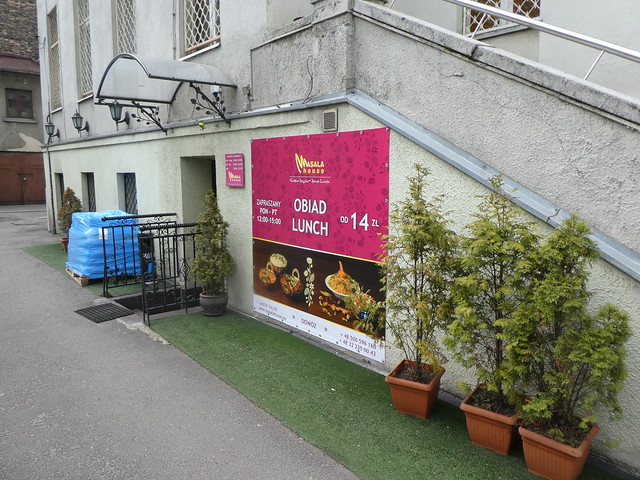 It’s my final full day in Poland of this trip and I’m not due to come back to the country for a good few months. Unfortunately…. So, today’s lunch was at an Indian restaurant as I haven’t had an Indian meal in Poland for quite some time now. 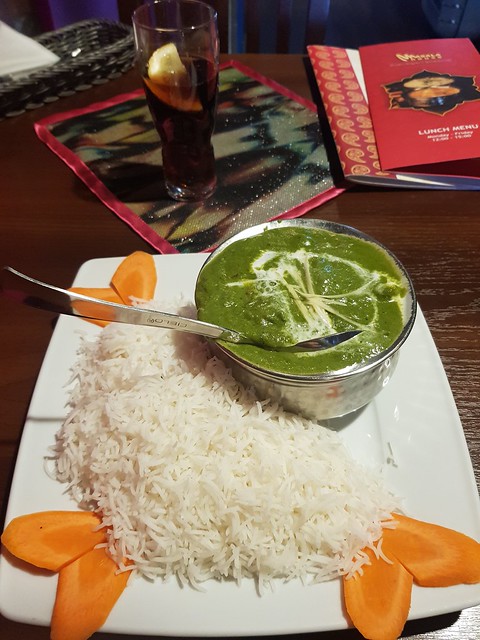 Masala House is part of a small local chain and is well reviewed, and they also had some very reasonably priced lunch options. The staff were friendly, although service was a bit slow at times, and there was an English menu available. The lunch menu had also been translated into English, which it usually isn’t in many restaurants.

I went for the chicken green curry and when it arrived it was certainly very green. Given that this was the lunch deal, the portion size seemed much more generous that I had expected. The sauce of the curry had a depth of taste to it, and there was plenty of spinach in it, which was rather evident not just by the taste, but also by the colour. The sauce had a taste of onions and ginger, with fresh cream decorating the top of the curry. The chicken itself was tender and served in large boneless cubes, and it had absorbed the taste (and colour) of the curry even though it was probably added late on during the process.

I also ordered a bottle of Pepsi and this was suitably chilled, and was served with a slice of lemon. Very lovely. 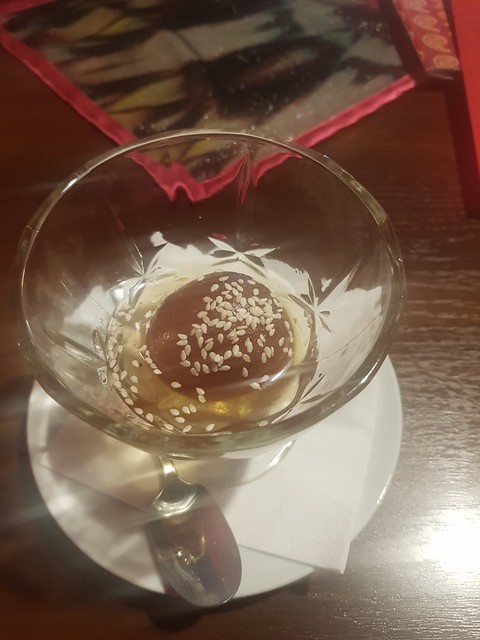 And one Gulab Jamun, my standard dessert of choice in Indian restaurants, although that’s primarily as there’s usually not much other choice. I admit that ordering one piece, which was the standard on the menu, probably was hardly overdoing it, but I was more interested in how it was served. It was served warm, which I personally think is correct, and the sauce was sugary and I liked the addition of sesame seeds to give the dessert extra texture. As these desserts go, this is one of the better examples that I’ve had.

The entire meal cost just under £6, which I thought was very reasonable for the curry, rice, dessert and drink. The prices for the usual curries are more expensive in the evening, but the atmosphere was relaxing and comfortable, and I imagine that it’s quite a popular location at weekends.

As an aside, as I’m good at those, the restaurant has managed to pick up very few negative reviews. But there are a few across review sites, although perhaps from the same party, about failure to accept Groupon vouchers. I personally would rather restaurants didn’t use Groupon, they always seem to end up with customers having problems with it, and it seems such a tacky way to do business. Anyway, just my view…