Well, I couldn’t not post about some random food and drink options I discovered during my week in Katowice. I have been to the city numerous times before, mostly pre-blog, hence why I tried to go to places I hadn’t visited before. 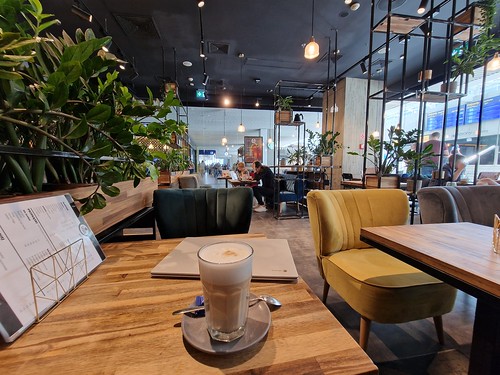 This little oasis of peace and calm is Coffee To Go, inside the Katowice railway station complex. They had power points, rather lovely coffee and friendly staff. It’s actually almost a little too grand an interior for a railway station, but it did work in creating a comfortable atmosphere. 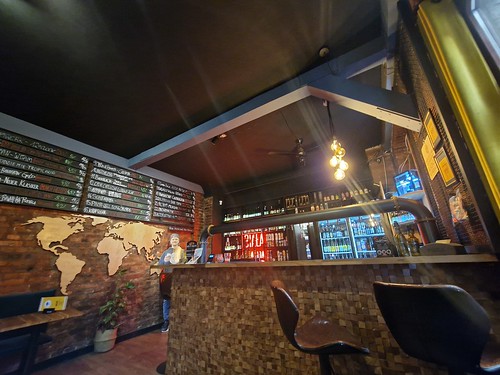 Biała Małpa (white monkey) which confused me a little briefly, the right-hand side is a Mexican restaurant, but this is the left-hand side and the brewery bit. I went in the afternoon when it was quiet, and it’s a clean and comfortable environment. It’s quite large with an upstairs and also a large outside area. 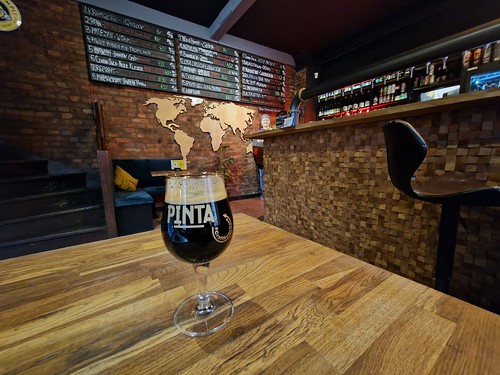 Some excellent beers here, this is the Risfactor Coffee & Maple, from the formidable PINTA brewery which I’ve mentioned a few times as they’ve got their own bar in Warsaw. 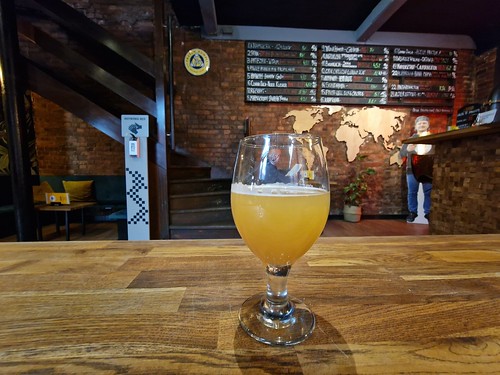 Incidentally, that is a cardboard cut-out at the end of the bar. This is the TIPA TDH Cryo Pop, which the bar gave me as they didn’t have enough to serve it in the larger measure that I had asked for. I thought this was very generous, as they could have charged me for a smaller beer. 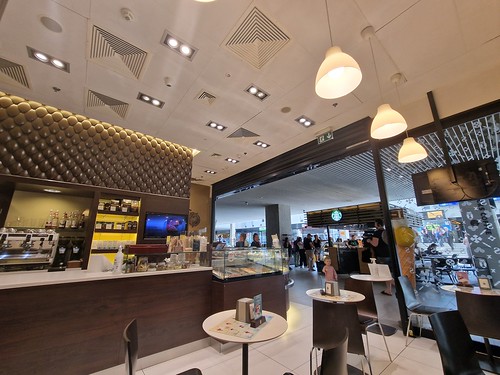 Either my regular readers might be able to guess where this is from the decor…. 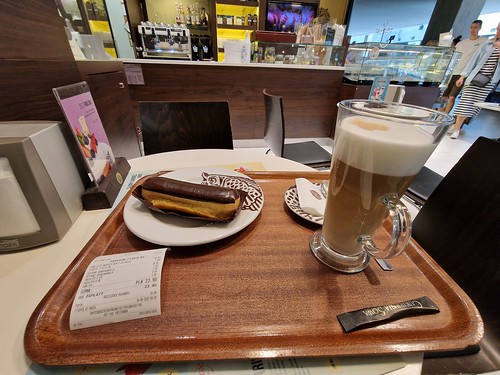 The Cukierni Sowa outlet in Katowice. And I’ve realised that I’ve forgotten, yet again, to go to their London outlet, despite my being in Ealing a few weeks ago. I will remember one day. 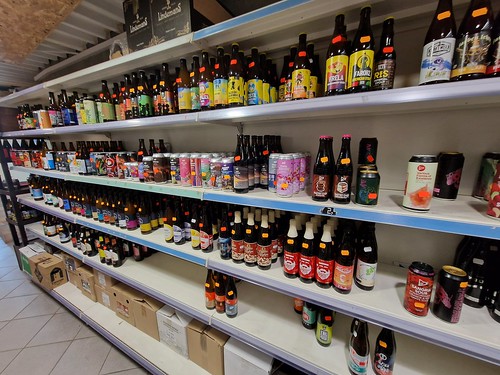 I thought I’d go to a beer shop, Bierland, which was highly recommended, and it was just slightly difficult to find in a housing estate, but the welcome was immediate and friendly. They had a couple of fridges, alongside this substantial collection of beers across numerous styles. 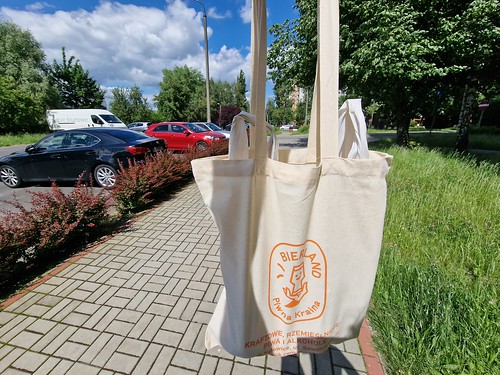 The friendly guy at the bar decided he wasn’t sure if my carrier bag from Lidl would be strong enough, so he gave me this instead for free. 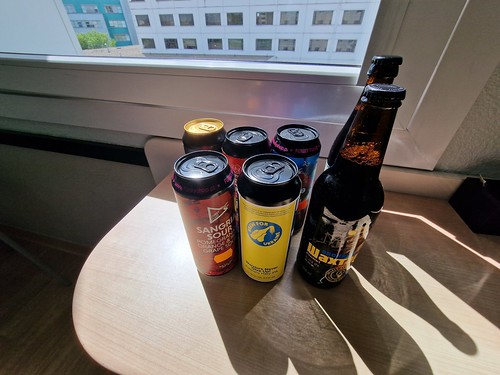 That was a larger supply of beers that I had intended to get, but they were all rather delicious and decadent. Actually, I did well to manage to limit myself to these, there were more Funky Fluid beers that I could shake a stick at (not recommended with glass bottles actually) and numerous other Polish brewers. 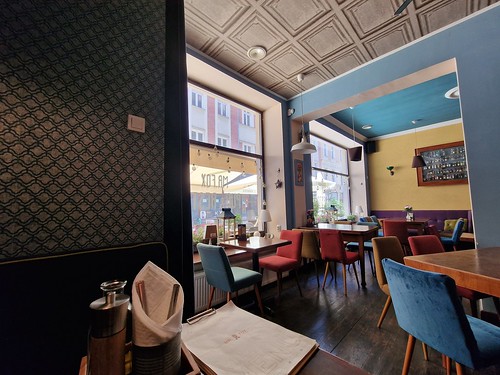 Mr Fox Pub & Resto, where the service was once again impeccable and welcoming. I think the manager was surprised I wanted to sit inside in the air conditioned cold interior, rather where others were outside, but I had been overheated enough already in the Katowice sun. 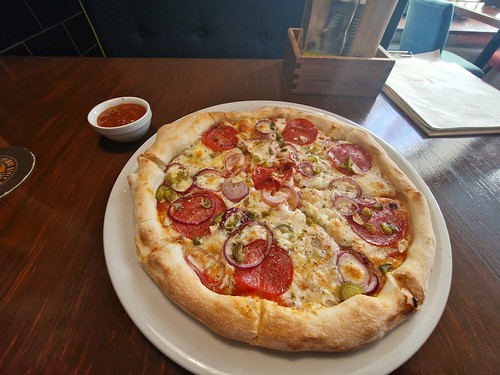 It’s more common in Poland than the UK to be offered sauce with pizzas, but I think this should be made the law. It makes things much better, although the pizza was already delicious anyway. 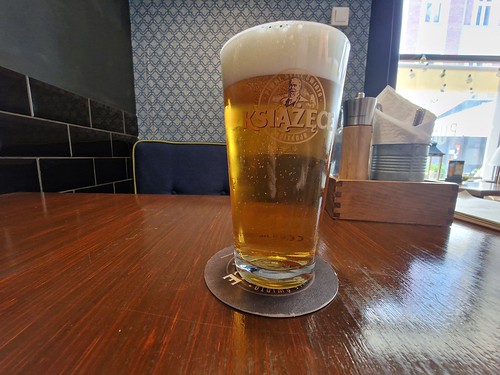 The beer and pizza was £6, an indication of the value for money that is available across Poland. I might have mentioned before, I very much like Poland….. 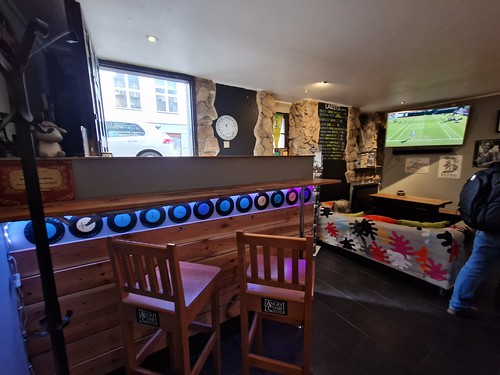 There seems little point me mentioning again the friendly service in Poland as it’s nearly always brilliant, and this was no exception at Browariat Craft Beer Zone. There’s a music theme and they play from vinyl records to add to the character of the venue, although I was there for the range of beer which was exceptional and a little different as well, they’ve sourced some interesting beers from brewers across Europe. 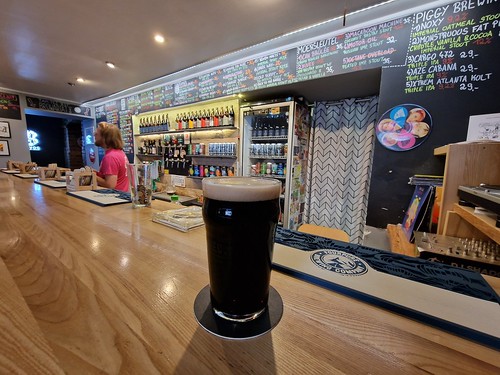 The Coffee Stout from Pivovar Mazak, a Czech brewer. 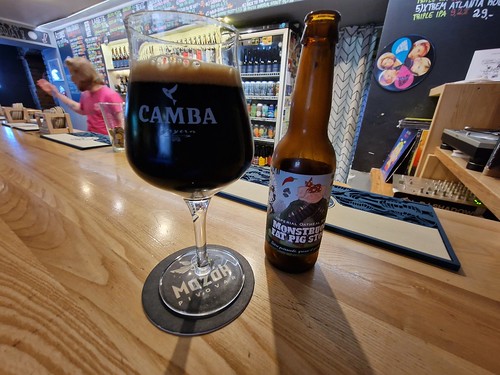 Sometimes I order from bottles and am slightly disappointed when they pour the drink and chuck the bottle away. This is what I consider poor bar(wo)manship, the empty bottle should be presented with the glass, as it was here. The label was also presented to me facing forwards, an under-rated skill, I do note when the bar server presents the logo on the glass facing towards me. I’d better add that I don’t get annoyed if they don’t, it’s just a touch of professionalism that I do note. Unusually in craft beer terms (although the situation is getting better), this is a French beer and it’s from the interestingly named Piggy Brewing Company, with the beer being called Monstruous Fat Pig Stout Mexican Cake Edition, and very decadent it was too.

That selection will do for now, the prices in Katowice are lower than in other parts of Poland, so there are numerous restaurants, cafes and bars offering some excellent quality for very reasonable prices.