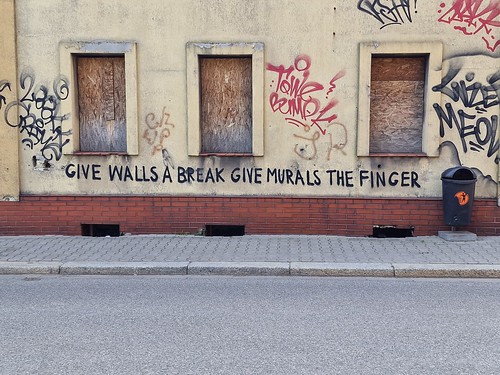 Another one of my random posts, I just thought that the wording here was a little different. It’s handy when Poles write graffiti in English, it gives me a chance to understand it. 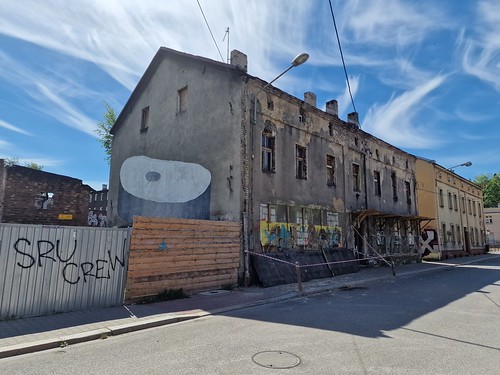 There are some pockets of Katowice where buildings aren’t in great shape, and I include this here as the graffiti in the first photo is just visible on the extreme right of this photo. This building caused some excitement during the week when some bits fell off it (which I think everyone agrees isn’t ideal), with the fire brigade coming out to deal with the situation. I assume it was made safe, although the only evidence of their work is the taped off section. 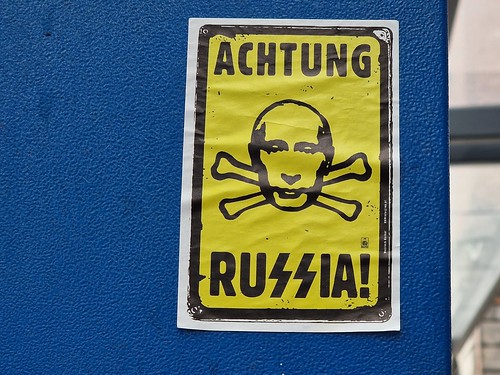 Whilst I’m writing of graffiti and the like, there were no shortage of anti-Putin and anti-Russian messages across the city. 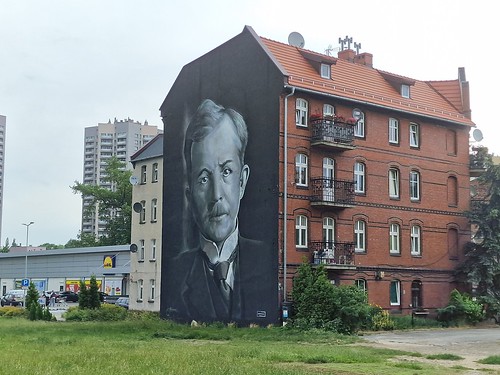 And some more street art, this is Wojciech Korfanty (1873-1939), briefly the Deputy Prime Minister of Poland during late 1923. He was heavily involved in the movement to get the area to become part of Poland and is a post-war national hero of the country.