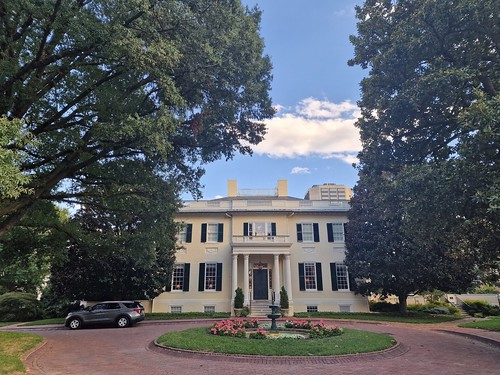 The Virginia Executive Mansion was constructed in 1813 to designs created by Alexander Parris and it was built by Christopher Tompkins. The first resident was Governor James Barbour and it’s the oldest occupied governor’s mansion in the United States. 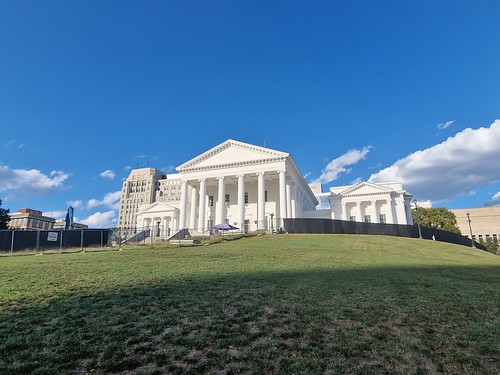 The Capitol Building is conveniently just a thirty second walk away. 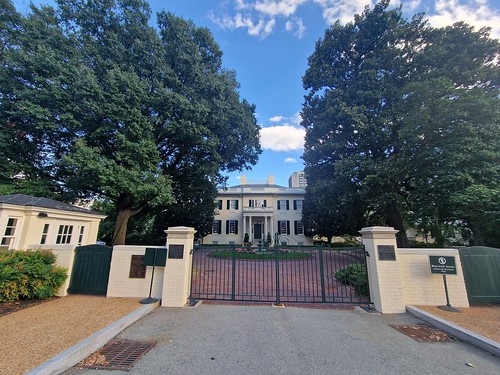 I poked my phone through the barriers to get the top photo, but the security team didn’t seem too concerned. Although, to be fair, they had a put a load of history signs up at the gate so they wouldn’t have been surprised to see someone standing there. Over time the building has been faffed around with, but in 1989 they decided to reverse some of the changes to make it look more like it did in the early nineteenth century. 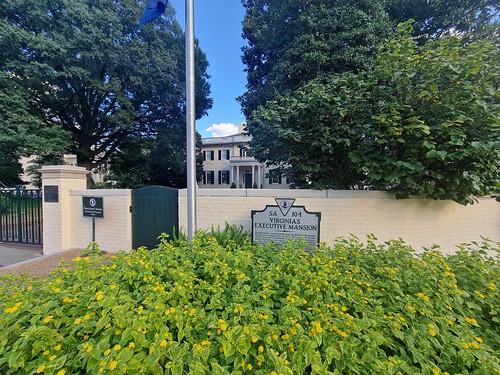 One sign is slightly harder to read since it’s in the middle of a bush.