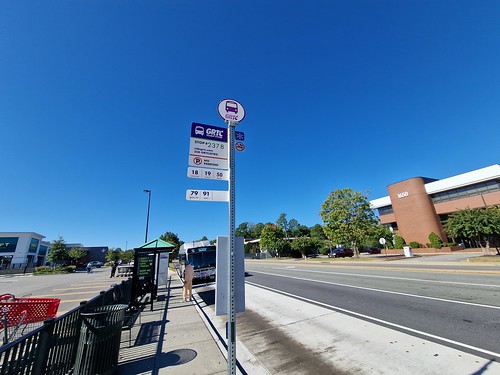 After my success buying jeans and getting a drink at Panera, it was time to use Richmond’s free public transport for the final time to get to Richmond Staple Mills, the second Amtrak station in the city. All clearly signed, I was suitably impressed. 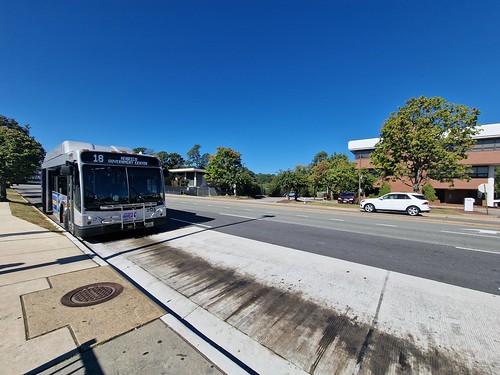 The driver gets off, shuts the front door and then clears off to get some food. Another passenger gets bored of waiting for the driver’s lunch break and pushes the central door open and gets on, being followed over the next few minutes by other passengers who were unaware of the breaking and entering that had taken place (I accept I might have exaggerated a little with the breaking bit). Unsure of the protocol here, as I didn’t want to look like I barged onto the bus, I lingered near the entrance in the most nonchalant manner that I could muster. The driver did look marginally annoyed that he had a full bus, but I was able to board knowing that I hadn’t broken any rules…. 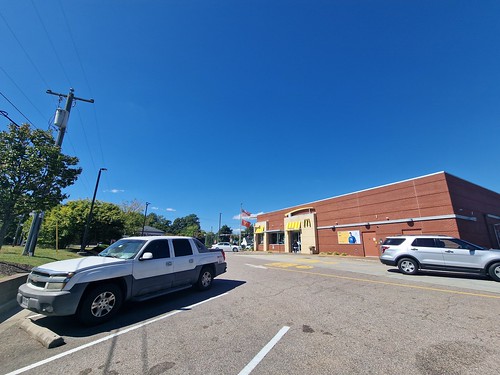 The driver, who seemed a little stressed with life, then proceeded to miss the Richmond Staple Mills stop which confused me, as I had pressed the bell to stop, and infuriated another passenger who asked what he was doing. All this stress, as well as arriving two hours before the train in my usual manner, meant I popped to the next door McDonald’s. Well, it’s local American cuisine and all that. 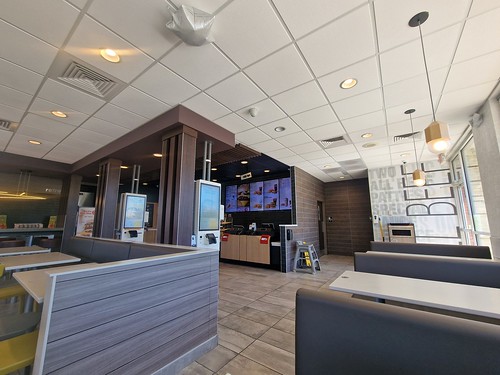 It wasn’t packed and I was pleased to note that they were one of the few McDonald’s to actually have power outlets, I’m not sure that many in the chain actually want people lingering. 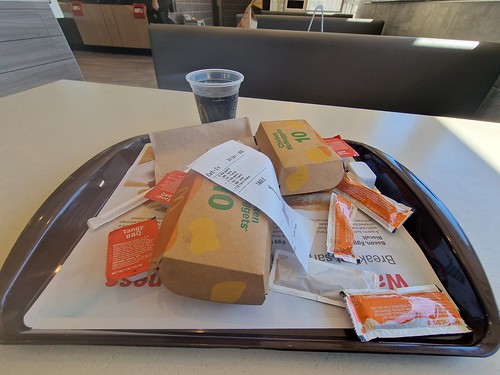 It was buy ten Chicken McNuggets and get another for $1. Healthy….. Note the beautiful presentation offered by the crew members, but I was pleased with the eight or so soft drinks that I managed to get through during my stay in the restaurant. I like free drink refills it has to be said.