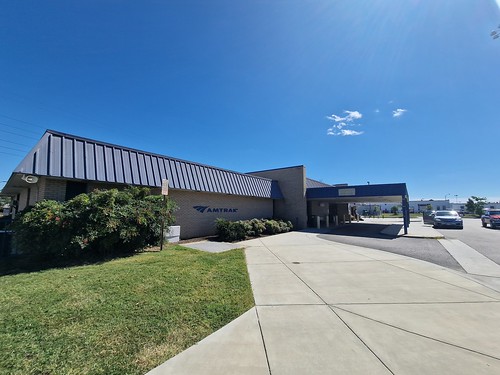 For some years, this was the only station in Richmond, until the central station reopened after a period of closure. It was constructed in 1975 to temporarily replace the central station which had been damaged by floods and at the moment some Amtrak services only stop here, but there are plans to ensure trains stop at both stations. There had once been a third railway station in Richmond, from a time when people took trains, but more about Broad Street station at Wikipedia…. 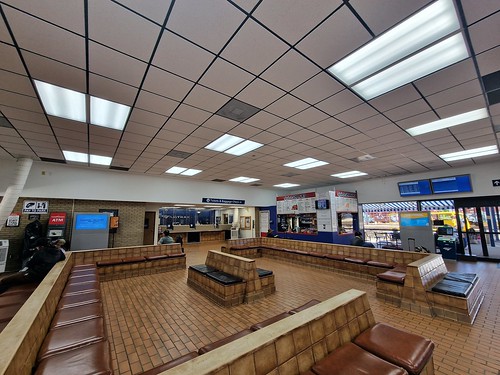 It was clean and functional inside the railway station, although it all felt a little dated and I’m not sure that the interior has much changed since the 1970s. 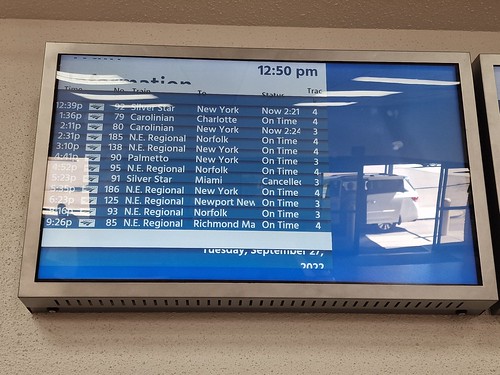 Mine was the 13:36 Carolinian train service which went all the way to Charlotte, where I was going later on, but today it was just to Raleigh. I was pleased to see that it was all on time. 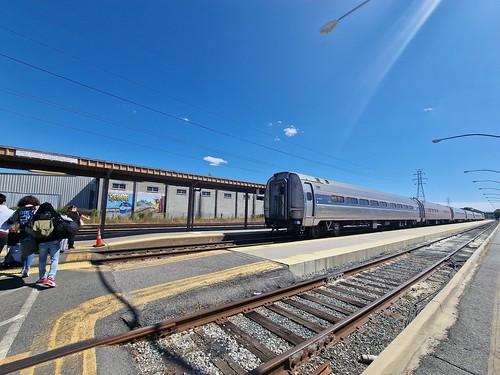 Passengers aren’t allowed out onto the line until the train is ready and all parked up (or whatever the technical term for a train is, perhaps just stopped). 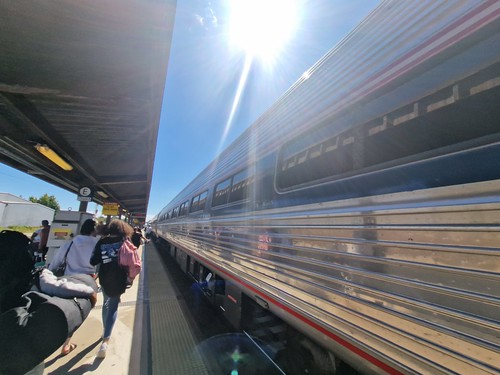 Getting ready to board, passengers are shown which carriage to sit in and then a guard comes around to check where you’re going and write that above the seat so that they can ensure you actually get off there. 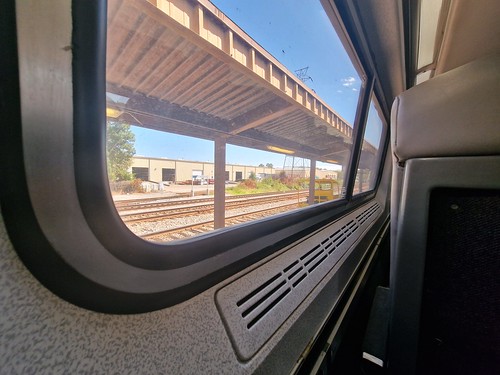 The view out of the window before we set off and I was pleased to see the power and wi-fi were both working as expected. 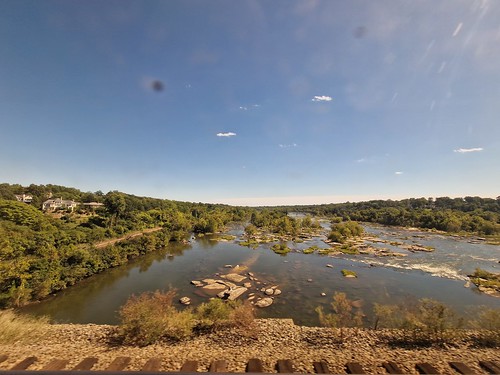 I find it very relaxing to gaze out of the window, looking at the lakes, swamps, forests and so on. However, that is quite hard to photograph and so they don’t really come out very clearly or look anywhere near as impressive. 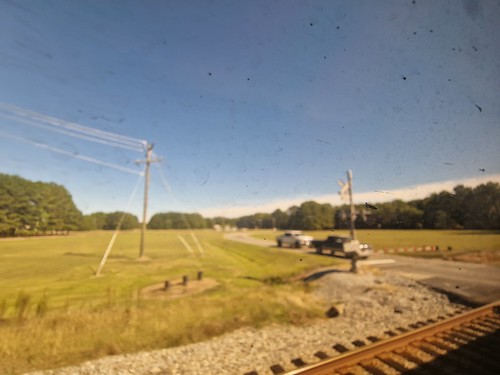 Out of focus, but I quite liked this photo, it felt like a low quality image from the 1950s. 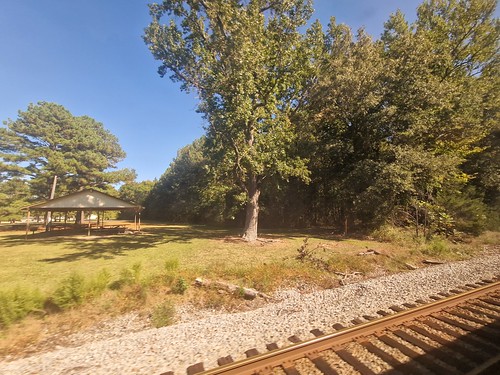 My first sight of North Carolina as the train went over the state border, so my second new state of this trip, the first having been Virginia. 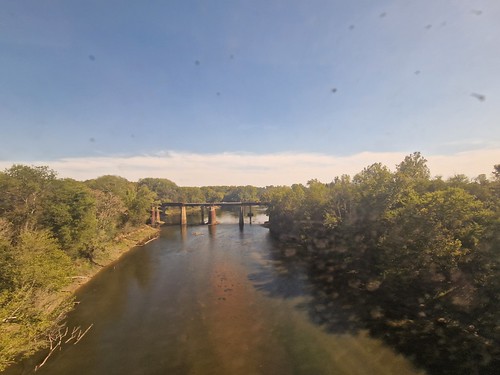 These crossings look more impressive from the train window than as photos. 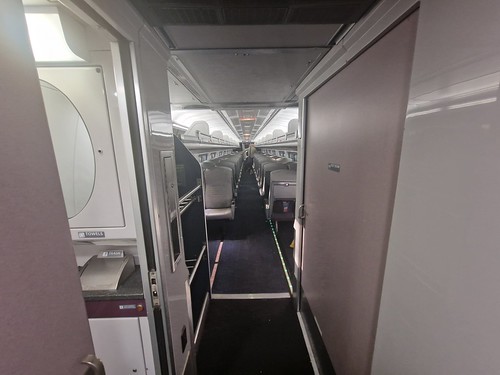 The train interior and journeys are comfortable, these are bulky and stable bits of kit and unlike many British trains which bounce up and down on the track and where you feel every jolt. 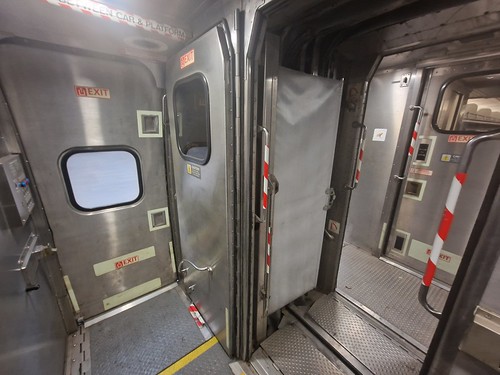 The trains are clunky and industrial. 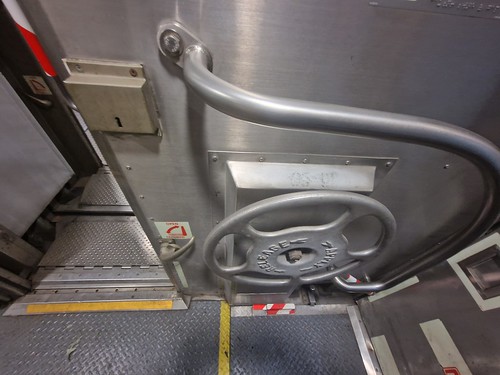 Things for children to play with. Or at least, they likely would if left unsupervised. 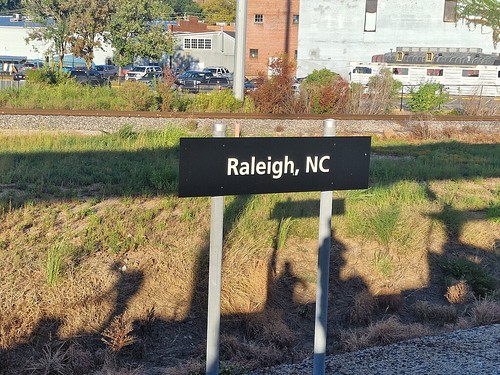 And safely into Raleigh, North Carolina, where I only had one day.