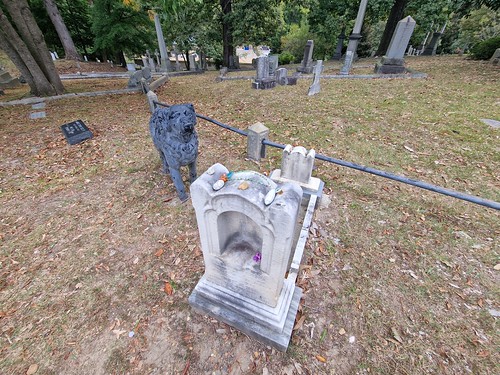 OK, my final post about the Hollywood Cemetery in Richmond…. This is one of the best known graves because of the cast iron Newfoundland dog. The dog is guarding the grave of a little girl (there’s not agreement on her first name, although her surname was Rees) and it’s traditional to place toys here to commemorate her life. As to why the dog is present, many historians seem to agree that it was placed here in the early 1860s during the Civil War to prevent it being melted down for the war effort, although it could just have been placed here by the little girl’s family. Whichever story is true, this is now an iconic location for the city of Richmond.