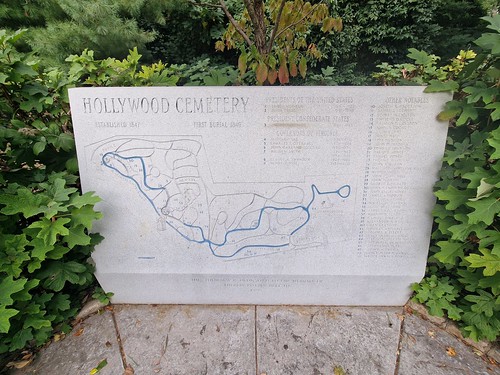 Hollywood Cemetery was just a few minutes walk from my accommodation and it also opened at 08:00 so I felt that I’d make an early start and head over. There are a couple of things evident from this map of the site, firstly there are two US Presidents buried here, and secondly, there is a lot of Confederate history and there’s some vandalism clearly visible.

The burial site of the Presidents intrigued me the most and there are seven former holders of the office buried in Virginia, more than in any other State. There are only three places where there are two Presidents in the same location, which include Quincy (which I’ve visited), Arlington (which I’ve visited but didn’t see the graves) and here. More about those burials, and others in a separate post though, to avoid this one becoming too long. 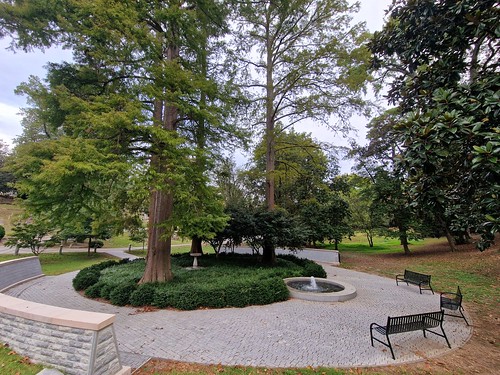 It’s all peaceful and calm, I can think of much worse places to be buried. 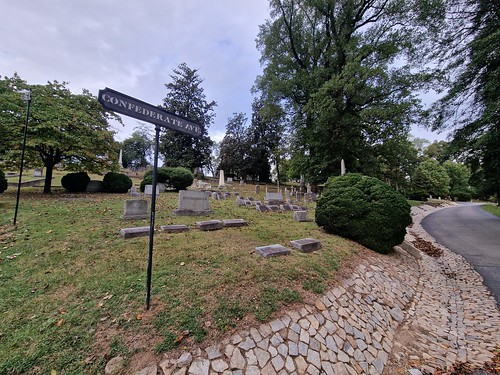 As I mentioned, there a lot of Confederate history at this cemetery and that’s of course challenging in a number of different ways. I’ll come to him in a later post, but there’s the burial of the only Confederate President, Jefferson Davis, and thousands of troops who died fighting for their cause. 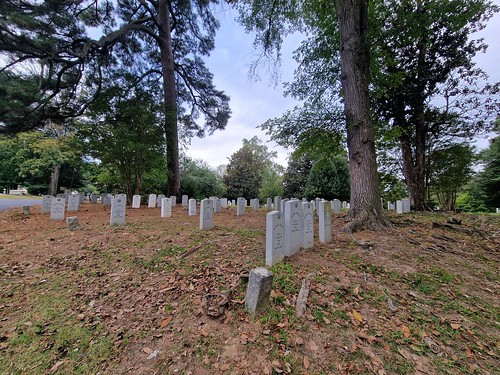 Not looking entirely dissimilar from the CWGC graves, these are the gravestones of those who died fighting for the Confederate cause. 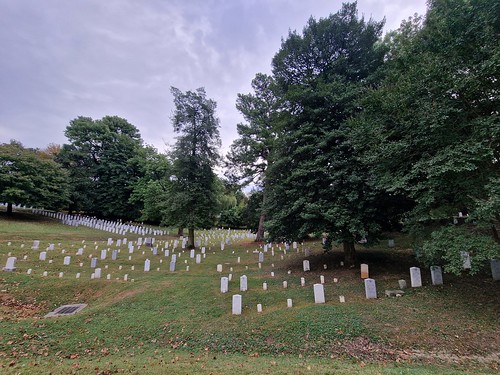 And they go and on for some distance. But I’ll return to this in the next few posts. 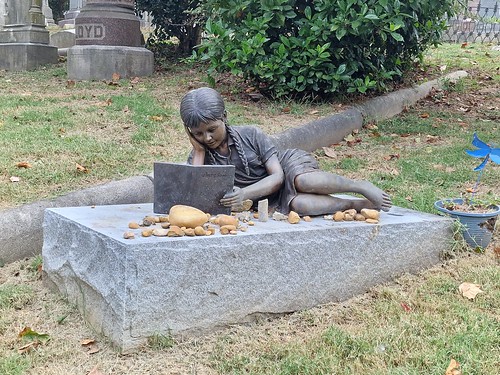 I thought that this was one of the most beautiful sculptures at the cemetery. 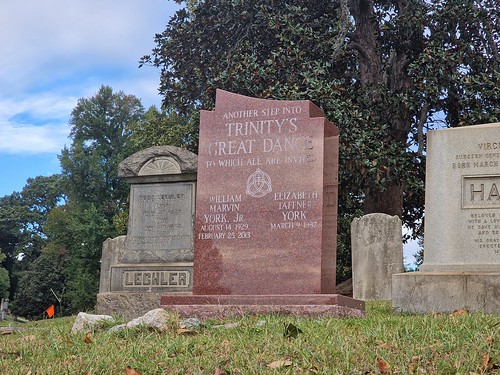 It would be wrong to describe this as jovial, but I assume that the deceased had something of a sense of humour with the “another step into Trinity’s great dance to which all are invited”. 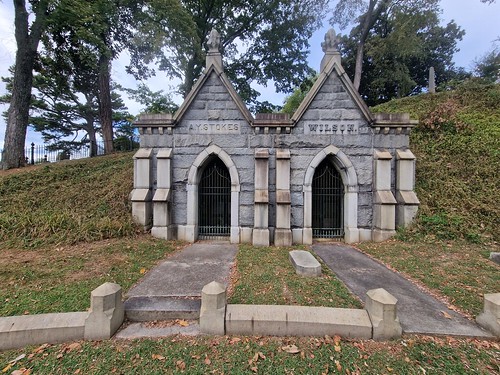 There are vaults as well as graves, many built into the undulating ground. 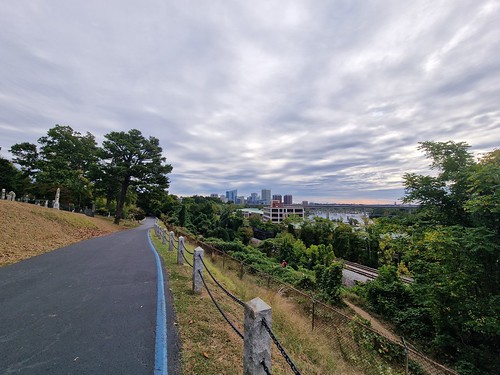 A view back towards the city of Richmond. 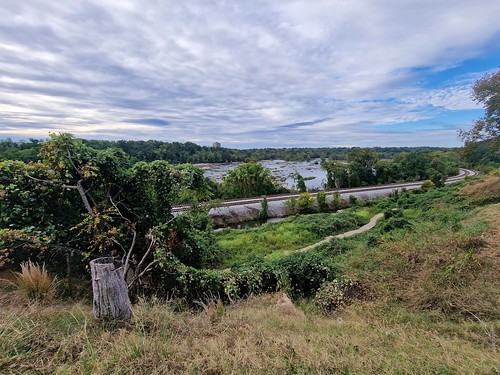 The views are spectacular, there’s a footpath and railway line in the foreground, with the James River behind it (named after King James I). 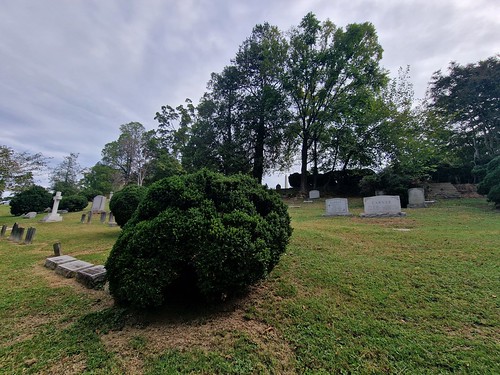 The cemetery was designed by John Notman in 1847 and it opened for its first burial in 1849, with the location having been thought ideal as a final resting place. I can’t say that I disagree with that, there are 135 acres of land here in its grand elevated riverside location. 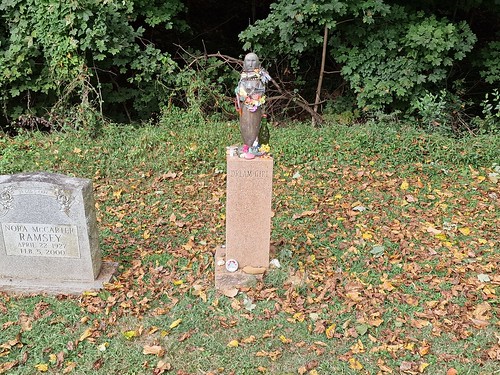 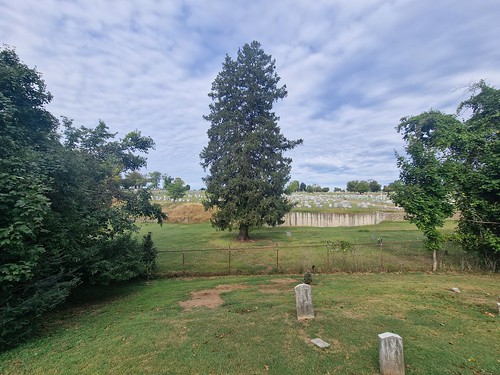 The cemetery is still open for burials today and there’s plenty of space left, along with the neighbouring Mount Calvary cemetery which is for Catholics. 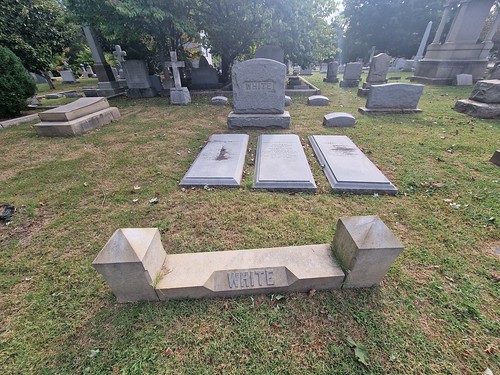 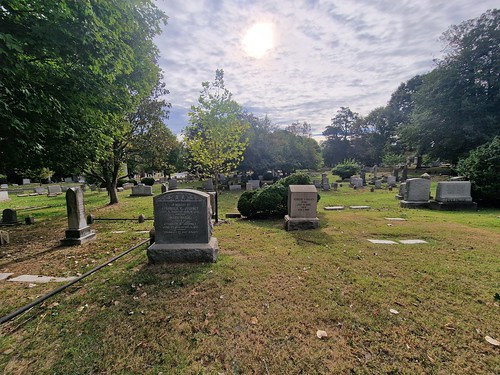 And after ninety minutes of walking about, I thought that I best go and explore the rest of the city.