I’ve already mentioned how much I liked the new Amtrak station at Penn in New York and I left that post as the announcement to board was made. 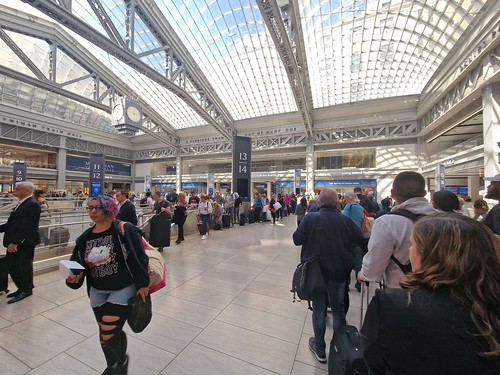 This is the queue for the train, which wraps around in front of the 13/14 gate sign before then going around it and then down the escalator. It was just as long behind me and it’s the most organised queue that I’ve seen at a railway station. Staff were ensuring people were waiting in the correct line and double checking that they were boarding the appropriate train. In the UK there would be a mad dash for the train, but perhaps the United States just know how to queue better. 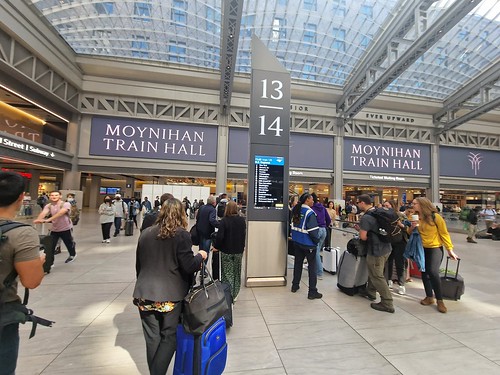 This photo is taken from the opposite direction to the previous one and shows how long the queue still is. 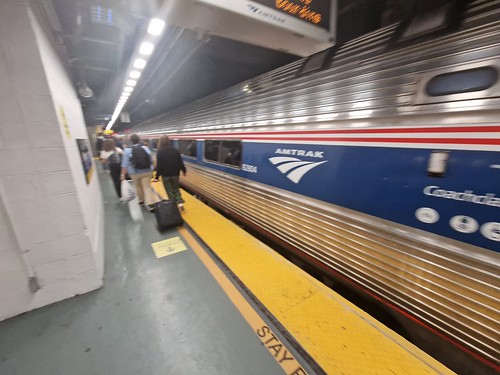 Blurry unfortunately, but there’s the train. 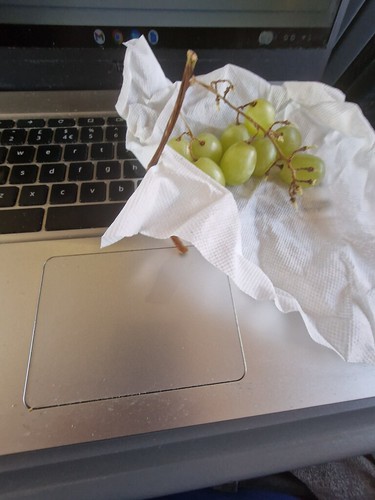 The train was only busy for the first section of its journey between New York and cities such as Baltimore and Washington DC. On nearly all Amtrak trains I haven’t got anyone sitting next to me, but for the first half of this one I was sitting next to a lovely lady. She kept giving me grapes which was kind of her. 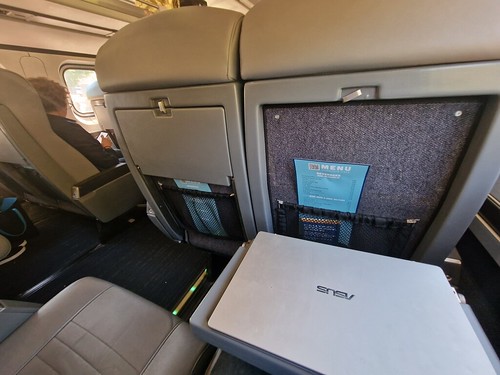 The space available on these trains puts the UK ones to shame. I can use my laptop because of the drop-down table that comes down and have plenty of legroom. 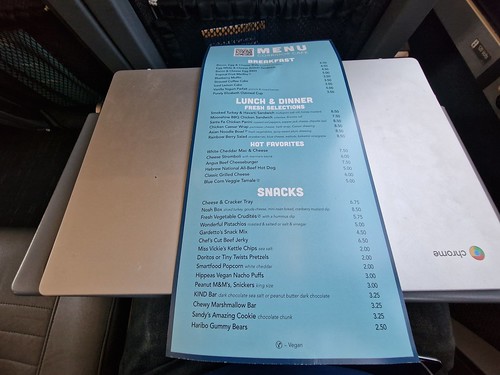 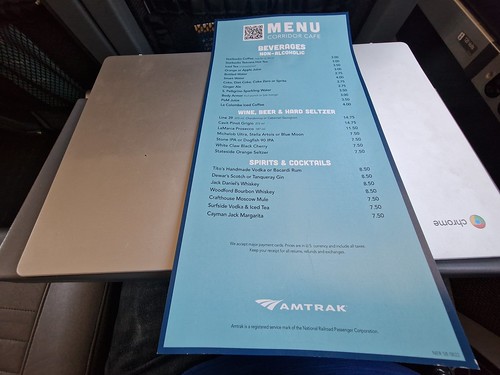 I didn’t order anything as I had acquired packs of Cheetos for my journey in advance, but here’s the menu for the buffet car. 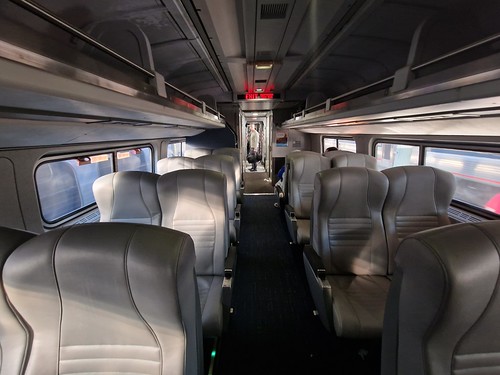 That’s what it looked like later on during the journey, very peaceful and quite industrial. 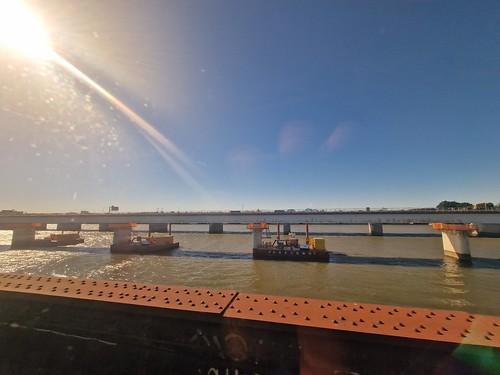 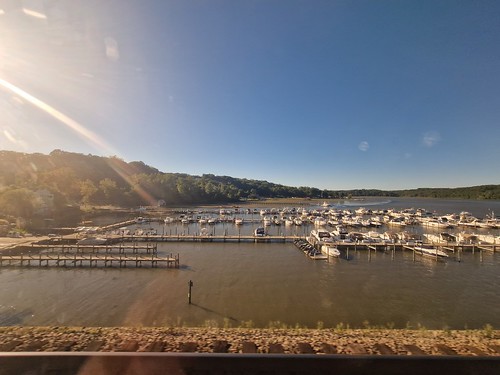 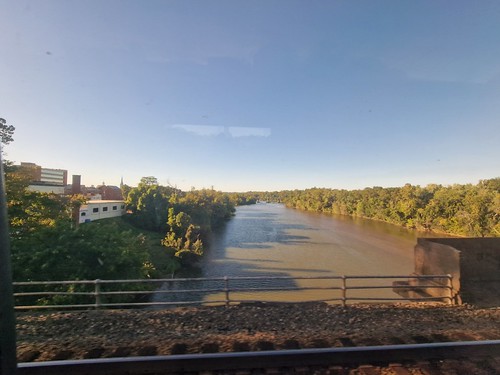 One of the most delightful elements of Amtrak travel is seeing so much of the United States. Much of this doesn’t look as impressive in photos as in real life, or the exciting views passed before I had time to take a photo of them, but my 6.5 hour journey went by so quickly. I’m not sure that I’ve ever said that about travelling on UK trains, but this is a very stress-free way of getting about the United States. I had purchased these tickets some way in advance when the exchange rate was better, this trip cost around £25 which I thought was quite reasonable. Amtrak trains go relatively slowly and so it would have been quicker to get the bus, which I think was around five hours, but this is just a more decadent way to travel. 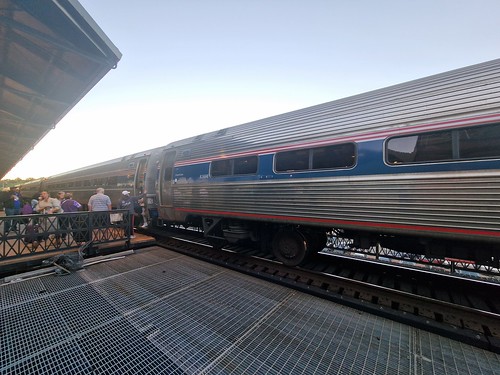 Disembarking at the Amtrak railway station in Richmond, my first time in Virginia. One of the joys about rail travel, as opposed to bus travel, is that you can actually see the countryside rather than just seeing endless roads, and I got off feeling more refreshed than when I got on. Amtrak should use that as a marketing slogan.