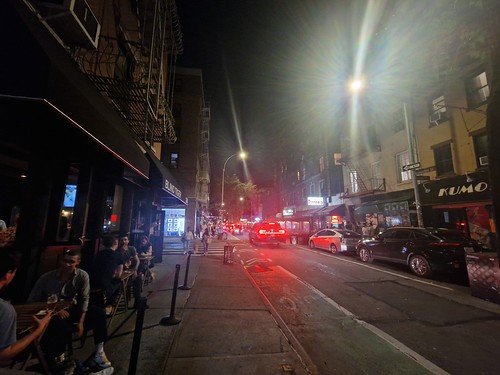 I thought that I’d stay nearby to my accommodation as I was quite tired, instead of trekking back out to a brewery further away, so I went for Blind Tiger in Greenwich Village. 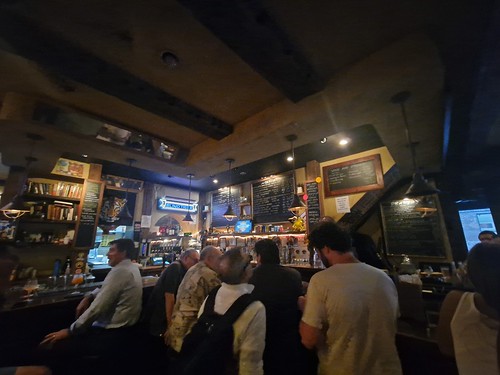 It was a busy bar with limited seating available, so I thought that I’d just have one beer. However, after trying to do that, I was told that there was a two drink minimum which I wasn’t entirely impressed with. Having written that though, I was happy to have two (indeed, it’s very rare that I only have one), it’s just there was a lacking of seating space, but that problem soon resolved itself. 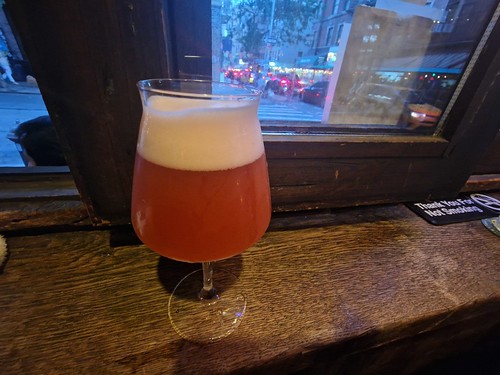 I propped myself by the window for my first drink, a very decent fruited sour from Kings County Brewers Collective, but more on them in a later blog post as I went to their brew-tap the following day. 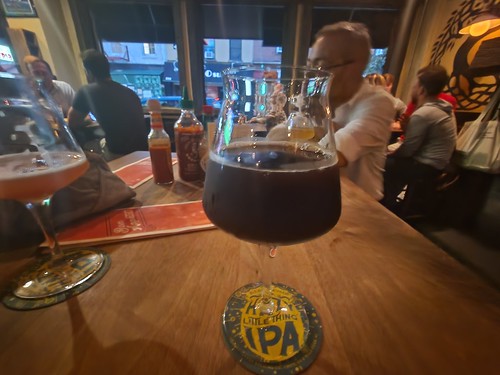 A table then became available, but two of us headed for it at the same time. We soon agreed that we were happy to share that table and had a lovely chat about various matters. With my new friend guarding the table, I went to get my second drink, a very decadent (and slightly expensive) strong ale, the Firestone 19 (XIX) Anniversary Ale from the Firestone Walker Brewing Company. Suitably rich and full of flavour though, I was pleased with it although its strength (13.8% ABV) meant that I sipped at it for some time. 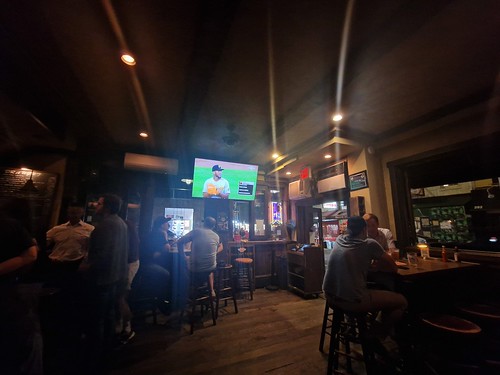 There was quite a cosy atmosphere in the bar, which also had some outdoors seating, and some people were vaguely watching the sport that was showing on the TV screens. I was very pleased with the two drinks that I had, and actually was quite satisfied that I was forced to stay for a second drink, but I’m still not sure that’s the best strategy. The prices weren’t unreasonable for the location and the beer choices were decent, so no complaints there. Although I didn’t have any, there was also food served here such as sandwiches, tacos, chicken wings and the like.

The bar is well reviewed on-line but I can imagine their irritation when someone left them a 1/5 review which stated “Coors Light served warm”, clearly annoying and they soon replied that the bar didn’t sell such a drink. Indeed, I would be horrified if they did, bloody Coors Light…..