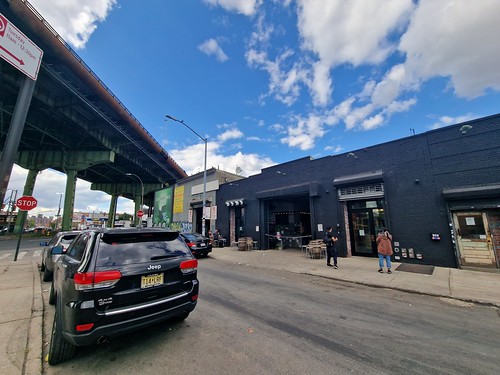 Obviously this blog had to veer into beer at some point and that time is now. This is Other Half Brewing, one of a number of bar set-ups that my friend Nathan recommended to visit. They were founded in Brooklyn in 2014 and although they have numerous locations now, I went to the taproom in their home area. 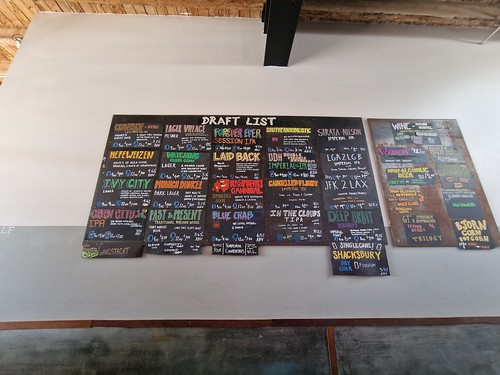 The very exciting draft list and I was pleased to see the 4oz pour so that I could try a number of different beers. There’s something intrinsically exciting about that board, not just with the bright colours that always appeals to me, but you can just tell they are passionate about beer from it. 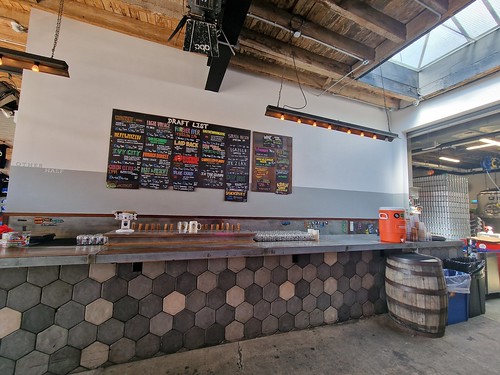 The bar and off to the right is the brewery area. The staff member was helpful and engaging throughout, of course knowledgeable about the different beers that were available. It’s beautifully on-trend, but that probably isn’t a phrase they’d like, they’d just claim they’re being themselves and doing what they like doing. It is on-trend though, although they’re setting them in terms of the beer. It’s pure pleasure sitting in a venue which is helping to define the future of brewing rather than just somewhere that is going through the motions of selling beer. 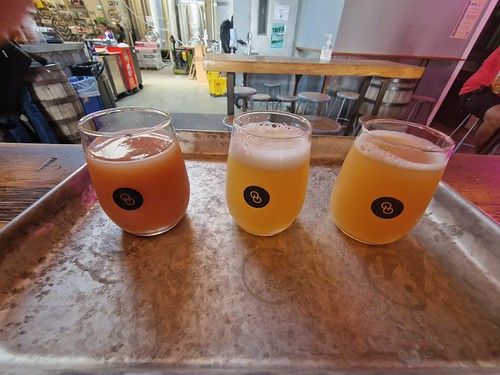 Three of the six beers that I tried and I won’t go in too much detail here, it’s easier to follow me at https://untappd.com/user/julwhite. The quality was exceptional and the LAX2JFK In the Clouds Triple New England and the Double Dry Hopped Double Mosaic Daydream Imperial IPA were just incredible, pure decadence. They don’t sell much dark stuff here, but I was more than happy with their IPAs, smooth, silky and bleeding flavour out. I’m not sure the word bleeding can be used there, but I’m going to anyway as I don’t want to use the word oozing.

They don’t sell food here, but there’s a McDonald’s over the road, although other nearby food venues are also available. There’s plenty of seating inside and out, mostly on high tables inside which is just what I like. But food deserves to come second, this is one of the best breweries in the world based on Untappd scores, an average of 4.23 out of 5 from over 5 million beer reviews. 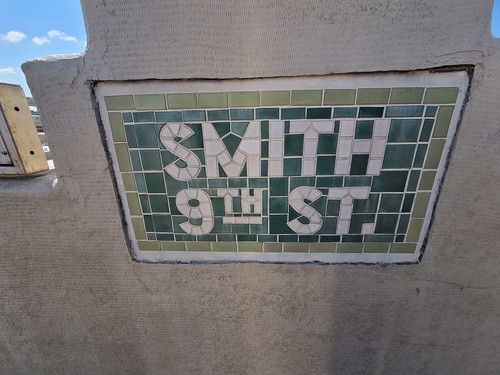 A quick photo of Smith 9th St. station on the New York Subway, although the word subway is a little ridiculous here. 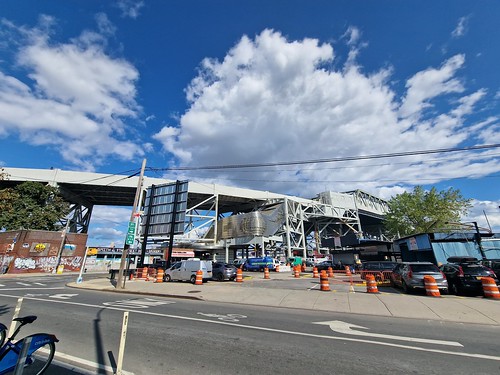 I mention that because it’s nearly 27 metres above ground level and is the highest rapid transit station in the world. I find this astounding, what a breathtaking heap of structure it is. I adore it, the trains sweeping across the top of that. 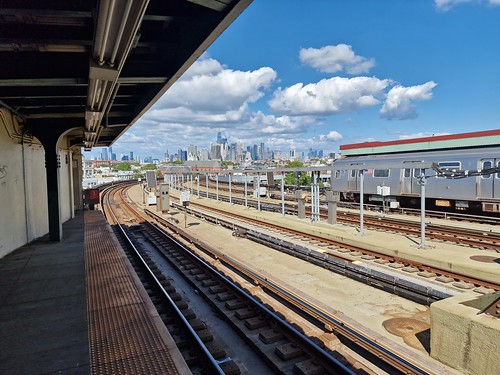 This is the view over New York from the station platform.