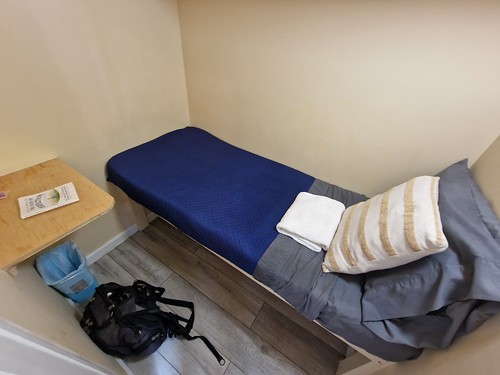 I’ve mentioned that the US is currently expensive for UK travellers due to the collapsing of the pound, so I went for a budget option at Chelsea Pods (also known as Chelsea Cabins) which is effectively a very small room within a large floor. It’s a better option than a hostel as there’s some private space, a lockable door and it’s all relatively self-contained. There’s nothing else there, other than a towel, a bin and a book which has the wi-fi password in it, but there’s access to power and wi-fi at least. 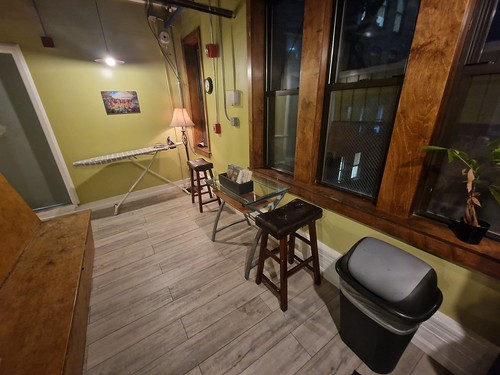 There are a few public areas for seating for those who wanted it. I had picked up a cold at some point which slightly impacted my stay in the city, but I’m pleased to report (since I’m behind writing this up) that I’ve been very brave and I’ve fully and completely recovered. That’s what craft beer and fine food does, it leads to a swift recovery. 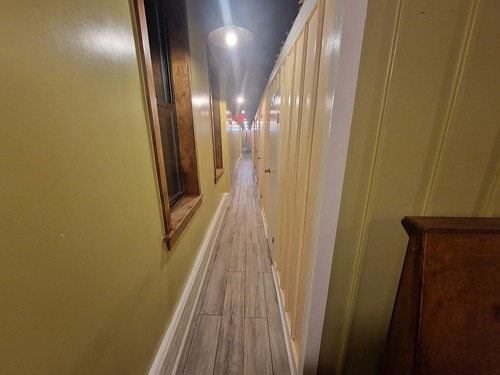 There were no shortage of rooms on this floor, and there’s a floor for women below. I was surprised just how quiet it was, the owner provides a lovely welcome and they come and check that the rules are being followed. I heard someone on their phone being told very quickly to please go outside if they wanted to continue their conversation. I had wondered if it might be a little noisy from exuberant travellers, but as all of the cabins are for single use only and they don’t take bookings from groups, there was no party atmosphere. I liked that. 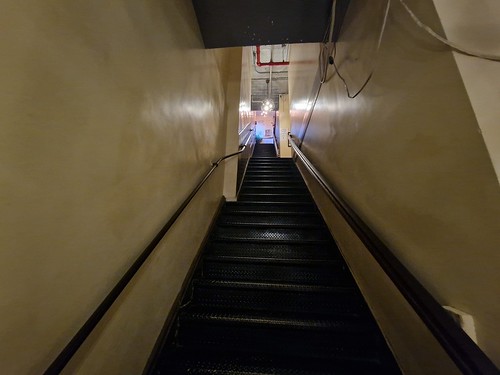 One of the drawbacks is that I had to climb five sets of stairs every time and there’s no lift. There is a breakfast provided which is very basic, but I didn’t try that as it started a little later in the morning and I was able to get free food in New York anyway (legally I’d add, I didn’t pinch it).

I’d stay here again if I was in New York as it was reasonably priced, it was clean and I felt it relatively comfortable. The owner had put me at one end of the floor relatively near to a window, so that kept things quite cool which helped. They did provide ear plugs as there is outside traffic noise, but I quite like listening to the sounds of the city and didn’t need them. It’s designed to be a place to sleep rather than a comfortable place to relax and contemplate the world, an objective that it meets.

Obviously it would have been nice for stay in a decadent hotel in New York, but the average room rate on Manhattan for just an average room was over £250 per night, and I was able to stay in this cabin for £130 for the three nights combined. Given its central location, that worked perfectly for me and I liked their business set-up and model.