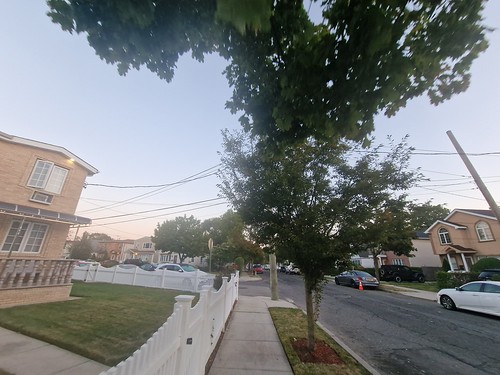 Still on UK time, I got up at 06:00 and let to head to central New York at 06:45, just as it got light. I sent a message to the lovely host that I had left the key in the appropriate place and was good to go. 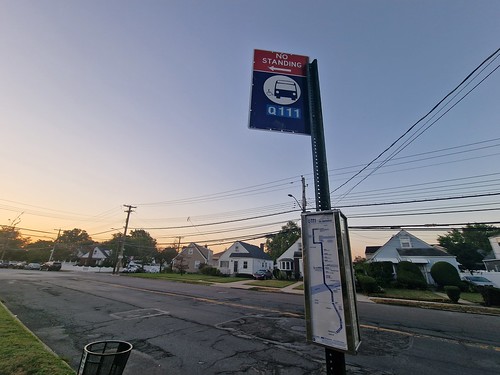 It’s been a long time since I’ve visited the United States and since then my phone contract allows me to roam which makes things like seeing where buses actually are has become much easier. The bus turned up just as Google promised at the stop it said that it would. What a time to be alive…. Travel is made so much easier with Google, I can’t begin to imagine the horrors of using paper maps. I got to try my contactless card on the screen of the bus (the one by the door, I didn’t put my card on the windscreen) and it worked, my first of many trips this week. 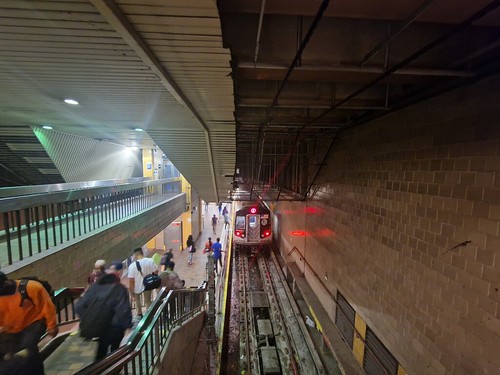 I was lucky to board when I did as I got a seat and the bus was completely packed by the time it arrived at Jamaica Metro station. The school kids on the bus looked exhausted, but it looked like they were facing a 40 minute bus journey each way, and then perhaps more, and it was certainly an early start.

There has been a station around here since 1836 although it has been rebuilt since then, not least as it deals with enormous numbers of passengers every day, not far off 250,000, which is more than railway stations such as London Liverpool Street which is around 180,000 people on average per day. I got fortunate here as I wasn’t rushing (as can be noted by the fact I took time to take a photo) to get the E train into central New York, but I noted it looked packed. There was then an announcement that the train on the other platform, where I was standing, would be leaving first and the stampede was like a thing of natural beauty. I was fortunate as I was near that train and had already darted in to get a seat on what would be another very busy journey. Comfortable and cheap transit, it was good to be back in New York. 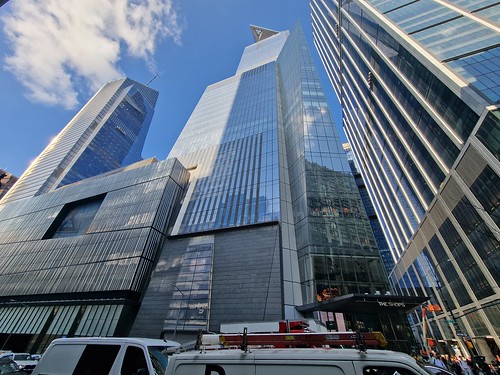 As my Metro train stopped off relatively near to Hudson Yards, I thought I’d go and look at the huge development that they were building there as I’ve heard so much about it. It won’t be completed for another couple more years, but they’ve finished a fair chunk of the structures, although more of which in the next post….