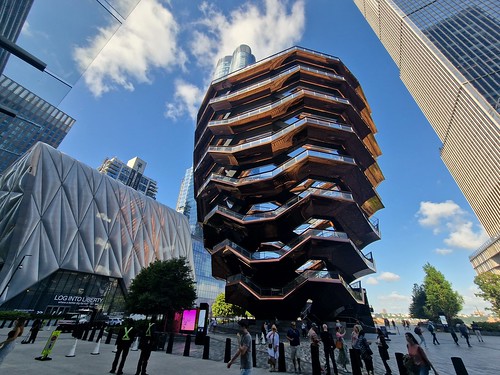 This rather exciting piece of architecture is Vessel and is part of the artworks at Hudson Yards. It was designed by the British architect Thomas Heatherwick, who also designed the ill-fated Garden Bridge project in London. Not to be done with that, he designed the 2012 Olympic Cauldron and the new Routemaster bus, so something of a modern day George Stephenson. 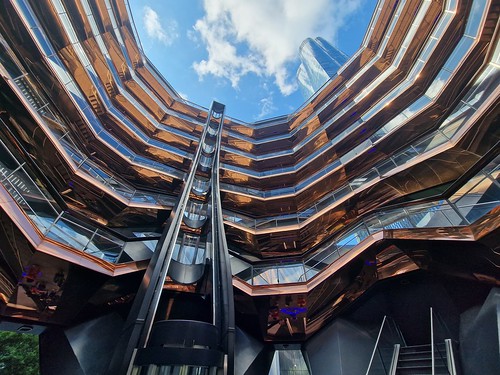 In all of this are 154 flights of stairs, 2,500 steps and 80 separate landings, so some considerable opportunity for exploration is possible. The cost though was ridiculous, at $200 million, and there’s no way that a sum of money that large should have been spent on an art project. That would have been enough to endow an art museum, despite the excitement of pretending you’re in a honeycomb. Although to be fair, I doubt they would have started off on the project if they had realised the cost, it was originally meant to be much cheaper. 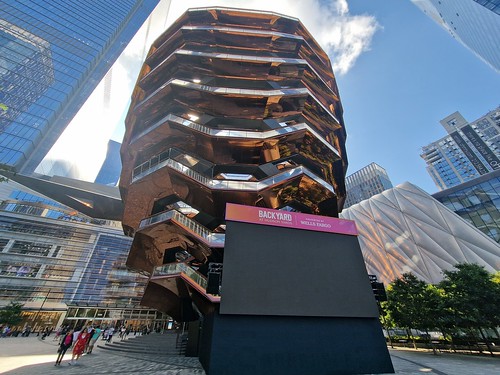 Unfortunately, it can’t be climbed at the moment, due to a series of suicides meaning that they’re putting nets in and adding some other safety features. It must be sad for a designer to see their project become a suicide hotspot, but at least there are efforts to re-open it. It was free to climb initially, but the cost of safety improvements means that there is now (or will be again when it re-opens) a $10 fee other than for those arriving in the first hour of opening and they can have a walk around free of charge. 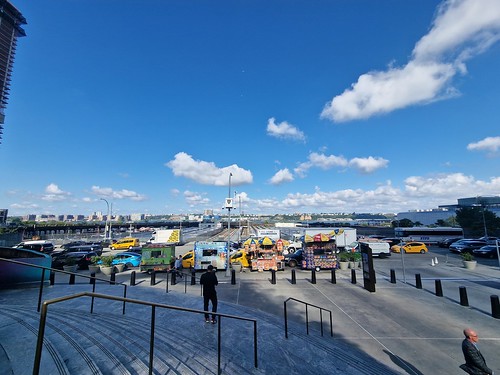 Looking out over the Hudson River, those aren’t roofs in the foreground, they’re trains parked up and it’s part of the High Line behind them. More of that later in the week. 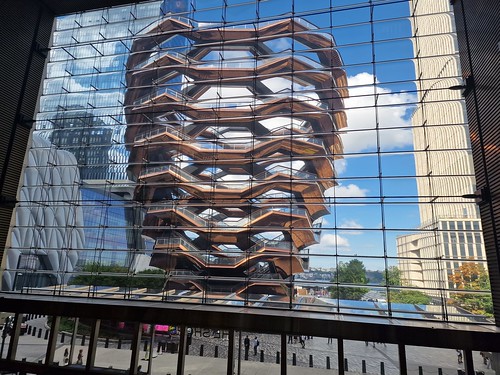 Looking out from the shopping centre, there was some controversy for a long time at the lack of disabled access at Vessel, although they’ve made some changes to improve that as well. As if all of that wasn’t enough controversy, they also got into a mess with their photo policy, but more about that at https://ny.curbed.com/2019/3/21/18275790/hudson-yards-vessel-photo-policy-social-media. It looks good though, I have to give them that and perhaps I’ll get to have a bit of a walk about on it one day.