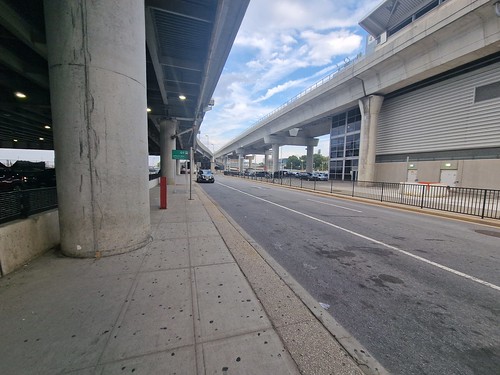 I quite like hotels, but the recent trend in many countries, including the UK, Ireland and the United States, is that prices have been soaring. I’m not entirely sure why, I suspect it’s pent up demand. There’s another factor perhaps in play that hotels seem willing to leave lots of empty rooms, some are no longer going for occupancy rates, they’re looking for total revenue and that’s a different equation.

Anyway, what with the exchange rate soaring, I’m having to be more creative on this trip and am switching to Airbnb more where hotels are too expensive, particularly in the first week. I’ve done this on trips away before in little groups, but never on my own as it seems like too much hassle. But, some of these Airbnb arrangements are becoming like small hotels, and that means that the experience isn’t much different. It’s hardly going to be the Sofitel in Warsaw, but we can’t have everything.

Right, I’ve digressed, my choice of Airbnb location meant I had to find the bus that would take me out of the airport, which is already a cost saving compared to the AirTrain. After some faffing about in a lift and several quiet complaints about the poor signage, I found the bus stop. 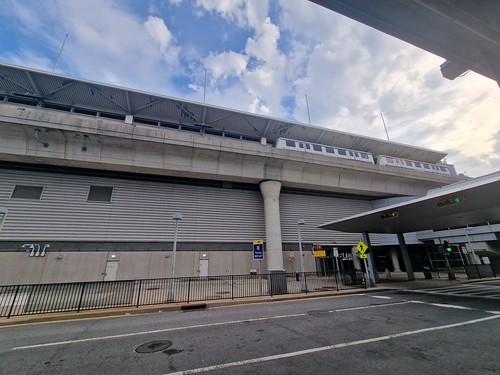 And talking of which, there’s the AirTrain on the upper level. 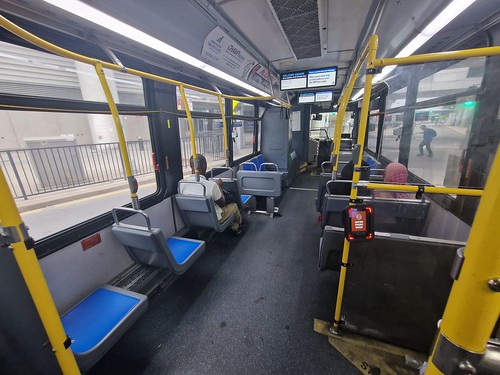 I’m pleased that since my last trip to New York that there is a new public transport payment system which is called OMNY. In effect, it’s like TFL and allows passengers to use their contactless cards, which works for me. It’s been installed on all buses and at all Metro stations in New York and I was excited to see how it worked. Anyway, to cut a long story short, it was broken on this bus and the driver let me on free. It’s a good system though, it will automatically cap fares at $33 for the week (starting Monday, which was handy as that’s when I arrived) so I’ll hit that relatively quickly and then get transport free until I leave on Friday.

After going a few stops on the bus, I thought I’d walk to the Airbnb since it was only twenty minutes. 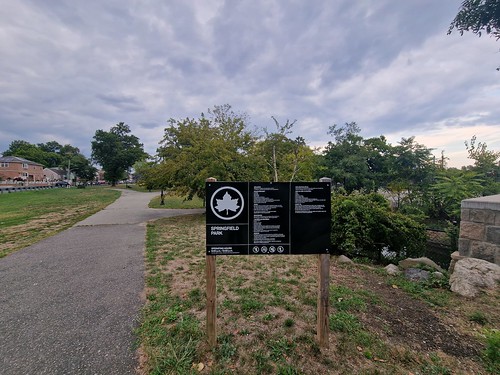 Passing by Springfield Park, created in 1932, with the area given that name by seventeenth century settlers who noted that there were lots of springs in the area. Creative naming. Fun fact incidentally, the area of New York known as Queens, where I was staying, was named after Catherine of Braganza who was the wife of King Charles II. 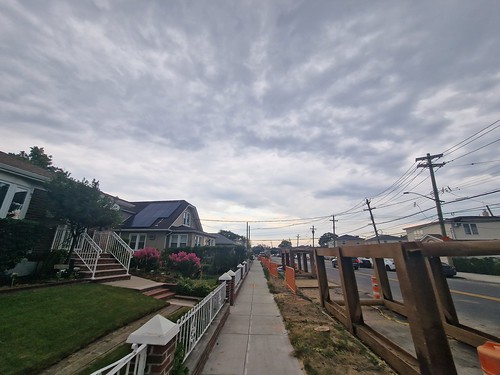 It’s not very evident from the photo, but the wind picked up and dust went everything, it also got cold very quickly which I liked. 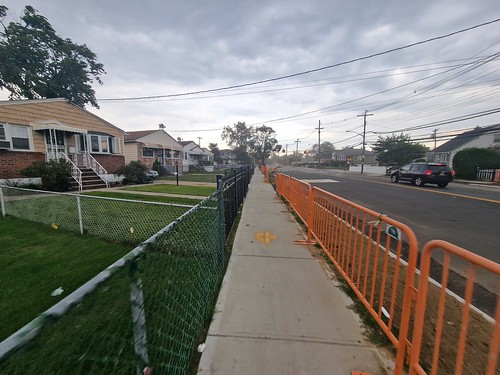 The dust is sort of visible in the rear of this photo. Use your imagination….. 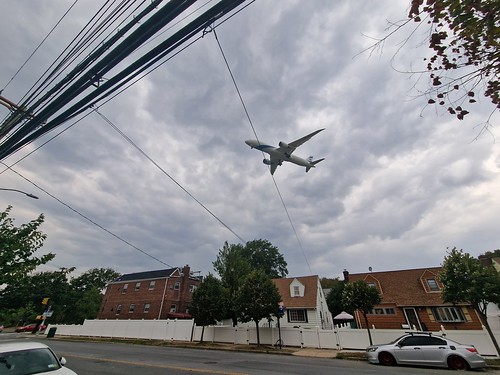 It was evident, from some subtle clues, that the accommodation was near to the airport. 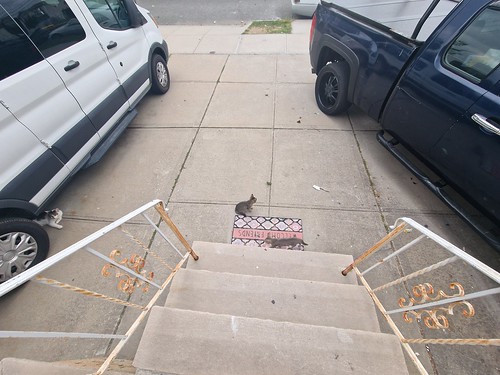 Little kittens came to welcome me. You don’t get that at Accor. 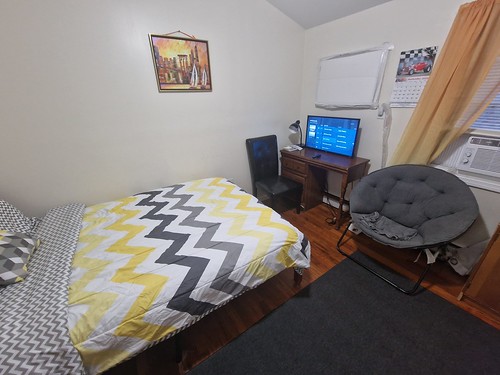 The room which was spotlessly clean and the host was lovely, pro-actively turning the air conditioning on full which is just as I like it. She seemed aghast that not every house in the UK has air conditioning and I can’t blame her. The welcome offered was better than at most hotels that I’ve visited, I was suitably impressed. 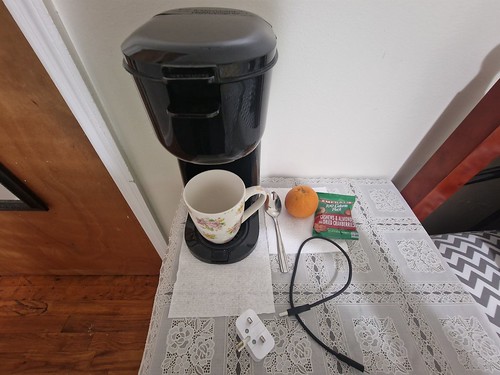 Free snacks were available, I went for an orange (I think I had jet lag and was confused) and nuts, along with a rather lovely coffee. For the price, this worked very well for me and was a positive first use of Airbnb. It cost just over £55, but hotels even further out were around £90 and anything in New York was realistically £300. I slept very well, it was delightful to catch up on sleep after the meandering way I had taken to get here.