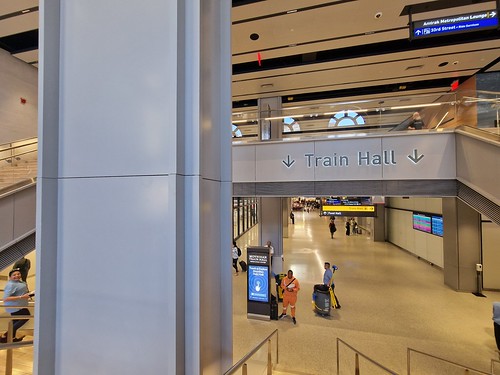 I’ve departed from Penn station in New York on Amtrak services before, but this is the first time that I’ve used Moynihan Train Hall, which opened at the beginning of 2021. I can’t say that I expected a great deal from the project, but any money put into rail in the United States should be applauded. 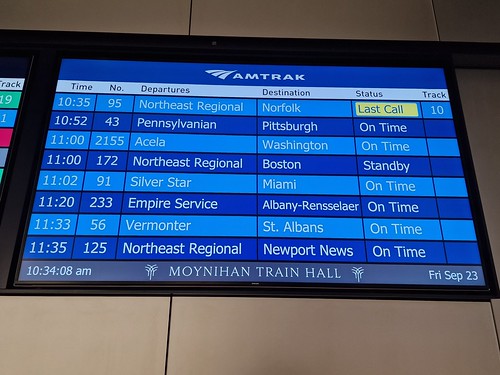 Arriving just one hour early and so cutting it fine (for me) my service was the 125 to Newport News, although I was only going as far as Richmond. 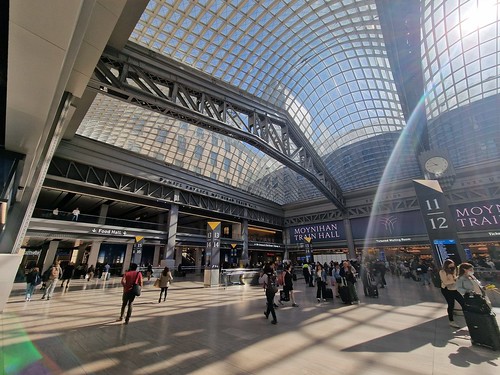 Now, I think this is bloody lovely. This was the James A Farley building which was a Post Office, but requirements change and it’s now Amtrak’s main facility for the city. It’s named after Daniel Patrick Moynihan, a politician who had championed this idea for some time. 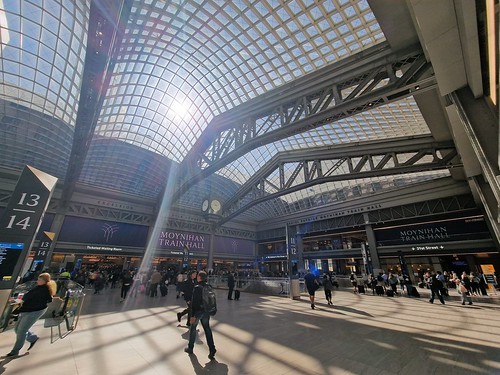 From a different angle, but I very much like all that brightness flooding onto the concourse. 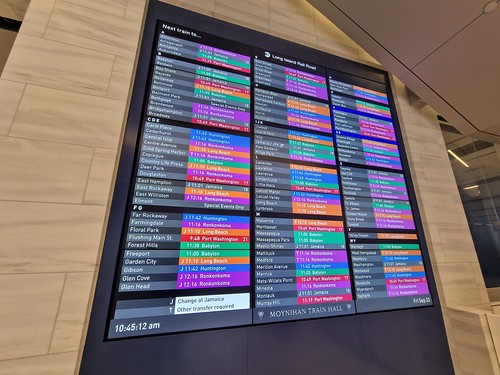 So much colour and so much clarity. 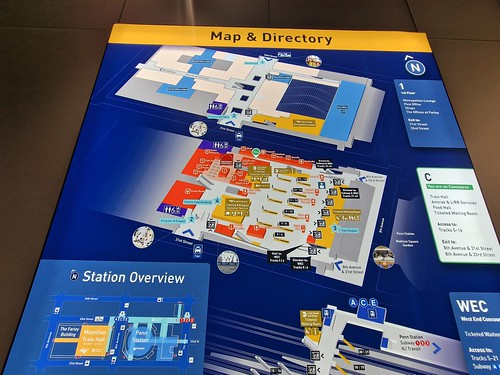 A plan of the railway station, with the platforms below ground, then the main concourse and then there’s a floor above which is partly still used as a Post Office. 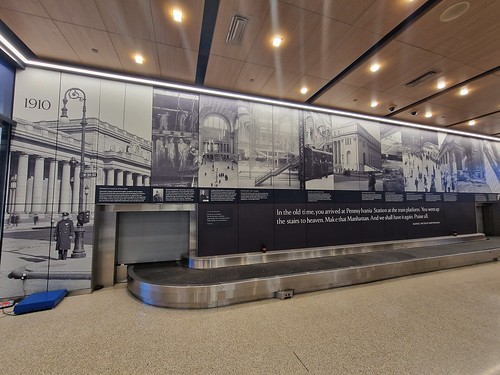 The luggage carousel where they’ve made something of a feature wall of the station’s history. Note the quote from Moynihan which reads:

“In the old time, you arrived at Pennsylvania Station at the train platform. You went up the stairs to heaven. Make that Manhattan. And we shall have to again. Praise all”.

And the people of New York do have it all again, the destruction of everything above the platform level at Pennsylvania Station was a disaster, but this Amtrak station has clearly rectified many of the wrongs. This is a good time to requote Vincent Scurry as it’s in the same vein: 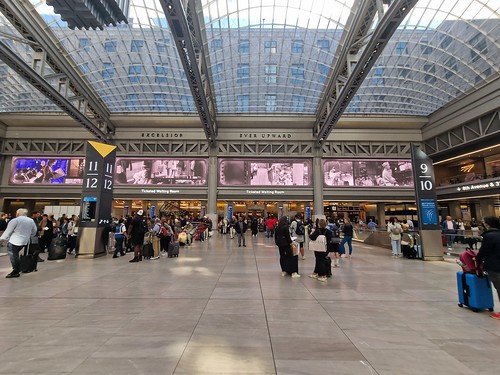 There’s a lovely waiting area at the rear, with everything being clearly signed. 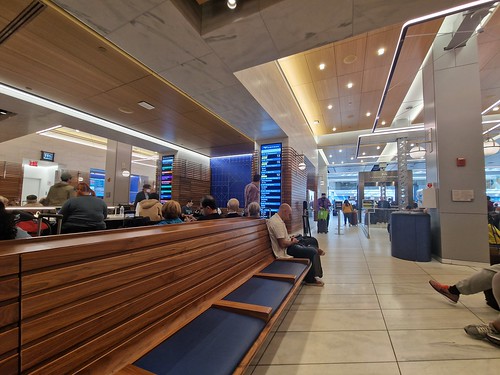 And here it is, although you have to show your train ticket to get in. Lots of comfortable seats, power points and wi-fi, it has an air of calm about it. Indeed, so does the entire railway station which now has a food court with plenty of seats, information points and a shininess about it which should make passengers want to use trains. It reminds me of how calm Helsinki airport feels and to achieve that with a railway station in the middle of New York is what I consider to be a design miracle. For those reading between the lines of this post, they may gather that I like this railway station and it is far better than anything I can think of in London. The design of St. Pancras is impressive, although that’s mostly down to the Victorians, but they’ve crammed so much retail into it that there’s rarely sufficient seating available. And they might as well knock Euston down, a dreadful station.

I’ve digressed into complaining again though, so let’s get back on track (see the pun there?). After charging my devices ready for my train journey, an announcement was then made to go down to Track 13.