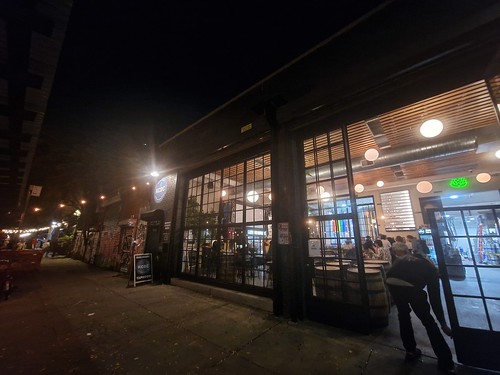 As I was still feeling a little sluggish following my cold, I only visited a couple of bars in the evening. Even that I thought was a sign of my remarkable bravery, but I’m not one to dwell on that or mention it to others. My visit was to Kings County Brewers Collective (KCBC) in Brooklyn, a few stops down from Grimm Artisanal Ales, which opened in 2017. The brewery themselves note:

“Once dubbed “the beer capital of the Northeast,” Bushwick was home to a large German immigrant population and a thriving brewing industry in the late 1800’s. Local beer was everywhere–in particular, on “Brewer’s Row,” where there were 14 breweries operating within a 14 block area (beat that, Portland). By the turn of the century, a whopping 10% of the beer produced in the US came from Brooklyn, and the majority of that beer was brewed in Bushwick. Then came the New York State hop blight and Prohibition. Ughhhhhh. Only a handful of the Brooklyn-based breweries survived and continued to operate afterward. When Rheingold and Schaefer breweries both closed their doors in 1976, Bushwick was left without a local brewery…”

Until KCBC came along and brewing in the area was back. 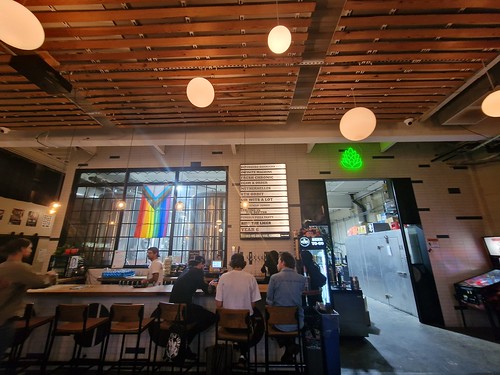 The bar set-up and this arrangement felt suitably comfortable, so I took a seat by the bar itself rather than at one of the nearby tables. The service was personable and helpful, with a regular supply of customers coming in to purchase takeouts. 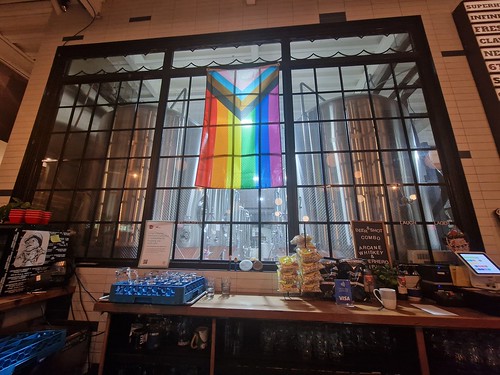 The brewing equipment visible behind the bar and there’s been some care with the layout of this whole set-up. 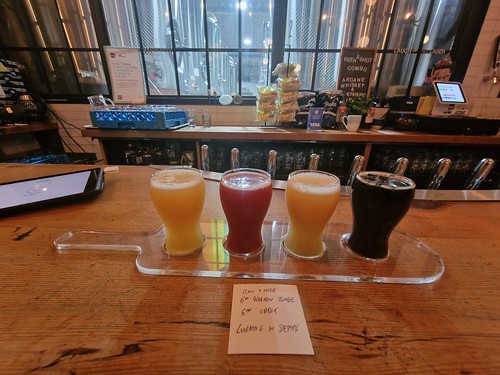 The beers that I went for, and I faffed about for a while choosing which four to go for. As can be seen from my beautiful writing (whilst trying to lean on a bar at an angle anyway), I went the Claw & Order, the 6th Birthday Zombie, the 6th Orbit and the Lurking in Depths, which they carefully presented in the order that I had written them down. I always appreciate that, in the same way that I think a glass should be presented with a logo facing the front. But, I digress.

The four beers were all excellent, my favourite was the 6th Orbit IPA that was loaded with fruit taste and flavours of grapefruit and coconut, although I didn’t get the ‘gummy peach rings’ that were mentioned in the description. 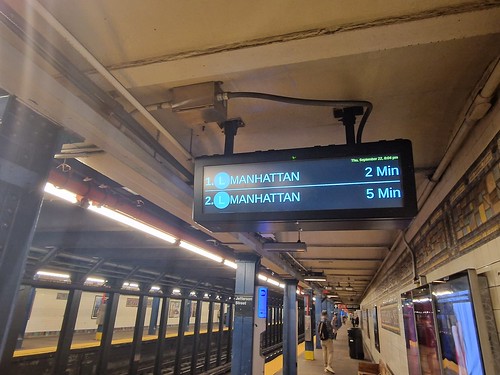 It’s not that bad a taproom, so although it had space on a Thursday evening, I can imagine that it must get quite packed on weekend evenings. It’s an interesting part of Brooklyn as well, it had a vibrant and youthful feel to it with numerous other restaurants and bars in the vicinity. Although was very convenient is that the bar was just around the corner from the Jefferson Street Subway station and a train that went straight back to near my accommodation in Manhattan.