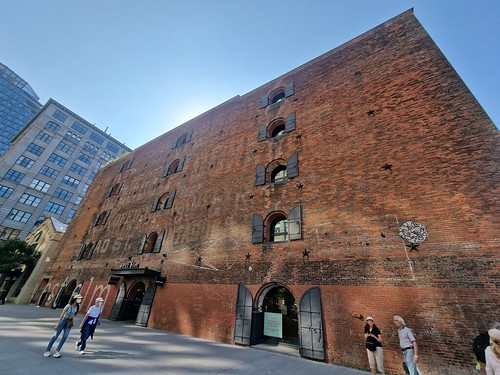 Located opposite Evil Twin Brewery, this is the former Tobacco Warehouse which is now used by the St. Ann’s Warehouse theatre group. To me, it’s one of those fake buildings where there’s now just the frontage and nothing else, although that’s not a recent design decision that’s the fault of the theatre, the interior went long ago. At least the building is in usage again today, it was constructed before the Civil War and was used as a tobacco inspection centre. 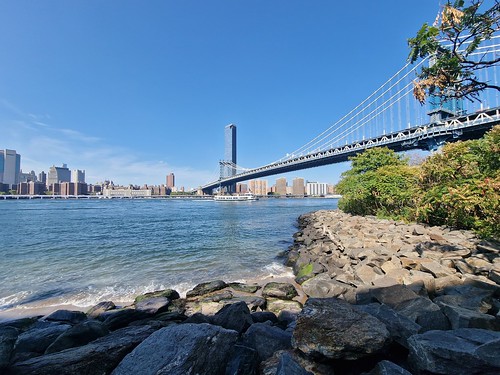 Next to it is Manhattan Bridge which crosses the East River (which isn’t technically a river, it’s a tidal estuary, and it’s also known as the Sound River) into Manhattan. Work on the bridge started in 1901 and it was completed in 1909, which seems fairly reasonable going for a structure of this complexity. I’m sure my friend Liam would have struggled to get this constructed any quicker today. There was though a structural mistake made with later additions to the bridge which meant that there was a dip in the road and rail lines, which wasn’t entirely ideal. They fixed this in 1980, although only at great cost. The bridge was going to known as Bridge Number 3, which is entirely practical, but the New York Times hated that, and newspapers are powerful so it was renamed. 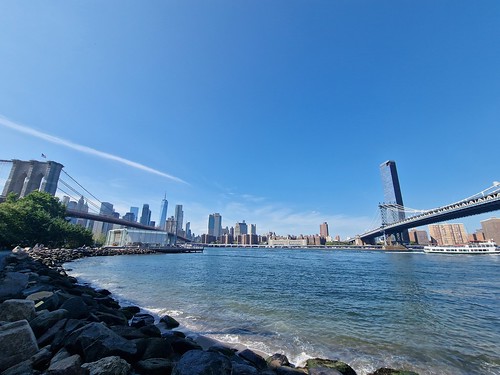 The Manhattan Bridge is here on the right, with the Brooklyn Bridge, the first bridge to cross the river (or tidal estuary), on the left hand side of the photo, built between 1870 and 1883. It was a difficult sell for the developers and they had to bribe city officials to get the required permissions to construct it. It was once known as the ‘Great East River Bridge’ which I think has quite a ring to it, but it took its current name in 1915. 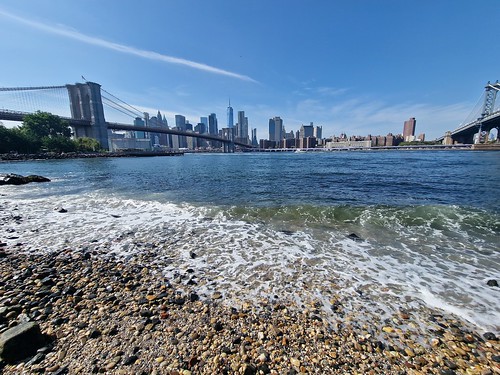 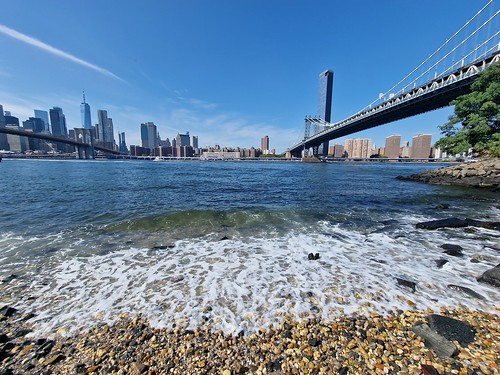 The Freedom Tower and much else in downtown Manhattan is visible in the background. 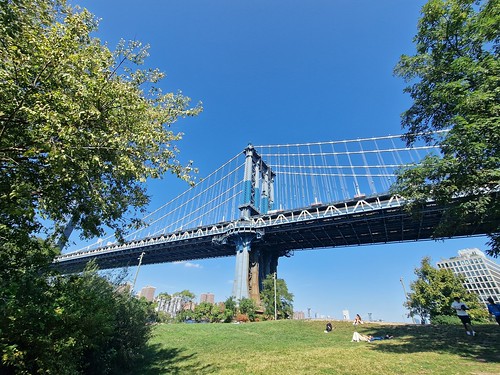 Underneath the Manhattan Bridge, it seemed a popular place for locals to have a little picnic or even an afternoon nap.