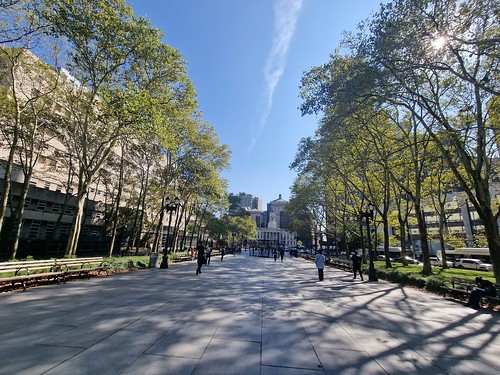 Slightly awkwardly, my first reaction to seeing this metalwork slightly impeding access in the middle of the path was one of wondering who had dumped that there. My later reactions were more favourable though when I got closer to it. 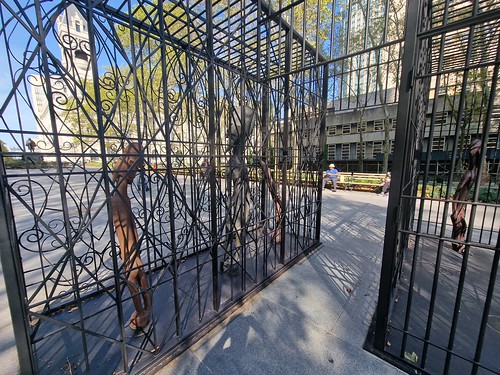 It’s actually an art installation which has been designed by the New York artist Fred Wilson which is meant to act as a representation of the incarceration of immigrants and also black people. And my reaction of impeding access was not entirely incorrect, as the artwork is meant to symbolise obstruction and the barriers that people have faced. I’m not entirely sure if this is meant to define the barriers that slaves, the black population or more migrants have had to battle against, but perhaps it’s all of them and isn’t meant to be limited. 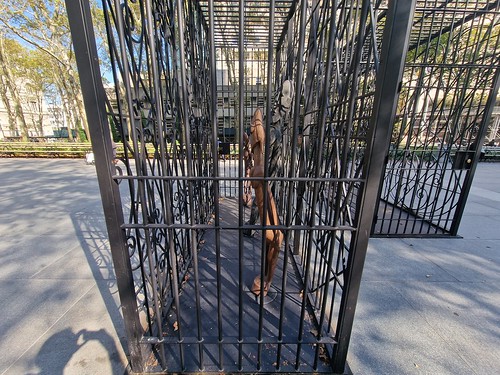 Excuse my not very subtle shadow on the artwork…. New York Parks said in a statement:

“This sculpture will make Downtown Brooklyn’s parkland more vibrant while calling attention to important questions about barriers, justice, and freedom.”

The sculpture is in Columbus Park for a year, until 2023, and the artist and sponsors are apparently calling for feedback on the artwork and what people take from it. It all grew on me, I liked the ornamental gates and the representation that gave of wealth and privilege shutting other people out. An interesting artwork and I hope it is transferred somewhere else after 2023 so that it can still be seen.