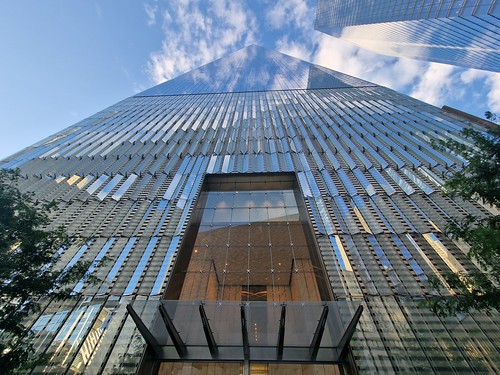 I adore this building, which is formally known as the One World Trade Center, but which I’m calling by its informal name of the Freedom Tower. It’s the replacement for the Twin Towers which were destroyed on 9/11 and it stands 1,776 feet in height, a nod towards the year of the Declaration of Independence. A lot of the tower’s height is from the spire, with the observation deck being at the same height as the tower destroyed in 2001, standing at 1,368 feet. 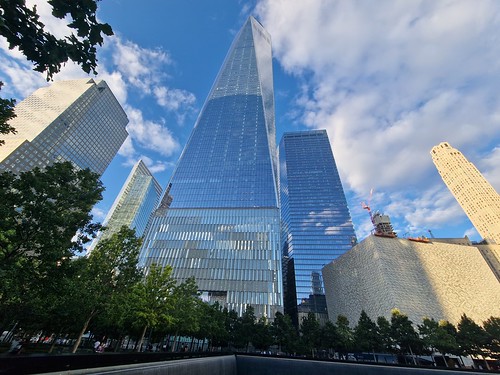 I think it’s majestic and I remember visiting this site whilst they were still constructing it being in awe of its height and glimmering effect. There’s an interesting article at https://untappedcities.com/2014/11/04/the-nyc-that-never-was-1-wtc-and-the-competition-for-the-world-trade-center-site/ which shows some of the other designs which were drawn up for this site, but I personally think that they picked the best one.