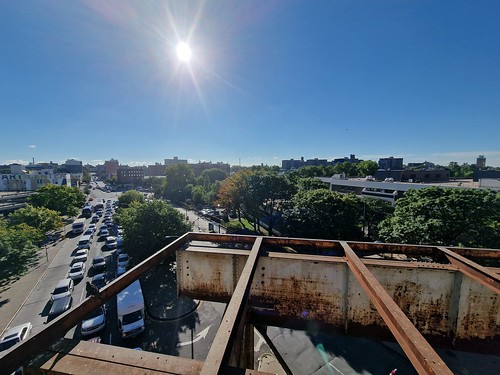 I really appreciate the complete lack of subtlety with some of the overground sections of the New York Subway. This particular clump of metal leading to West Farms Square in the Bronx dates to the first few years of the twentieth century. There’s more information about the elevated rails of the New York Subway at https://www.nycsubway.org/wiki/Chapter_13._Design_of_Steel_Elevated_Railways which shows their scale and complexity. 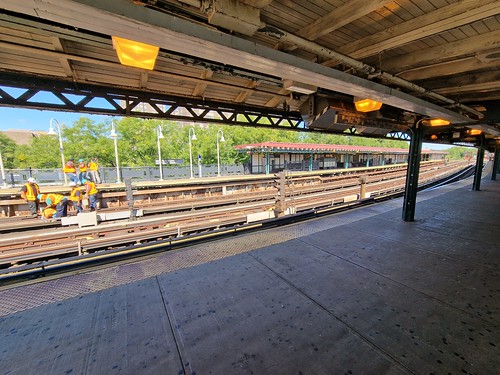 I mention all this as the track was a little bit broken when I came back to the station after visiting Bronx Zoo, hoping to get back to Manhattan. The only solution was to go one stop in the wrong direction and then change tracks back again whilst the engineers resolved the problem. There was no subtle way that they were fixing the track, the engineers were high in the air either whacking the rails with huge mallets or watching the others whacking the rails with huge mallets. This is what I consider true civil engineering to be and I think that’s what my friend Liam does all day (other than drinking tea). I thought that it was most impressive. 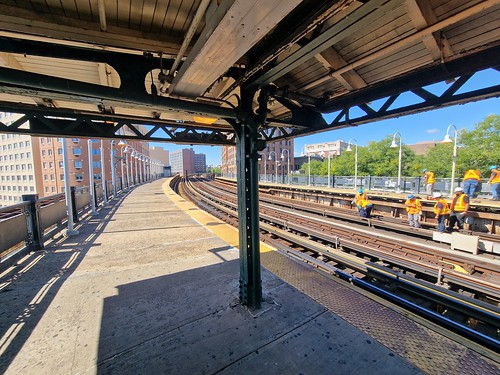 They didn’t shut the line down either, the repair crew just moved out of the way if there was a train going past on the neighbouring track. There was something rather industrial and exciting about listening them hitting steel (or whatever it’s made out of) about the place.