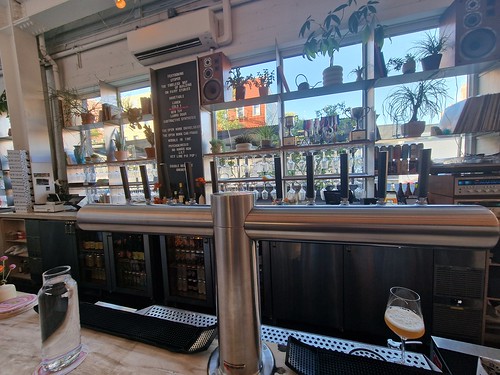 The first brewery of the evening was Grimm Artisanal Ales, although I had to faff about in a local park for fifteen minutes as I turned up at 16:45 and hadn’t realised that the taproom element didn’t open until 17:00. The brewery was founded by Joe and Lauren Grimm and this is their main taproom, located in Brooklyn. They were founded in 2013, but it took them five years to get a brewery set-up of their own, relying on using other breweries for the first few years. 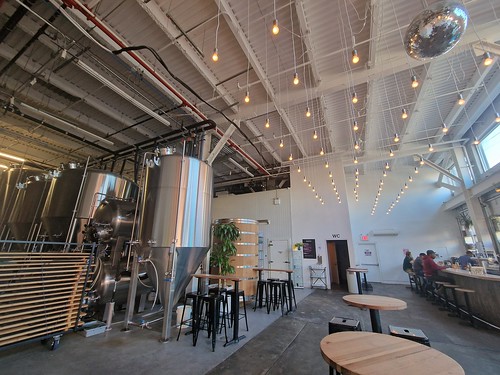 It’s another organised and even quite alluring brewery set-up, with the brewing equipment off to the left. There’s plenty of seating as well, including an outside area for those who like to sit by traffic fumes and insects. Sitting at the bar was popular during my visit, but there were some lower chairs available as well. The staff members were friendly and pro-active in explaining the options, it felt a welcoming venue to visit. I visited on an early evening on Thursday and it was getting relatively busy, but I can imagine that it must soon hit its capacity on a Friday and Saturday evening. 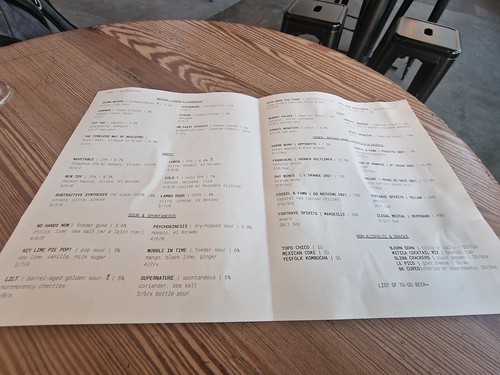 The menu is on Untappd, but there’s a printed version as well which is always handy. It’s a well balanced menu in terms of the different beer styles and there are also plenty of ciders on there as well. 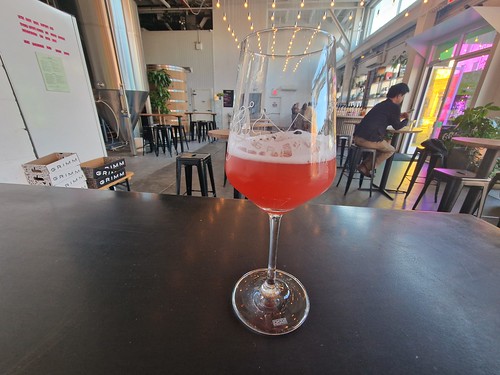 I tried five different beers, this is the most colourful, the Lilt fruited sour. My favourite was the bottle pour Memory Palace, a 12% imperial stout. That beer had some coconut and chocolate flavours and was very smooth for its ABV, a rather lovely way to end the visit. A very passable bar and one that I’d visit again.