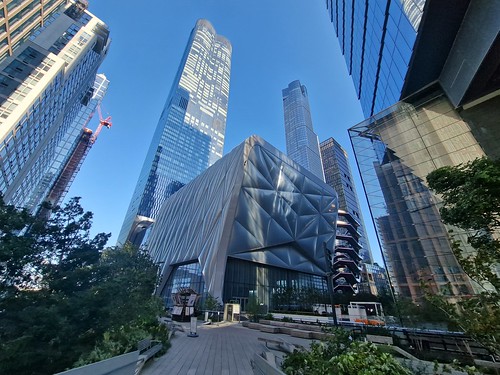 This is the photo that I left my loyal readers (or reader) with in my last post, where the High Line meets Hudson Yards. This is as far as I got last time that I came to New York as this section only opened in 2019. 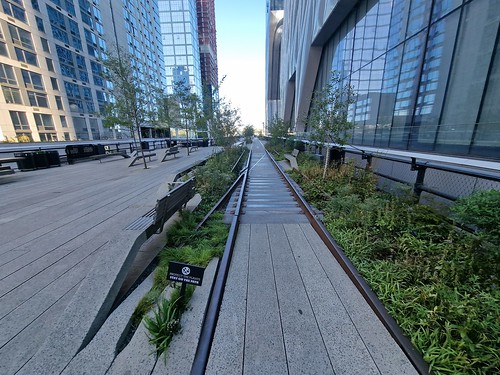 The extension means that the railway line now heads off in the direction of the River Hudson. 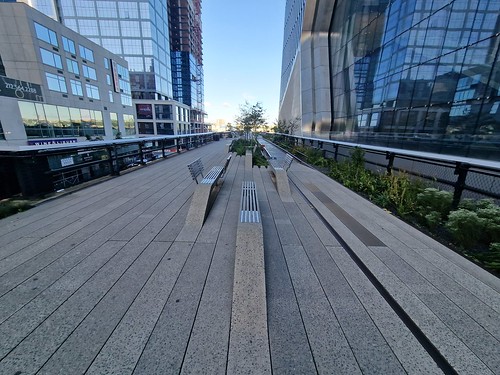 It had been rather warm so far on my little walk, indeed perhaps a little too hot. Not that I’m one to complain about the heat of course. That situation changed when walking down here, clearly it’s some form of wind trap from the Hudson, although it was certainly refreshing. 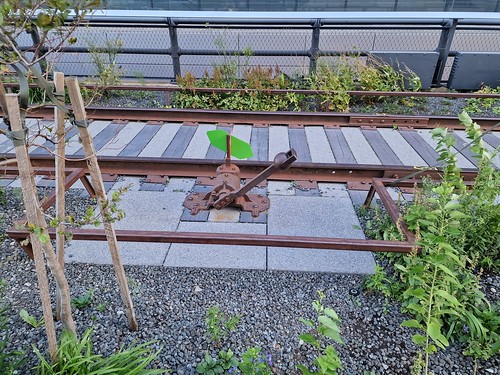 Lots of little rail features remain, although I imagine most of these aren’t original. 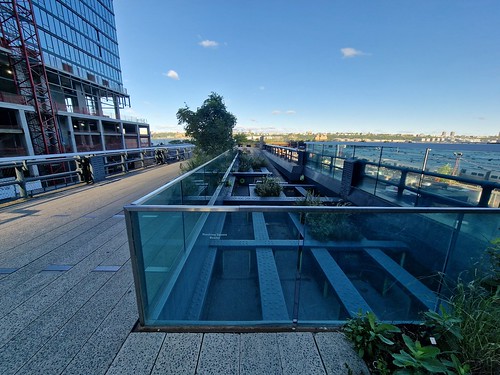 These are the Pershing Square Beams, and congratulations for anyone who noticed that from the photo, and this is actually a little playground for children. Industrial and with a secret tunnel, this is a creative idea which I can imagine children would enjoy. Although they won’t at the moment as it’s shut. 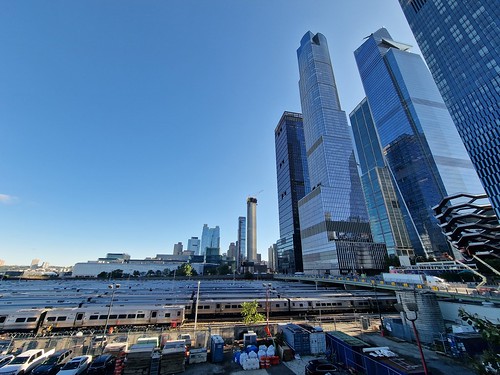 Looking back towards Hudson Yards and look at all of those trains!

For this to make more sense, this photo from Wikipedia is useful as it shows the site before Hudson Yards was developed. The trains, which are at what is known as West Side Yard, are still being stored in the same place, but they’ve built the entire Hudson Yards complex on top of them. That’s some considerable feat of civil engineering and it’s no surprise that this project is expected to cost $25 billion, the most expensive real estate work in the United States at the moment, given all these challenges. 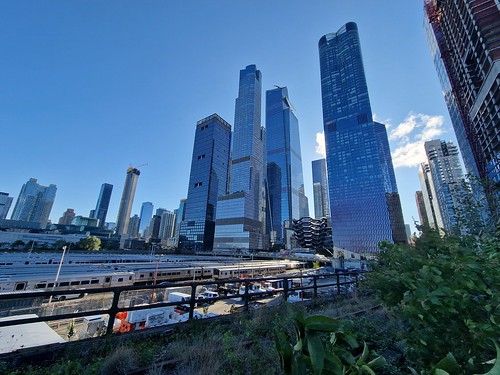 So all of that shiny new retail development is sitting on top of some rail tracks. 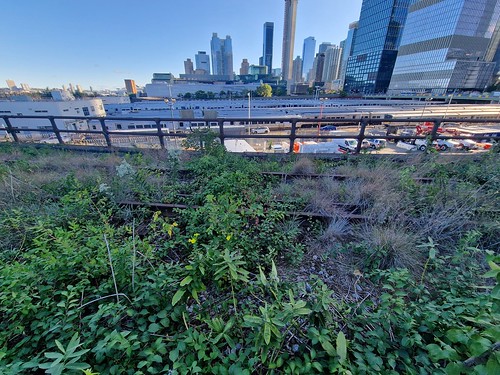 As with the older sections of the High Line, there’s plenty of floral arrangements about the place. 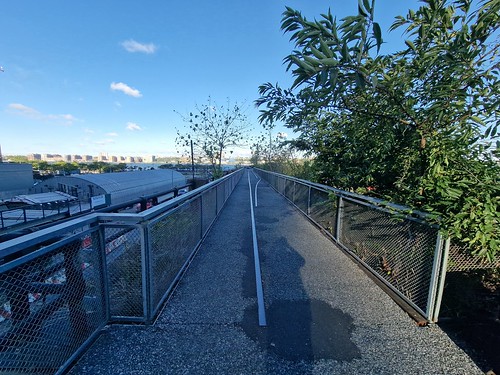 I confess that I didn’t walk all the way to the end, as I wanted to end up at Hudson Yards so that I could walk to Penn station to get my Amtrak train out of New York. 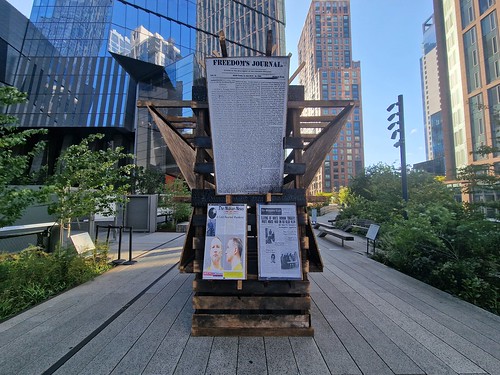 The Freedom’s Stand art installation by Faheem Majeed which was unveiled earlier this year and it takes its name from from the first black owned newspaper, Freedom’s Journal which was founded in the city in 1827. It didn’t last long, only until 1829, although it inspired The Rights of All newspaper, although that didn’t last much longer either. But, it was still an important principle and there’s more about this at https://www.blackpast.org/african-american-history/freedom-s-journal-1827-1829/.

With that, it was time to walk to Penn station and I mention that as there are plans to install an elevated walkway, called the Moynihan Connection, to allow pedestrians to walk there.