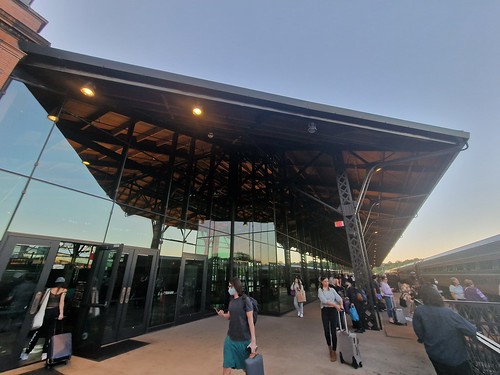 Having safely arrived at Amtrak’s Richmond Railway station I had a 40 or so minute walk to my accommodation for the evening. I was pleased that the train hadn’t been delayed as that meant I should arrive before it got too dark. 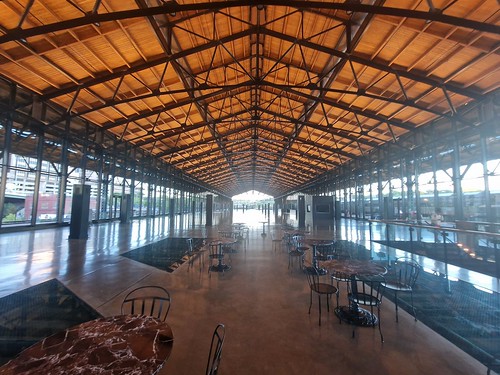 More on this in a later post when I leave Richmond, but this is an impressive way to welcome rail passengers. In brief though, it’s an odd arrangement and this space is mostly used for conferences and the like, with passengers just walking through the middle of it to get out. Between the mid 1970s and 2003 the railway station wasn’t used by Amtrak, they solely used their facility at Richmond Staples Mill Road, but it’s a positive that this more central building re-opened for passenger usage. Incidentally, I wasn’t at all clear how to get out, I missed the steps which didn’t seem entirely obvious (although actually they are, readers can see them in the photo, but I think I was looking at the roof) and instead followed by mistake the group going to the ground floor by using the lift. There was only just space for me, but everyone kindly made room, probably wondering why I hadn’t just walked down the steps. Anyway, that fascinating tale to one side…. 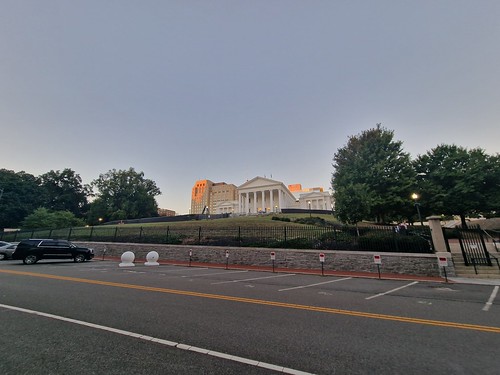 I took a slightly longer walk than necessary which took me by the Capitol Building, but more on that again in a future post (all this excitement that I build up!!!). The lighting worked quite well here I thought. 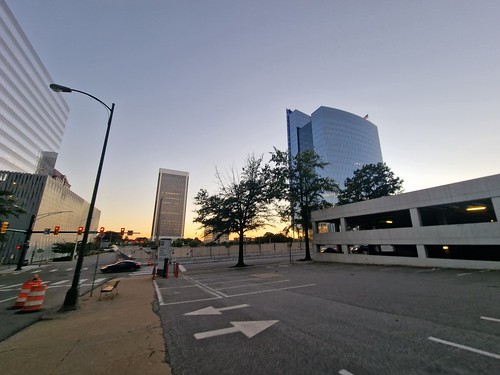 The United States often feels slightly strange in numerous ways, but not least these huge grand buildings and then acres of what I consider wasted space for car parks. There are some states in the country where building owners are legally mandated to have large numbers of car parking spaces, which causes problems for the zoning when every structure is surrounded by tarmac. The newer parts of Richmond felt like that to me and that’s perhaps evident in the photo. 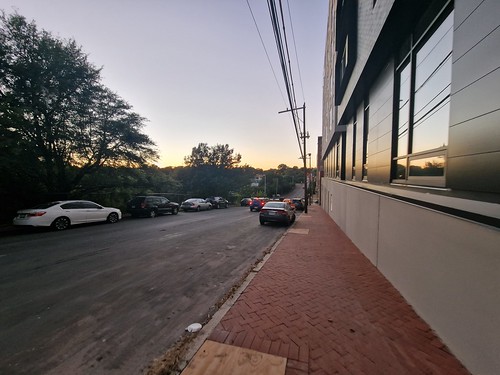 Off down the back streets of Richmond, I was heading for the Fan District of the city. 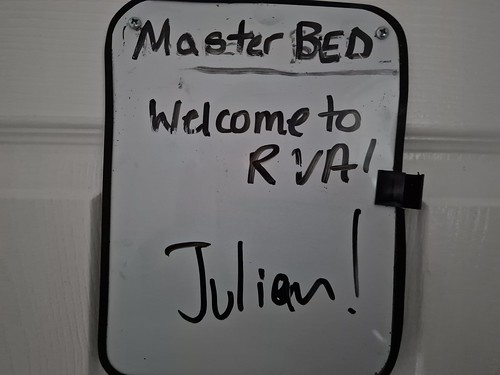 I’ve mentioned that I needed to rely more on Airbnb on this trip, although this might have been the final night when I relied on it during this trip (I have a couple more nights left to book) and was able to get hotels for hereon in. The owner was friendly and engaging, although he had messaged earlier in the day saying that he had no water. I thought this was going to be just one big heap of confusion, but just before I got there I received a message that he had fixed the problem. All was well with the world…. 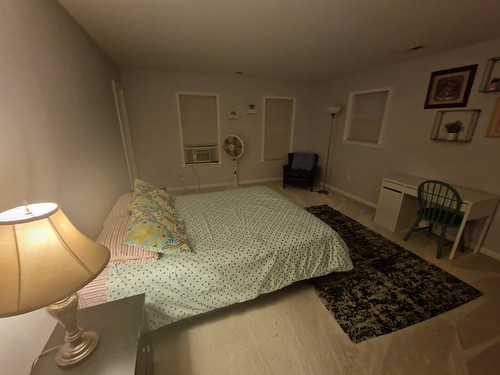 The room was spacious, spotless and freezing cold because of the air conditioning, a situation that I very much liked. I know that there are environmental impacts from air conditioning, and I mention that because Stuart from the LDWA would expect nothing less from me, but I do like their cooling qualities given how much I hate heat and warmth…. 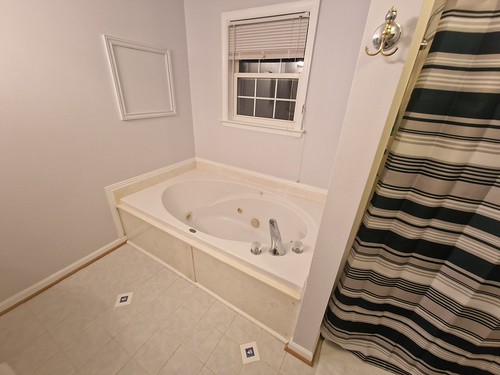 And a very large en-suite bathroom, with the shower off to the right. This cost under £40 per night, which was a third of the price of hotels in the city, so another clear win for the Airbnb. The house is entirely let to travellers, but I think there was just one other person when I was there and the owner lives nearby. There was a comfortable vibe to the arrangement and I’ve started to be won over by Airbnb because of owners like this. Cost effective, clean and also easy to check-in as all the information to get through the doors and into my room are supplied within the app.

That was me safely in Richmond, where the following day I only had until the evening before I got the train out of there, which meant I was going to have a busy day trying to see everything that I wanted.