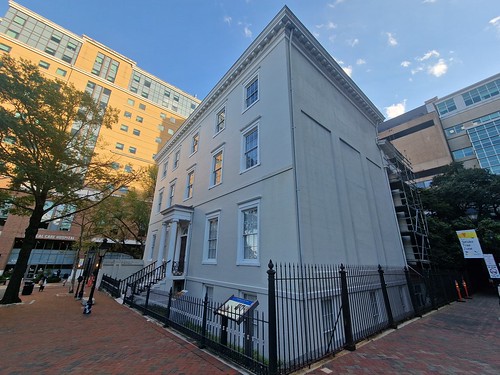 This was the house that was the executive mansion of the Confederate President Jefferson Davis between August 1861 and 2 April 1865, purchased by the Confederate government from Lewis Dabney Crenshaw who had used it as his residence in Richmond. If history had gone differently and the United States had broken into two permanently, this could be where the President of the Southern States would be residing today (albeit with a lot more security).

Davis not only lived in the property, but he had his government offices on the second floor of the building. Colonel Burton Harrison, the private secretary to Davis, also lived in the property so that he could be close at hand. Two of Davis’s children, William and Varina Anne, were born in this property, and one, Joseph, died here on 30 April 1864 after suffering a fall.

On 4 April 1865, just two days after Davis had left the building for the final time (or more fled), US President Abraham Lincoln came to the building, which was just ten days before he was to be assassinated in Washington DC. Lincoln had been visiting to discuss with leading politicians from Virginia how to rebuild the damaged state, but had deliberately only visited the first floor as he felt it was inappropriate to visit the private residence of Lewis. 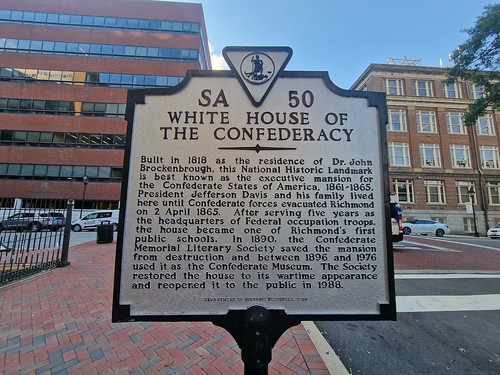 A heritage board about the building, which notes that it was nearly demolished in the late nineteenth century and it then became the Confederate Museum between 1896 and 1976. Today, the building is still a museum of the Civil War although the VCU hospital now surrounds it on all sides. I thought it was fascinating to see where the decisions were made on behalf of the Confederate states and also to known that Abraham Lincoln visited the property.