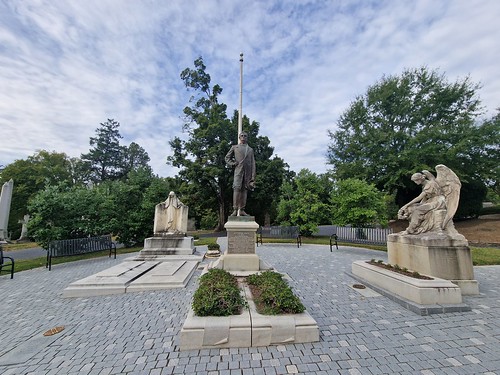 The history of the world would have been very different (and I doubt in a positive way) if this man, Jefferson F Davis, had been able to lead the Confederate States to a victory in the American Civil War. Davis was the only President of the Confederate States as it was a short-lived office, but for the years he was in power (1861-1865) he was a very important political figure around the world. By most accounts, he wasn’t the most competent of leaders and his time in office was very troubled to say the least. His support for slavery has also meant that his historical reputation has gone from one of respect at the time to one more of contempt, although as with everything, views differ. 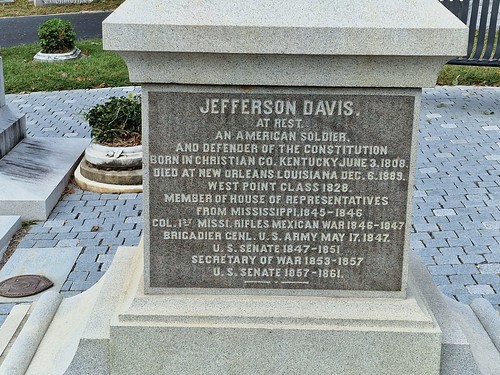 As this tablet suggests, Davis had previously been the Secretary of War between 1853 and 1857. Davis had close links to Richmond, it’s where he lived and was inaugurated as President and hence that was why he was buried here at Hollywood Cemetery, although other US cities put in claims as well. He had died and was buried in New Orleans, but his remains were quickly exhumed and transport to Richmond. 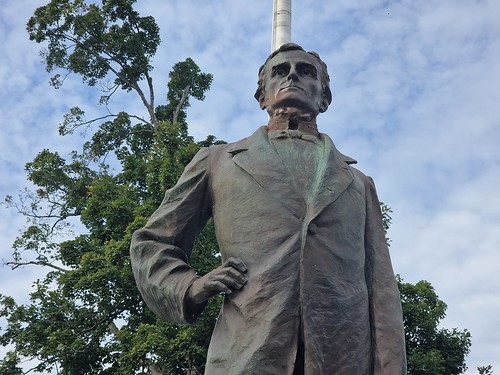 I’d like to think that his statue is safe in this graveyard, but images of Davis have been attacked throughout the United States over recent years. Davis was arrested after the end of the Civil War and many people tried to unite the nation that had nearly split in two, with Davis not being adverse to helping with that. Certainly a controversial figure even today, it was certainly interesting to see where he was buried.