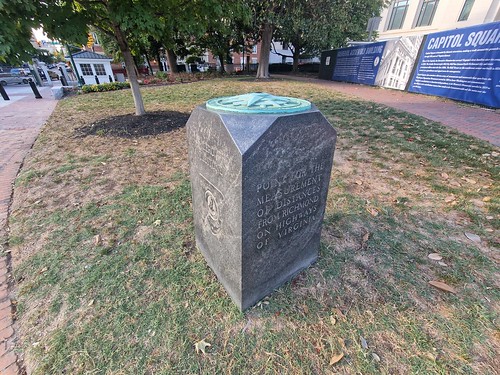 This is a bit like Charing Cross in London which is defined as the centre of London and from where distances are officially measured. This stone in Richmond was placed here in 1929 and it marks the measurement of distances for the roads in the state of Virginia. 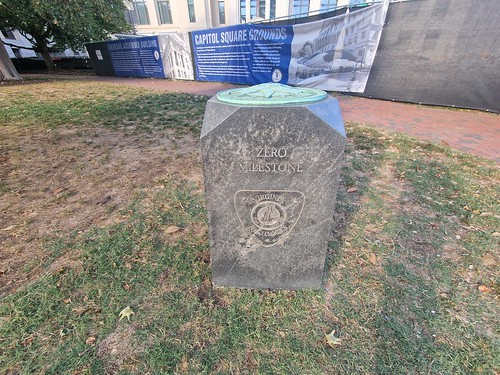 Noting that it’s the zero milestone. 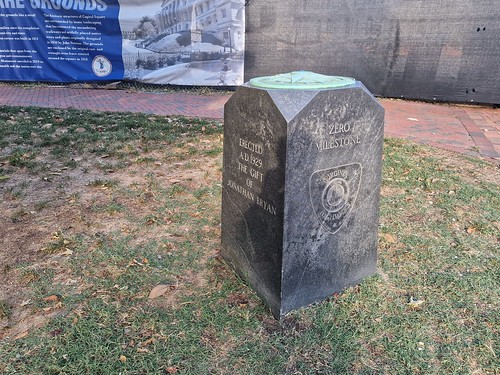 It was donated by Jonathan Bryan, the son of local newspaper editor Joseph Bryan and Isobel Bryan. It’s something different at least and he got a good location for his stone, right next to the Capitol building.