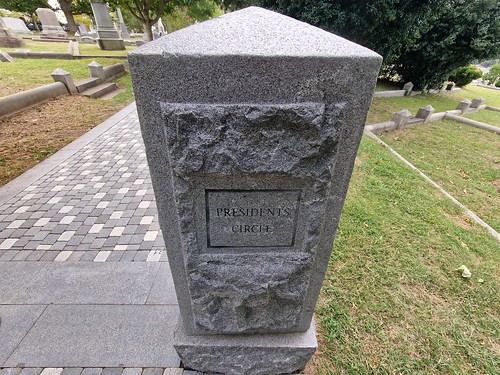 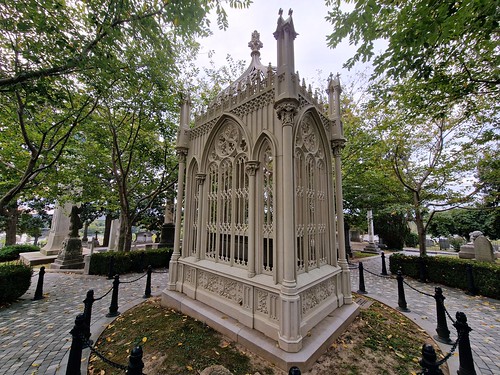 The grave of James Monroe (1758-1831) who was the fifth President of the United States, serving between 1817 and 1825, and one of the Founding Fathers. Often noted for the Monroe Doctrine, which defined the foreign policy of US politics for over a century, as well as being one of the people responsible for the Louisiana Purchase earlier on in his career. That purchase is still staggering, Monroe and others were meant to go and buy New Orleans from the French for no more than $10 million, but he managed to buy half of what is now the United States for $15 million. 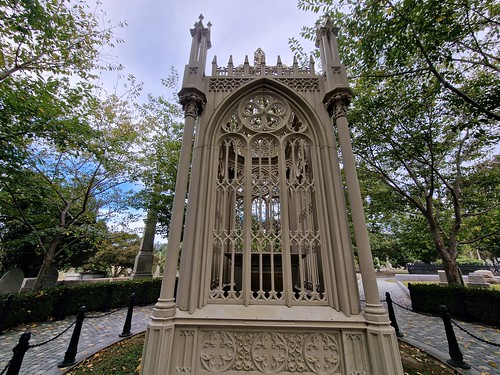 Quite an ornate exterior, Monroe was initially buried in New York at the Marble Cemetery and wasn’t re-interred here in Richmond for 27 years. I’m not entirely sure what he would have thought about that little arrangement.

And here he is in a painting by Samuel Morse from 1819. Two potential quiz questions here, Monroe died on Independence Day, 4 July, the third of the first five US Presidents to do so, but none have since. Also, with the exception of George Washington, he’s the only US President to have a capital city named after him, in this case, Monrovia in Liberia.