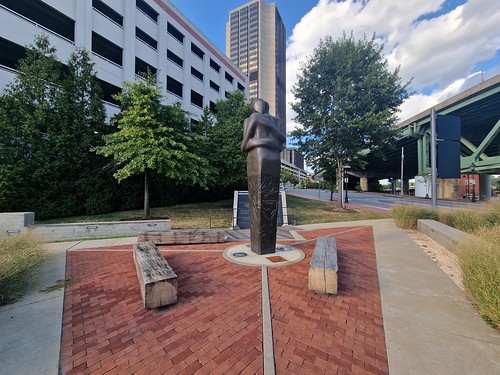 There are three identical versions of this statue, this one is opposite the main railway station in Richmond and the others are in Cotonou, Benin and Liverpool, marking the triangular nature of the slave trade. There’s more about this project at https://broadbent.studio/reconciliation-triangle. 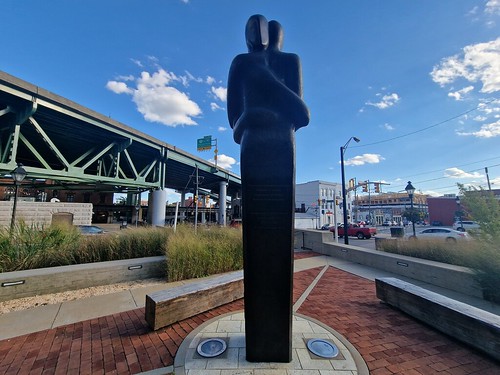 They picked this location in Richmond as it’s opposite the former slave market at Shockoe Bottom where over 350,000 people were sold into slavery between 1830 and 1865. Richmond has previously dealt with this part of its past in quite a clumsy manner, with no original buildings surviving and the site long since turned into a car park. This statue is part of an attempt to correct that situation and to tell the story of the city’s slave past. There’s still more to be done though, there’s meant to be an informational sign at the former slave market itself, but that has apparently disappeared and its use as a car park isn’t really ideal. 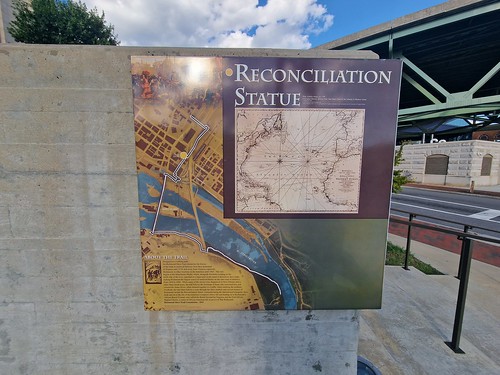 They’ve also created a walking trail, of which this is one of the signs. I didn’t have time to walk it, but it’s three miles in length and there’s more information about it at https://www.rva.gov/media/21606.